Follow
Home » Celebrities » Will Sarah Ferguson & Prince Andrew ever get kicked out of Royal Lodge?

Will Sarah Ferguson & Prince Andrew ever get kicked out of Royal Lodge? 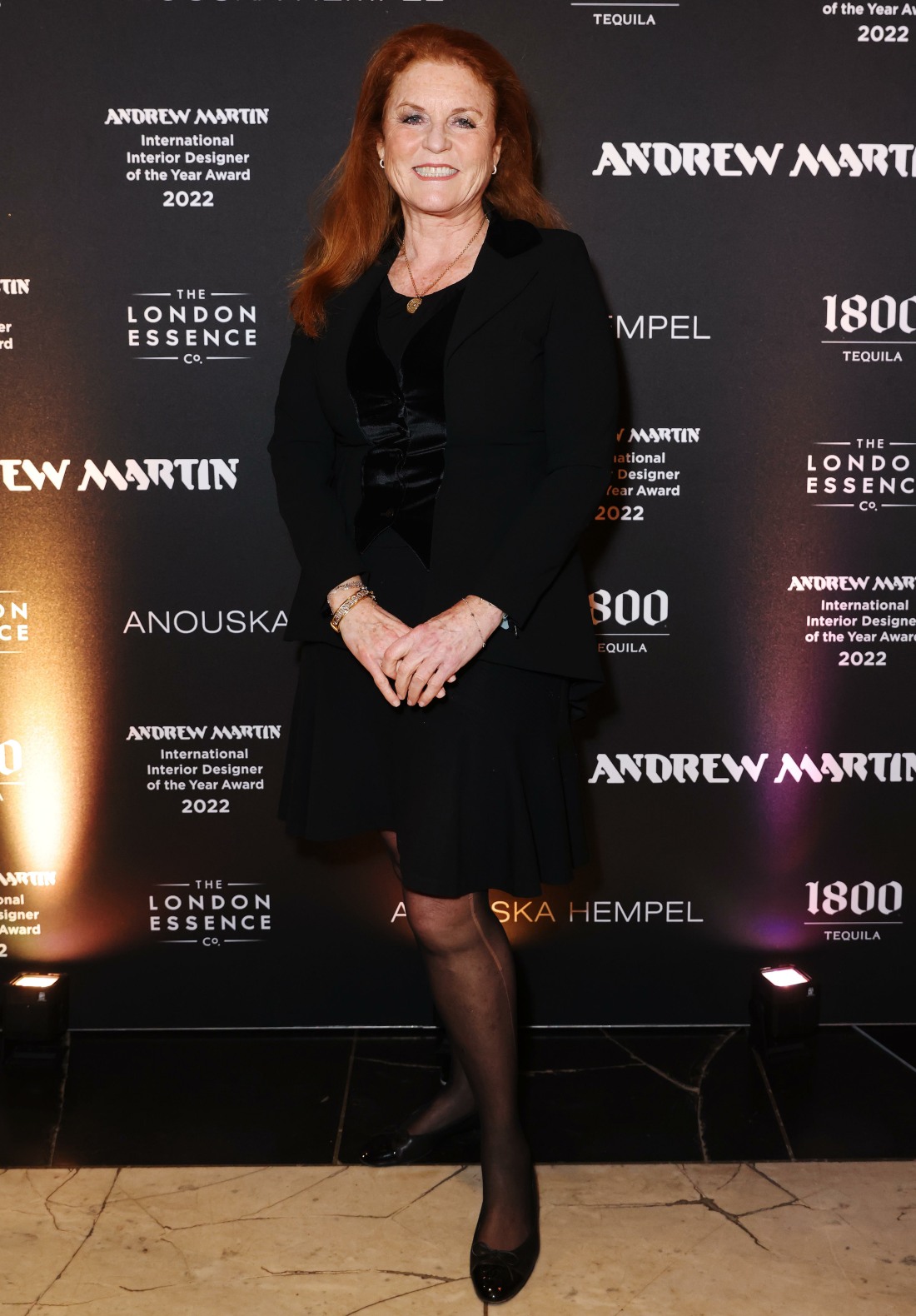 Here are some photos of Sarah Ferguson out in London last night at the Andrew Martin Interior Designer of the Year Award. It looks like Fergie was out to support someone specific, probably a friend, so this probably wasn’t a paid appearance. Although who knows? Fergie looks presentable, although the run in her stocking is Peak Fergie. I think it’s interesting that she still gets invited to these kinds of events. Her ex-husband does not.

I actually have to confess something… I was wrong about what King Charles would do to Fergie and Prince Andrew. I thought Charles would throw them out of Royal Lodge right away and exile them somewhere far, far away (like Scotland). So far, he hasn’t. Is Charles biding his time? Will they eventually be asked to leave Royal Lodge? I was thinking about that a few days ago, when Fergie posted photos of herself and QEII’s two dogs. These were Fergie’s birthday portraits (she turned 63) and they were taken on the Royal Windsor Estate, somewhere in the vicinity of Royal Lodge, where she lives rent free with her ex-husband. She and Andrew have made a very big deal about how they inherited QEII’s two dogs, Muick and Sandy and how they’re caring for the dogs in Windsor. It’s almost like Andrew and Fergie are saying to Charles: “You can’t kick us out of Royal Lodge now that we have custody of the Queen’s dogs!” It’s so… grasping.