As if the iPhone 14 Pro Max wasn’t expensive enough! Designers create a $135,000 version of Apple’s latest smartphone with a Rolex WATCH on the back

With a retail price of up to £1,749, the iPhone 14 Pro Max is one of the most expensive smartphones on the market.

But this price tag pales in comparison to a new version of Apple’s flagship smartphone, which has been kitted out with a Rolex watch. 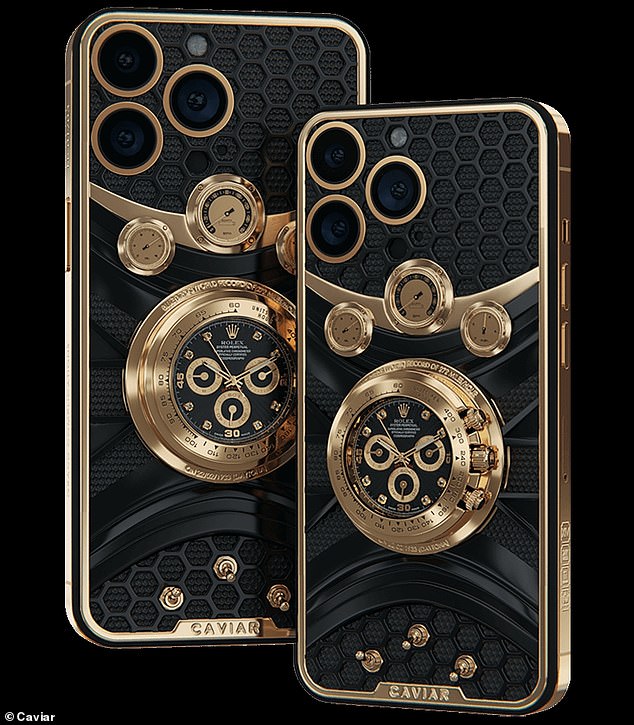 – Body made from titanium coated with black PVD

Caviar is known for its luxury spins on popular gadgets, having previously launched an iPhone case with a fragment of a real 80 million-year-old T.Rex tooth, 18K gold AirPods, and a ‘Tesla’ iPhone with its own solar panel.

But its latest offering, which it has named Daytona, is without a doubt one of the most decadent designs yet.

The body of the case is made from titanium coated with black PVD – the same coating used by Rolex to create its black dials, cases, and bracelets.

The key feature is a fully functioning Rolex Cosmograph Daytona – a 40mm, yellow gold watch face adorned with diamonds – which is embedded in the back of the phone.

‘Caviar craftsmen also strive to constantly surpass their own achievements,’ Caviar explains on its website.

‘This time, the target was an impressive iPhone 14 Pro with a Rolex watch embedded into the body.

‘Golden Rolex Daytona is a work of art in itself.

‘And now it gets combined with the latest Apple smartphone, which is perhaps the most relevant invention of humanity right now – a truly monumental work.’

Alongside the watch face are three decorative dials cast in 18K gold – a speedometer, and oil and fuel indicators.

In addition, the back of the phone features three dashboard switches, which are also made of 18K gold.

‘Decorative speedometers and switches made of gold create the image of the dashboard of the supercar, which marked the beginning of the great Rolex Daytona watch collection,’ Caviar added. 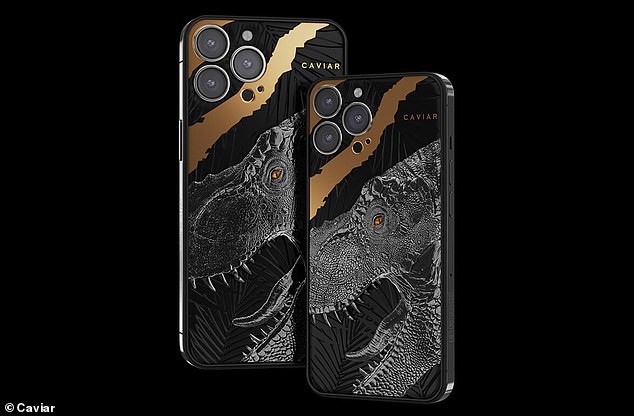 The launch of the Daytona comes shortly after Caviar unveiled a version of the iPhone 13 Pro Max containing a fragment of a real 80 million-year-old T.Rex tooth

If that hasn’t put you off, you’ll have to be quick – Daytona is a limited edition model, with just three phones available.

The launch of the Daytona comes shortly after Caviar unveiled a version of the iPhone 13 Pro Max containing a fragment of a real 80 million-year-old T.Rex tooth.

The Tyrannophone is part of Caviar’s new Tera collection, and also features an image of a T.Rex.

‘Unique iPhone 13 Pro Tyrannophone is adorned with a 3D image of a dinosaur head that strikes fear into the hearts of your competitors with a gaze of its yellow eye, made of pure amber,’ Caviar explained.

‘The predatory grin of a monster is not just an element of decor, but also an element of exclusivity and uniqueness, because one of the teeth of a tyrannosaurus is real!

‘It contains an insert from a fragment of a real Tyrannosaurus tooth, 80 million years old.’ 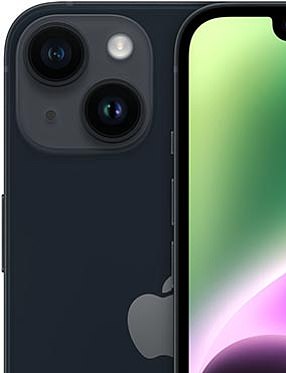 They support satellite connectivity that will let users send satellite SOS messages if they’re caught in an emergency without service.

They also have technology that can detect when users are in a car crash and automatically call emergency services, thanks to a dual-core accelerometer that can detect G-force measurements when vehicles are hit.

They will be available in the colours midnight, starlight, blue, purple and red. 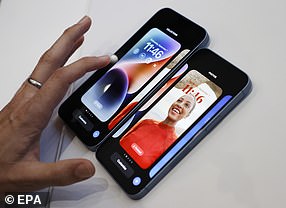 They have more advanced cameras than the standard and Plus models, and a sophisticated pill-shaped notch at the top of the screen, called ‘Dynamic Island’.

Dynamic Island hides the front-facing camera but also changes size to show important alerts, notifications, and activities, blurring the line between hardware and software, according to Apple.

They also have satellite connectivity and car crash detection technology, and will be available in the colours deep purple, silver, gold, and space black. 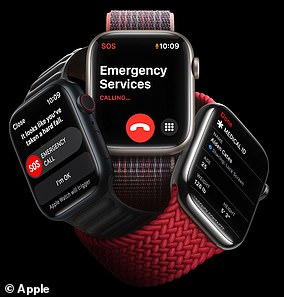 The £419 ($399) Apple Watch Series 8 has an Always-On display – meaning the screen shows a small amount of quickly glanceable information when it’s idle.

It also has a strong crack-resistant front crystal, a temperature sensor that provides estimates of when a female wearer is ovulating and the same crash detection technology as the iPhone 14.

The battery of the Series 8 can also go for longer – up to 36 hours from a single charge – than that of the SE 2, thanks to a low power mode. 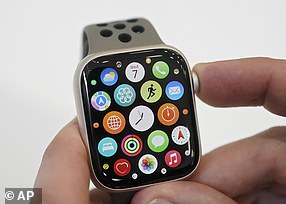 Apple Watch SE 2 delivers some of the Series 8’s advanced features, including crash detection, at a lower price (starting from £259 or $249).

It does have the ovulation feature, but it’s less comprehensive than on the Series 8.