Follow
Home » Science » A NASA probe successfully collected 2 oz. of space rock from a distant asteroid and is blasting its way back to Earth

A NASA probe successfully collected 2 oz. of space rock from a distant asteroid and is blasting its way back to Earth

A spacecraft carrying around 2 ounces of dust from the surface of an asteroid is on its way back to Earth.

The spacecraft, called OSIRIS-REx, launched its thrusters for 7 minutes on Monday to leave the asteroid Bennu, NASA said in a statement on Monday.

The probe had collected 60 grams, or about 2 ounces, of carbon-rich space dust, NASA said.

This is the largest sample collected since the manned Apollo missions to the Moon, the BBC reported.

A video from NASA’s Goddard Space Flight Center in Greenbelt, Maryland, shows what the next steps are for the spacecraft:

If all goes to plan, the spacecraft should circle the sun twice before it comes close to Earth. 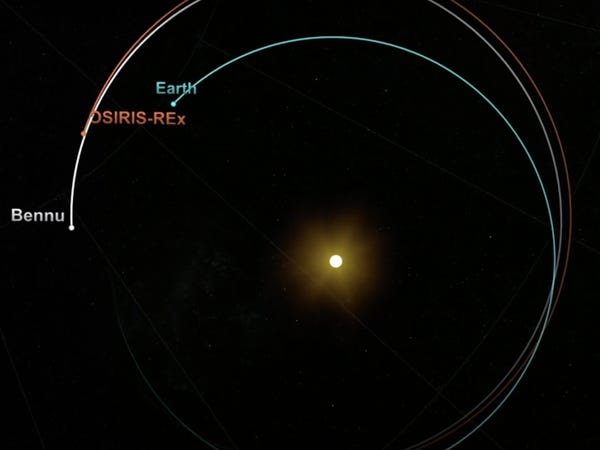 Once it is within 6,000 miles of Earth, a capsule carrying the samples should be released.

NASA expects the sample will land in the desert in Utah on September 24, 2023.

OSIRIS-REx was launched almost five years ago. It is the first mission NASA has sent to collect samples from an asteroid, CNN reported.

Its main purpose was to confirm whether measurements made from Earth were accurate, NASA said in a statement.

Information such as this could be a stepping stone for future space missions going into deeper space.

OSIRIS-REx first got close to Bennu in 2018. Before collecting the samples, it circled the asteroid, collecting information and planning where to land.

The 20 ft. long, 8 ft. wide probe is also carrying tools, such as spectrometers and a camera, which took measurements of the asteroid’s surface. 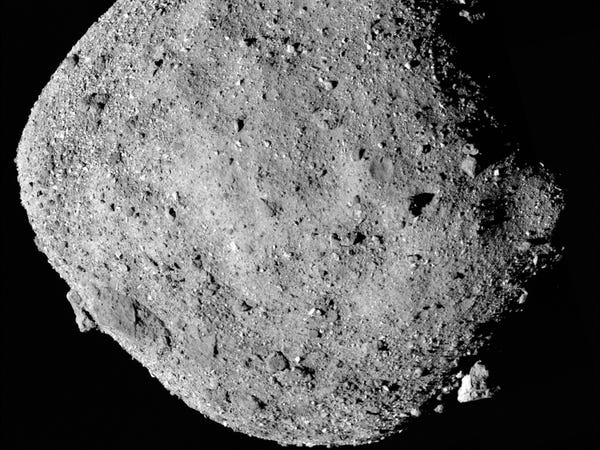 These measurements have already confirmed predictions from NASA that the asteroid’s carbon-rich soil contained oxygen and hydrogen molecules.

This suggests that Bennu might have interacted with water at some point.

The scientists were surprised to see, when the probe got closer, that the asteroid’s surface was not smooth, as they had predicted, but instead was littered with boulders.

This made the descent to the asteroid more tricky.

It finally touched down on Bennu on Oct 20, 2020. The collection arm shot out nitrogen, which disturbed the asteroid’s surface to bring the sample into the collection chamber, Insider’s Morgan McFall-Johnsen reported. 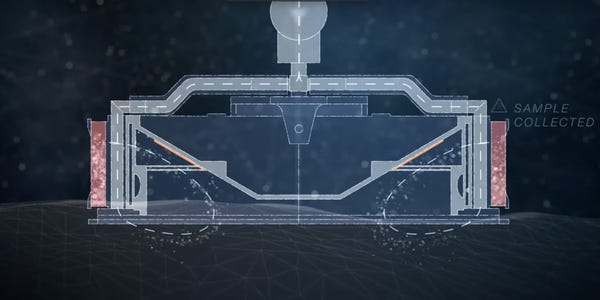 Onboard cameras showed how it sucked up dust from the asteroid’s surface to store it in a container.

asteroid, Earth, nasa probe, surf
You may also like: