How does YOUR town stack up? Carbon footprint calculator reveals Britain’s greenest locations where a QUARTER have ditched meat and 20% rarely buy new clothes

Britain’s greenest locations have been revealed by an online carbon footprint calculator, with the Welsh county of Ceredigion topping the list.

Of the people across this area, which includes the town of Aberystwyth, a fifth rarely buy new clothes and one-in-ten people have their own solar panels.

The place with the worst carbon footprint — at 15.08 tonnes of carbon dioxide equivalent (CO2e) per person, compared with Ceredigion’s 10.8 — was Hounslow.

This London borough’s high carbon footprint was, as with the other worst offenders, driven by its travel footprint, with 16 per cent of people taking long-haul flights.

Ratings for each area were drawn up based on 326,579 people across the country filling out the calculator, which was made by SEI York and the WWF.

The data revealed that positive environmental changes are being made in the UK.

For example — across the study period of February 2019 and October 2020 — the average person’s carbon footprint decreased by 17 per cent.

Furthermore, there was a 25 per cent increase in the number of people adopting environmentally friendly vegan or vegetarian diets during the 15 month period. 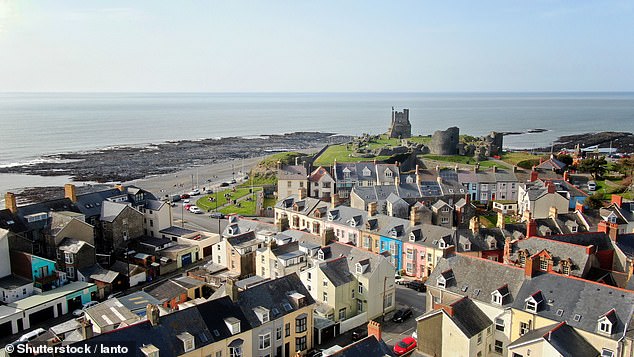 Britain’s greenest locations have been revealed by an online carbon footprint calculator, with the Welsh county of Ceredigion topping the list. Pictured, Aberystwyth, in Ceredigion 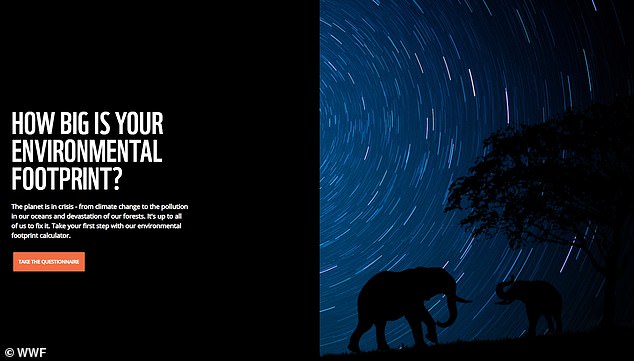 Ratings for each area were drawn up based on 300,000 people across the country filling out the carbon footprint calculator, pictured, which was made by SEI York and the WWF

‘Meeting our climate targets will require a combination of small and big changes, such as maintaining a reduction in international travel, which is needed to bring down personal footprints.’

‘Changing consumer behaviours are a very important component of moving towards a low-carbon future, but these must also be complemented by a rapid transition towards renewable energy and a circular economy.’

The carbon calculator asks respondents to answer 24 questions that cover a range of lifestyle and consumption habits under the four main categories of ‘food’, ‘travel’, ‘home’ and ‘stuff’.

From this, each person’s carbon footprint was calculated using a model that was developed by the Stockholm Environment Institute and the University of Leeds.

The vast number of people who filled out the calculator during the study period has made its dataset the largest known of its type.

Over the 15-month study period, the data also revealed a doubling in the number of respondents on 100 per cent renewable energy tariffs (from 12 to 21 per cent) — a switch that saves 2.9 tonnes of carbon dioxide equivalent a year per person.

The largest contribution to individual people’s carbon footprints was travel — making up 30 per cent on average — with COVID-19 restrictions serving to bring this contribution down thanks to a decrease in flights.

However, even before the pandemic lockdowns, more than 60 per cent of respondents said that they never used public transport.

THE TOP FIVE TOWNS AND CITIES

45% walk/cycle or use public transport

THE BOTTOM FIVE TOWNS AND CITIES

59% have no loft insulation

Only 29% have a condensing boiler

But 67% use public buses each week

But 67% travel by train each week

86% walk/cycle or use public transport 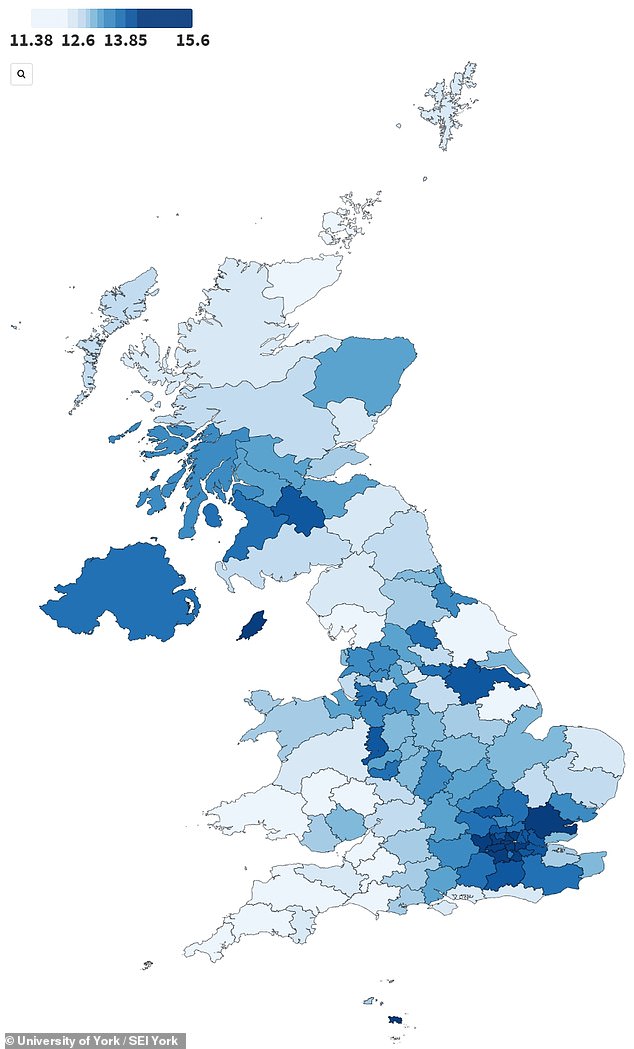 ‘The doubling in take-up of 100 per cent renewable energy tariffs is particularly positive as this can be a cheap and easy way for people to make a real cut in their emissions,’ he explained.

‘Travel is another important area for carbon savings and as we come out of lockdown, making deliberate decisions to walk, cycle and safely use public transport are small choices that make a big difference.’

‘In this critical year for environmental action, it’s vital that people also use their voices to ask businesses and government to commit to the scale of transformation needed to tackle climate change and limit warming to 1.5°C [2.7°F].’

The carbon counter — which can help you assess how to reduce your carbon footprint — can be found on the WWF website.

In June 2017, President Trump announced his intention for the US, the second largest producer of greenhouse gases in the world, to withdraw from the agreement.