You can teach a grumpy dog new tricks! Irritable pups are better at learning skills from a stranger than their more friendly peers, study reveals

Grumpy pet dogs are better at learning news skills from observing a human stranger than more pleasant pooches are, a study has found.

Researchers from Hungary grouped dogs into two categories based on their behavioural traits — and then tested their ability to learn by watching others.

While all the dogs tended to learn just as well from other dogs and their owners, the grumpy dogs appeared to have an advantage when learning from other humans.

However, the researchers said, more research will be needed to find out exactly why this is the case. 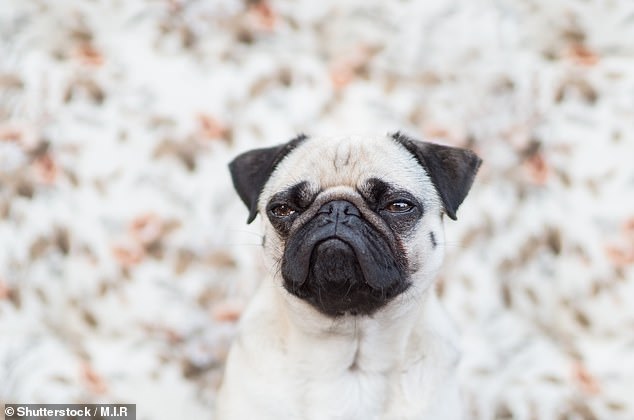 Grumpy pet dogs are better at learning news skills from observing a human stranger than more pleasant pooches are, a study has found (stock image)

The researchers said that the following characteristics merited including individual dogs in their experiment’s grumpy group:

The study did not look at which breeds were ‘most grumpy’, however.

The new study was undertaken by animal–human interaction expert Peter Pongrácz and colleagues at the Eotvos Lorand University in Budapest — and built on past research which showed that dominant and submissive dogs can learn differently.

Both experiments used the same core test, in which the subject dog had to retrieve a treat or favourite toy from behind a V-shaped wire fence, a challenge which forces them to overcome their natural instinct to head straight at their target.

‘It’s quite a difficult task for a dog when they are on their own,’ Dr Pongrácz explained to the New York Times, nothing that, as social learners, canines can learn the solution to the problem by watching other dogs or humans do the same first.

In their previous work, the researchers revealed that the dominant dogs in multi-hound households were relatively bad at learning from other dog.

In contrast, their more submissive counterparts were much better — perhaps from being more practiced at keeping an eye on what other dogs are doing.

When a human demonstrated how to overcome the fence problem, however, both dominant and submissive dogs were seen to be equally capable at learning.

Based on this last observation, Dr Pongrácz and colleagues decided to focus their latest experiment on the relationship between dogs and their owners — while seeing if canines with given behavioural characteristics would fare differently.

Based on personality tests, the team sorted dogs into groups based on whether they were more ‘grumpy’ — as exhibited by a greater frequency of snapping and snarling and higher energy levels, while not being exactly aggressive — or more agreeable.

Running the same fence test again, the researchers found that both grumpy and agreeable dogs fared as well as each other when they had to figure out the solution by themselves, or if they learnt the answer by watching their owners.

A difference emerged when a stranger demonstrated the path to the treat, however — the grumpy dogs picked up on the example much faster.

‘They were more attentive,’ Dr Pongrácz told the New York Times — although the exact reason for why that was remains to be determined, he added. 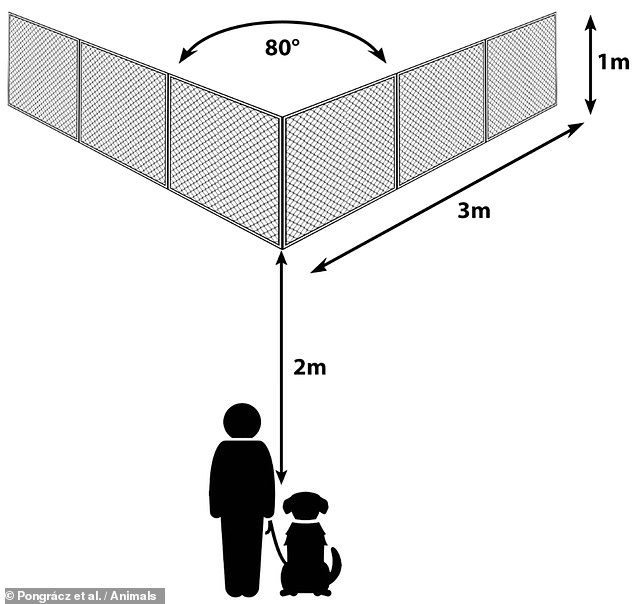 Both experiments used the same core test, in which the subject dog had to retrieve a treat or favourite toy from behind a V-shaped wire fence, a challenge which forces them to overcome their natural instinct to head straight at their target

Monique Udell — an animal behaviour expert from the Oregon State University who was not involved in the present study — told the New York Times that ‘individuality of dogs and lifetime experience influence performance and all sorts of tasks.’

However, she noted, it seemed to her that the characteristics picked to define the grumpy dog category seemed to go in two different directions.

This, she continued, led her to wonder whether the behavioural tendencies might be better explained by something other than grumpiness.

The full findings of the study were published in the journal Animals.

Bette, dogs, grumpy, Learn, skills
You may also like: