Man rejected from job interview before it starts after reception test 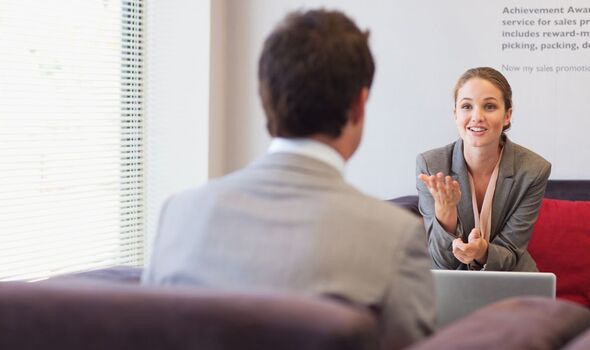 A man who was rejected from his job interview before it even began after failing a simple test at reception.

It goes without saying that you should be nice to everyone you come across, no matter their position.

Something the interviewee will remember in the future after making a bad impression at his interview.

His potential boss has shared the single mistake he made which meant he had no chance of getting the job.

On the “Life Pro Tips” forum on Reddit, she warned readers to ensure they treat everyone with respect, reports The Mirror.

She wrote: “Today, a candidate blew his interview in the first 5 minutes after he entered the building.

“He was dismissive to the receptionist. She greeted him and he barely made eye contact.

“She tried to engage him in conversation. Again, no eye contact, no interest in speaking with her.

“What the candidate did not realize was that the “receptionist” was actually the hiring manager.

“She called him back to the conference room and explained how every single person on our team is valuable and worthy of respect.

“Due to his interaction with the “receptionist,” the hiring manager did not feel he was a good fit. Thank you for your time but the interview is over.

“Be nice to everyone in the building.”

Lots of people on Reddit agreed that it was essential to ensure you were polite to everyone – which sounds like a no-brainer.

One person wrote: “BINGO! After a candidate leaves one of the first things those involved in the interview will do is speak to the receptionist and ask them how the interviewee treated them.

“The person could be the best person for the position but if they treated the receptionist like c***… they are done!

“If they treated the receptionist like s*** when on their best behaviour imagine how awful they will treat them once they get the job.

“Same goes for any cleaning staff. They are consulted, too.”

Another shared: “I got hired once because I held the door for the janitor coming in with his cart.

“The receptionist said, ‘that’s so nice of you.’. I said it was just decency, but apparently, she was in the hiring manager’s ear later that day.

“The choice was between me, and someone more knowledgeable, but he was a p****… so they went with me.”

After some questions, the woman confirmed that they did further research into the candidate.

She replied to one inquiry: “He does not have ASD. That was absolutely not the situation.

“Later in the day, got confirmation from another source in the industry that the guy is kind of jerk, especially to women.

“We have a staff member with ASD who does great work.

“Not client-facing, but the work he does is incredibly important to the success of our business.”

Another person commented: “My only question about this is I have horrible anxiety and struggle to focus on stuff other than the actual process so I’m sure I’ve blanked on responding to a receptionist.

“Not because I’m a rude person but purely because I just struggle to pay attention to everything because of the other stuff I’m thinking of.

“So this is actually nice and reminds me I need to make sure to interact.

“Granted had I been not nice. I always make sure to apologize as soon as I am able to if I recognize it. Even if I don’t get the job.”