The US space agency has announced that its Perseverance Rover, which has been exploring the Red Planet for signs of ancient life, is now heading towards what they have described as the “Enchanted Lake”. The researchers operating the Rover that has been scouring Mars since February last year, noted that after spending an extended period at the Wildcat Ridge, they are heading to the Lake, which lies in the Jezero Crater.

The outcrop was formed as thin layers of mud, silt and sand solidified into Martian rock over time.

The NASA researchers are particularly interested in this lake, as they believe that the formations could be one of their best chances to collect rocks containing remnants of ancient microbial life.

A massive fan-shaped collection of rocks and sediment at the western edge of Jezero Crater, the delta formed at the convergence of a Martian river and a crater lake billions of years ago.

NASA scientists are excited about the possibilities the Enchanted Lake contains, with deputy project scientist Katie Stack-Morgan saying: “Hazcam images are mainly used by the mission’s engineers to assist with driving and placement of the rover’s arm. 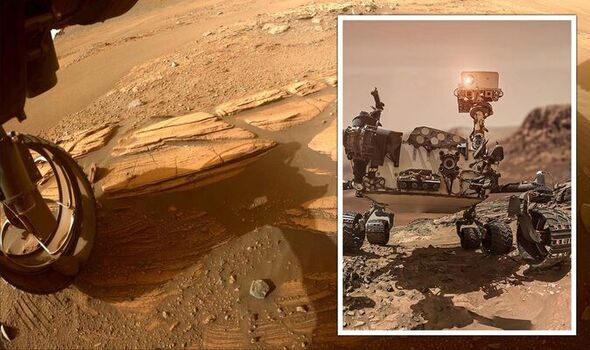 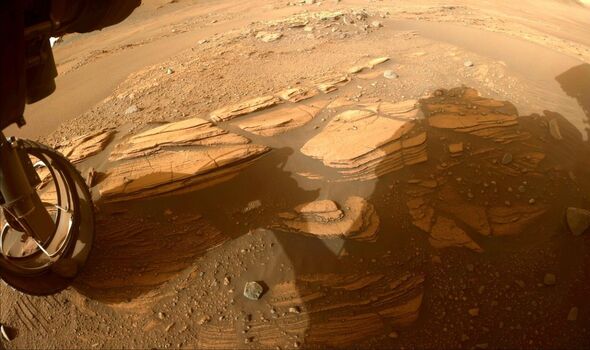 “But when I saw the Hazcam image of Enchanted Lake, it was love at first sight.

“This image provided our first up-close glimpse of sedimentary rocks – the ones I’ve been most eager to explore since Jezero was named the landing site for Perseverance nearly four years ago.”

The Perseverance is expected to arrive back at the Lake in early September, by which time the team hopes to have finished checking to see if the Rover’s sampling system is clear of any debris.

Despite the extraordinary potential findings the Perseverance Rover could obtain, researchers will have to wait until the early 2030s to examine the sample after NASA-ESA‘s Mars sample return campaign. 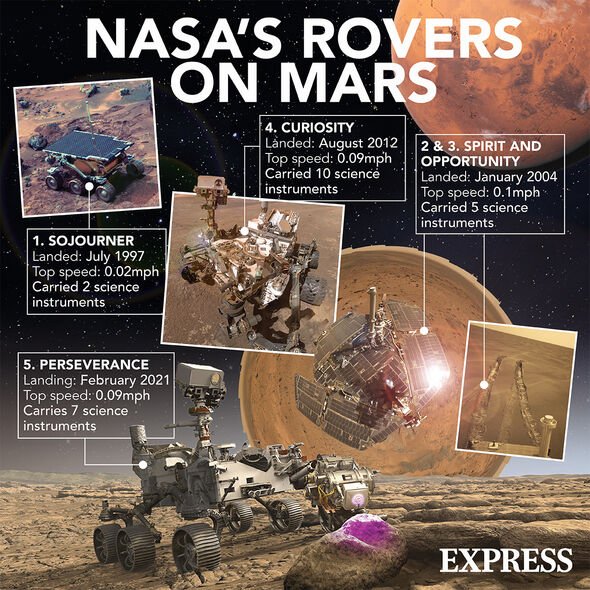 Meanwhile, NASA researchers have recently faced disruption after discovering debris in the rover’s sampling system, and are looking to resolve the problem before the rover reaches the Enchanted Lake.

Over the past few weeks, Perseverance has collected four sets of samples, however, the team fears that the debris could disrupt future operations.

“The rover team feels comfortable moving forward due to progress made in its FOD investigation. 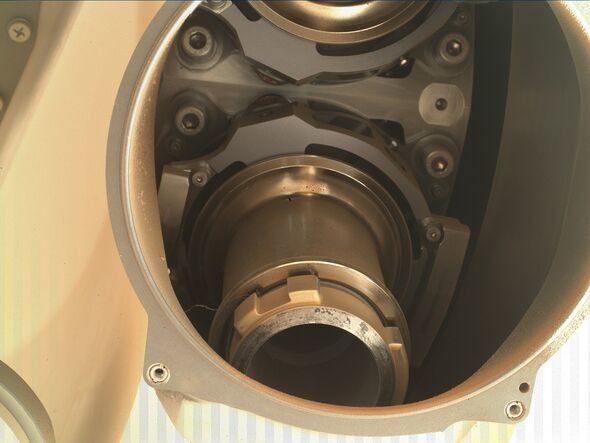 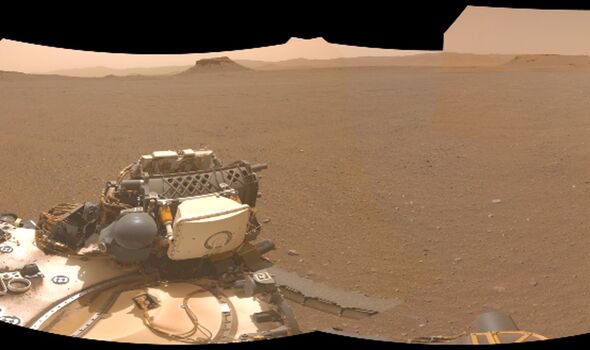 “Since first identified August 5 in imagery of the rover’s sample collection system after a 12th rock core sample was taken, the FOD has been the focus of several methodical diagnostic activities in an attempt to better understand the nature of the debris.”

Scientists at NASA have decided to focus the Perseverance’s investigations on the Jezero Crater as billions of years ago, it is believed the site hosted a lake and a river delta and could provide valuable information about the possibility of ancient life on Mars.