Space DOES effect mental health! Astronauts experience a decline in positive emotions throughout the entire mission – even if they nearing the return to home, study finds

As a crewed mission to Mars becomes closer to reality, scientists are examining the possible effects of extended space travel on astronauts’ well-being—including on their mental health.

A new study attempts to predict that psychological toll by looking at scientists stationed in remote research stations in Antarctica.

The isolated researchers reported feeling symptoms of anxiety and depression at various points in their stay at the South Pole.

But the most notable change among the subjects was a continuous decline in positive emotions like satisfaction, enthusiasm and awe, from the start of the mission to its completion.

Those ‘feel-good’ emotions didn’t even increase as the mission neared its end, a common phenomenon often referred to as a ‘third-quarter effect.’

Scroll down for vide 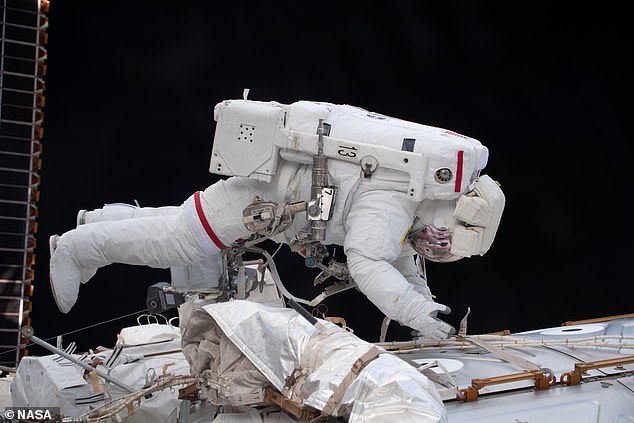 In a study published this month in the journal Acta Astronautica, Alfano and her team studied scientists housed at two research stations in Antarctica, one inland and one coastal.

Antarctica’s extreme environment shares a variety of stressors with the cold depths of space, including confinement, isolation, monotony, a lack of privacy, and altered light-dark cycles.

Using the MCHL, Alfano’s team tracked the polar scientists’ psychological well-being over a period of nine months, including the harshest portion of winter. 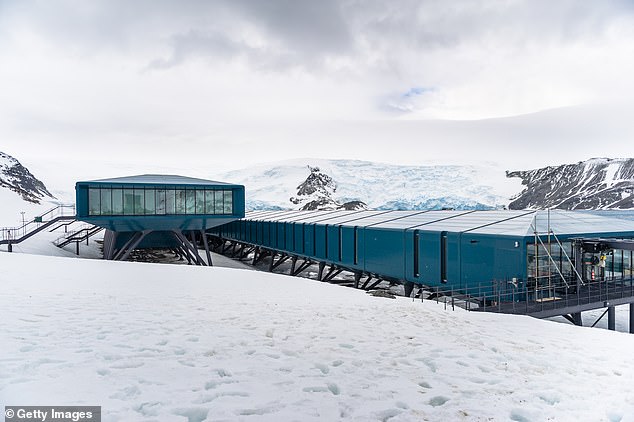 Scientists stationed in Antarctica reported a steady decline in positive emotions like satisfaction, enthusiasm and awe, from the start of the mission to its completion. Pictured: a research station on King George Island, Antarctica

They also recorded changes in their physical complaints and levels of stress hormones, like cortisol.

‘We observed significant changes in psychological functioning, but patterns of change for specific aspects of mental health differed,’ Alfano said.

‘The most marked alterations were observed for positive emotions such that we saw continuous declines from the start to the end of the mission, without evidence of a ‘bounce-back effect’ as participants were preparing to return home.’

‘But positive emotions — such as satisfaction, enthusiasm and awe — are essential features for thriving in high-pressure settings.’

The psychologists found increased anxiety and depressive symptoms among researchers enduring extended stays at the stations, but the results were varied and often came with complaints of physical ailments.

Reports of the absence of ‘feel good’ emotions were more universal, according to the study, and participants tended to use fewer effective strategies for increasing their positive emotions as their time at the stations went on.

‘Both the use of savoring – purposely noticing, appreciating, and/or intensifying positive experiences and emotions – and reappraisal – changing the way one thinks about a situation – decreased during later mission months compared to baseline.,’ said Alfano.

‘Interventions and counter measures aimed at enhancing positive emotions may, therefore, be critical in reducing psychological risk in extreme settings.’

People who consistently lose sleep tend to have trouble concentrating and making decisions. 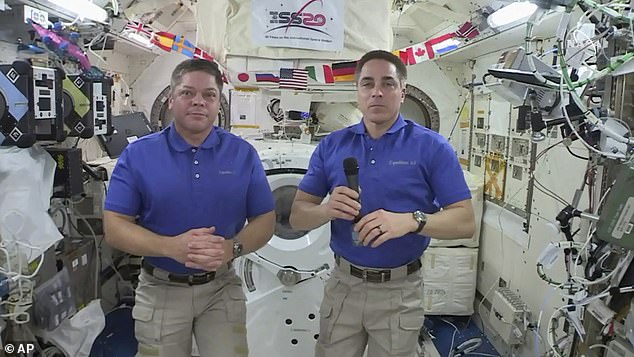 The isolated researchers reported feeling symptoms of anxiety and depression at various points in their stay at the South Pole, which experts say is similar to what astronauts like ASA astronaut Chris Cassidy, right answers a question as fellow astronaut Robert L. Behnken could feel while in space

In an essay in the collection Angles 2019, psychiatrist Tyler Moore cautioned that radiation, filtered out by Earth’ atmosphere, could have an untold impact on mental health.

It’s known to cause radiation sickness and nervous system damage, and can increase the chances of getting cancer.

Zero gravity can also be a risk factor: Earlier this month researchers from the University of Texas reported the lack of gravity on the ISS redirected blood away from astronauts’ arms and legs to their brain, causing pressure to build up inside the skull and the pituitary gland to shrink.

The researchers took MRI scans of 11 astronauts’ brains before and after missions on the orbital space station.

After their time in zero gravity, their brains and cerebrospinal fluid had expanded.

Their pituitary glands, which govern vital functions from growth to body temperature, had gotten measurably smaller.

The team suspects that if an astronaut spends too long outside Earth’s gravity, this could lead to difficulty walking, problems with bladder control and an increased risk of developing dementia.

Option being considered to counter the effect include is the creation of artificial gravity with a large centrifuge and using negative pressure on the lower limbs.