'Splooting' squirrels are 'freaking people out' in San Francisco Bay

‘Splooting’ squirrels are ‘freaking people out’ in the San Francisco Bay: Animals are spotted stretching out on the ground all over the city to cool down in record-breaking heatwave

The San Francisco Bay area is experiencing a record-breaking heatwave that is causing squirrels to stretch out on the ground in order to release their body heat into the environment – and this act of ‘splooting’ is ‘freaking out’ people.

Numerous reports of the grounded, motionless squirrels have been reported to wildlife facilities, with WildCare in San Rafeal receiving ‘lots of calls about hot animals, including reports of squirrels ‘spread out flat,’ according to SFGate.

The splooting is a way for squirrels to beat the heatwave that is gripping the Bay area, and other parts of California, which has brought temperatures soaring above 110 degrees Fahrenheit.

Officials are advising people to stay away, as squirrels do bite, but those looking to help can give water in a plate-like dish to help keep them hydrated. 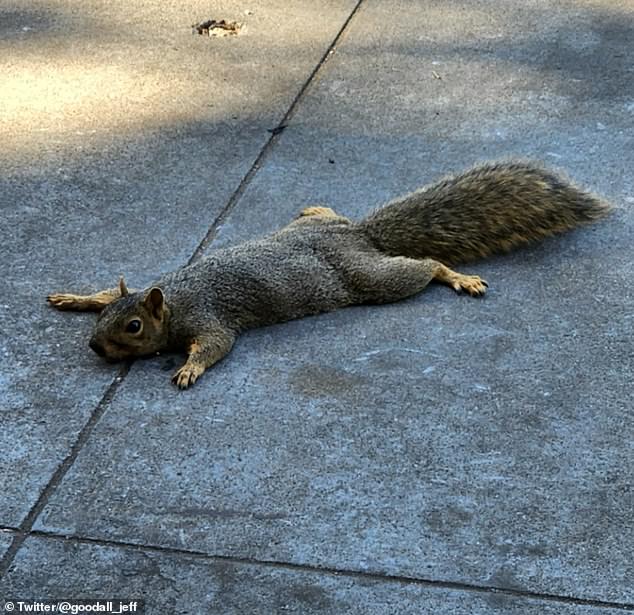 Splooting is seen among a range of animals, especially dogs and cats, which have fur coats that trap their body heat. The term is especially associated with Welsh corgis.

Many California residents were previously unaware about the term ‘splooting’ and assumed the squirrels were either sick or injured, but officials are notifying people that the animals are just dumping their body heat.

Splooting squirrels have also been reported in New York and Colorado, two other US states that experienced a heatwave this summer.

Authorities from all three states have made announcements regarding the splooting squirrels, telling residents to just leave the animals be. 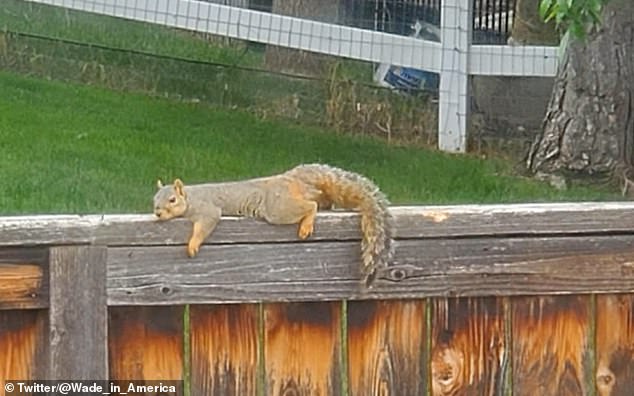 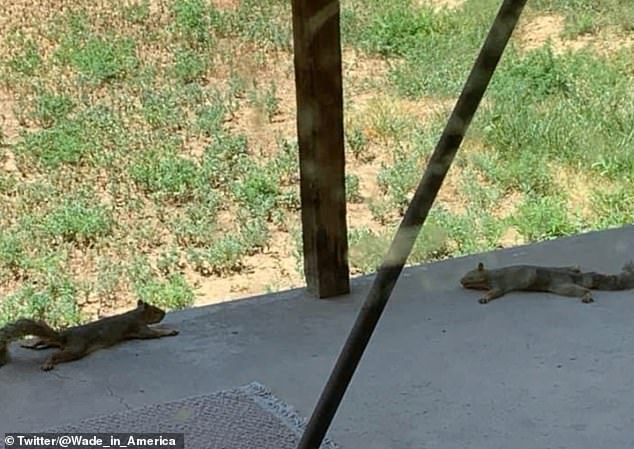 However, if the squirrel appears young or it has fallen from a tree, then it is wise to notify wildlife officials.

Alison Hermance of WildCare in San Rafael told SFGate that the facility has seen an influx of f “young squirrels coming in with heat stroke” this summer, as well as “calls about hot deer, and about birds literally falling on their sides, panting with the heat.”

New York City squirrels were splooting in August when temperatures reached a high of 95F.

The NYC Parks department tweeted on August 9: ‘If you see a squirrel lying down like this, don’t worry; it’s just fine.

‘On hot days, squirrels keep cool by splooting (stretching out) on cool surfaces to reduce body heat. It is sometimes referred to as heat dumping.’

During the colder months, squirrels will also sploot so that they can get warmer.

On September 6, California Governor, Gavin Newsom, asked all residents to reduce their consumption at peak hours as the state braced or ‘a new historic all-time high for the grid.’ 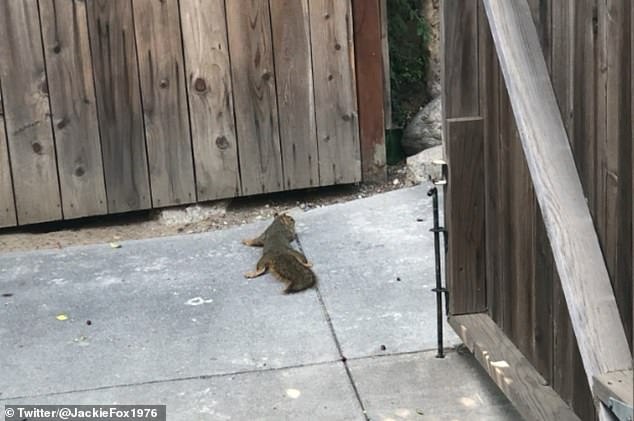 Officials are advising people to stay away, as squirrels do bite, but those looking to help can give water in a plate-like dish to help keep them hydrated

PG&E said there were 6,557 customers without power throughout the Bay Area, with the northern and southern suburbs of San Jose, Livermore, Danville, and parts of San Francisco hardest hit.

Late on Tuesday morning, solar was supplying about a third of the state’s power demand. That will decline overnight.

Residents were asked to cool their homes before 4pm, setting the thermostat to as low as 72 degrees.

They were asked to run their washing machines and dishwashers, and charge their electric vehicles.

They were also advised to keep blinds and drapes closed to lower the temperature.