TikTok is facing the prospect of a £27 million fine for breaking UK data protection law by failing to protect children’s privacy when using the platform.

The Information Commissioner’s Office (ICO) has issued the social media company with a notice of intent – a legal document that precedes a potential fine.

It states that, between May 2018 and July 2020, TikTok may have processed the data of children under the age of 13 without appropriate parental consent.

It may also have failed to provide proper information to its users in a ‘concise, transparent and easily understood way’, and processed ‘special category data’ without legal grounds to do so.

The maximum fine the ICO can impose would be based on a calculation of 4 per cent of TikTok’s global annual turnover.

‘We all want children to be able to learn and experience the digital world, but with proper data privacy protections,’ said Information Commissioner John Edwards.

‘Companies providing digital services have a legal duty to put those protections in place, but our provisional view is that TikTok fell short of meeting that requirement.

‘I’ve been clear that our work to better protect children online involves working with organisations but will also involve enforcement action where necessary.’ 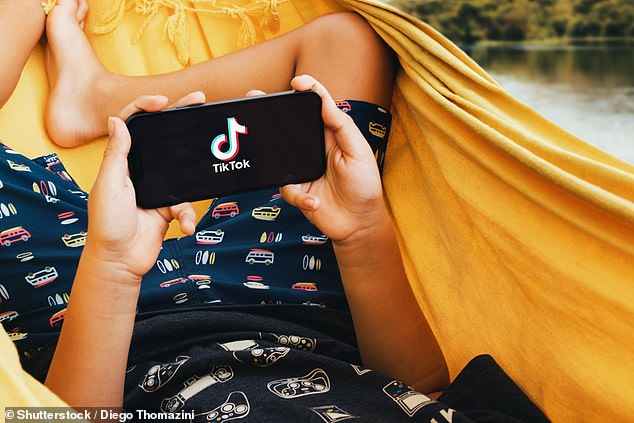 The ICO said its findings in the notice are provisional, with no conclusion to be drawn at this stage that there has been any breach of data protection law 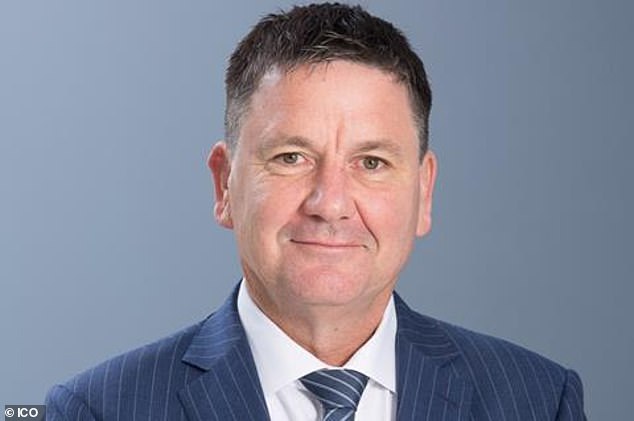 Information Commissioner John Edwards said: ‘We all want children to be able to learn and experience the digital world, but with proper data privacy protections’

Young schoolchildren are missing out on the equivalent of one full night of sleep a week, with their sleep worse the more time they spend on social media.

Children aged ten are recommended to get nine to 12 hours of sleep a night, with less sleep linked to poor performance at school and risky behaviours.

But a study found ten-year-olds who use social media more have worse sleep, and that this age group now only get 8.7 hours of sleep a night on average.

Added up over a full week, that is the equivalent of one full night’s missed sleep.

Mr Edwards, who began his five-year term as Information Commissioner in January, said the ICO was also looking at more than 50 other online services to see if they were conforming with the Children’s Code.

He also said the ICO has six ongoing investigations looking into companies providing digital services who haven’t, in the ICO’s initial view, taken their responsibilities around child safety seriously enough.

Rolled out in September last year, the Children’s Code put in place new data protection codes of practice for online services likely to be accessed by children, built on existing data protection laws, with financial penalties a possibility for serious breaches.

The ICO said its findings in the notice are provisional, with no conclusion to be drawn at this stage that there has been any breach of data protection law.

It added: ‘We will carefully consider any representations from TikTok before taking a final decision.’

A TikTok spokesperson said: ‘This notice of intent, covering the period May 2018-July 2020, is provisional and as the ICO itself has stated, no final conclusions can be drawn at this time.

‘While we respect the ICO’s role in safeguarding privacy in the UK, we disagree with the preliminary views expressed and intend to formally respond to the ICO in due course.’

Commenting on the news, technology lawyer Nigel Jones, co-founder of the Privacy Compliance Hub, said that the move by the ICO may be designed to act as a warning to other online services.

‘It looks like the Information Commissioner has decided to come out fighting and defend the interests of children against online companies such as TikTok,’ Jones tole MailOnline.

‘What is interesting is that rather than carry out a full, time-consuming investigation into TikTok, the regulator has come to a provisional view, issued a notice of intention to fine the company and said that there are another 50 providers of online services being investigated.

‘John Edwards is putting down a marker that the Children’s Code is going to be enforced, so companies better get their acts together.’

Earlier this year, the US Federal Communications Commission (FCC) commissioner called on Google and Apple to ban TikTok, warning that it ‘harvests swaths of sensitive data’

Brendan Carr, commissioner of the FCC, posted on Twitter urging the tech giants to remove the video sharing platform ‘from their app stores for its pattern of surreptitious data practices.’

‘It is clear that TikTok poses an unacceptable national security risk due to its extensive data harvesting being combined with Beijing’s apparently unchecked access it that sensitive data,’ Carr wrote in the letter.

‘But it is also clear that TikTok’s pattern of conduct and misrepresentation regarding the unfettered access that persons in Beijing have to sensitive US user data puts it out of compliance with the policies that both of your companies require every app to adhere to as a condition of remaining available on your app store.’

Mark Zuckerberg is facing an uphill battle in his quest to make Instagram the go-to video platform, as new internal documents show that TikTok users are spending more than ten times as many hours on that platform as Instagram users spend on Reels.

Instagram users are spending 17.6 million hours a day watching Reels, which is less than one-tenth of the 197.8 million hours that TikTok users spend scrolling each day on that network, according to one document.

The document, which was reviewed by The Wall Street Journal, was published in August internally and showed that Reels engagement had been falling, dropping 13.6% over the previous four weeks, and that ‘most Reels users have no engagement whatsoever.’

Meta characterized the viewing hours data as outdated and not global in scope, but declined to give the Journal different numbers.