Historic people and their celebrity lookalikes

A peculiar video titled Video Proof that shows Time Travel really does exist has been uploaded to YouTube by the aptly named Time Traveller channel. The video showcases a number of modern-day celebrities with their spitting image lookalikes from many years ago.  Alleging these pictures are concrete evidence of time travel, the video pulls up celebs such as Nicolas Cage, Johnny Depp and Will Smith.  Oddly enough, the similarities between the A-listers and their doppelgangers are more than just striking – they are almost convincing.

The first stunning image is that of Pirates of the Caribbean star Johnny Depp and someone who looks like the spitting image of the actor.

A little bit of online digging reveals the old photo to the left of Mr Depp was shared online by Michael Johnstone, who noticed the striking resemblance of his musician great-grandfather to Mr Depp.

One Redditor, big_mustahce_dad, jokingly committed on the photo: “Did he star in all of Tim Burton’s great grandfather’s movies?”

Another, predictingzepast, said: “Or, Johnny Depp looks like your great-grandfather…” 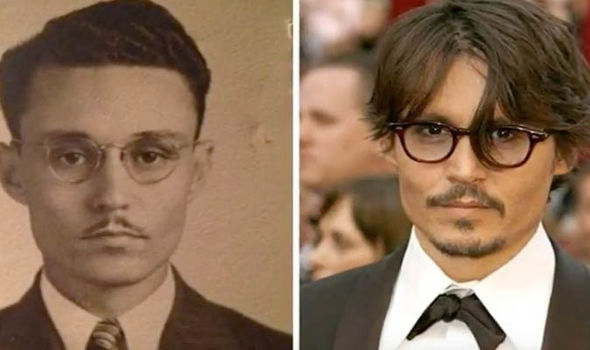 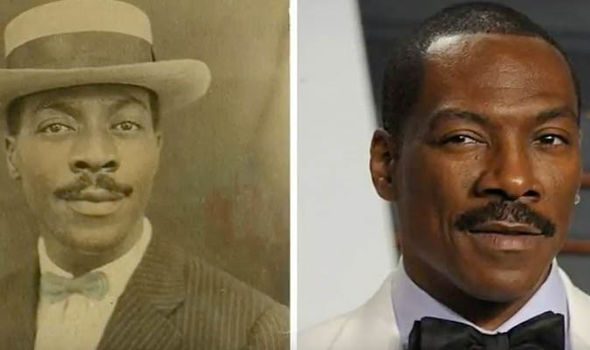 Eddie Murphy was ‘spotted looking dapper in the 1920s’

The next photo is that of comedian and actor Eddie Murphy, alongside a dapper-looking man.

The unnamed photo on the left is supposedly dated to the 1920s but the resemblance is so uncanny even the most staunch of critics would be forgiven if they were fooled.

But not everyone was convinced by the bizarre image and online sleuths proposed a number of plausible explanations.

Many online commentators have speculated the image was photoshopped, while others suggested it was a manipulated still from the film Life, which is set in 1932.

Another vintage picture that was snapped on the streets of Brooklyn, New York, shows what appears to musical sensation Shawn Corey Carter, popularly known as Jay-Z.

Officially, Jay-Z was born on December 4 1969 in Brooklyn, although the unearthed photo might cast some serious doubt on that part of his biography.

The 1939 photo was snapped in Harlem by photographer and activist Sid Grossman and was discovered after several decades by the Schomburg Center For Research In Black Culture at the New York Public Library. 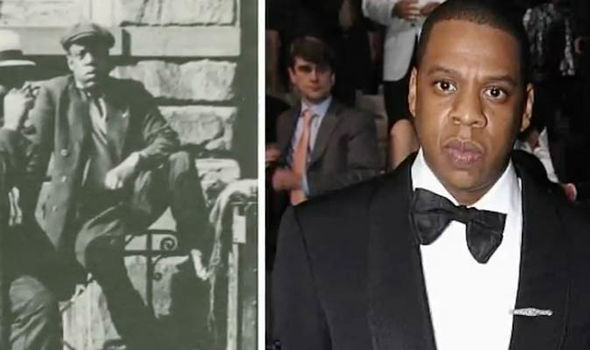 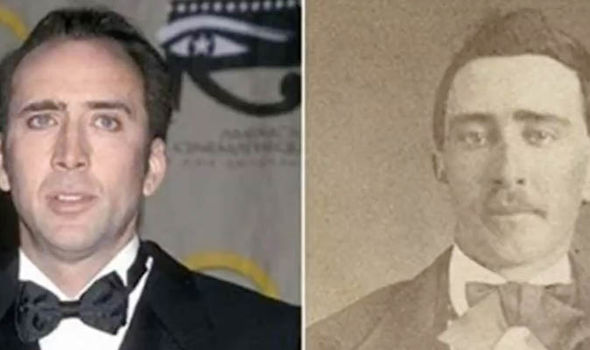 Nicolas Cage ‘photographed during the US Civil War’

Another popular Hollywood mega-star who many speculate is a time traveller in disguise is eccentric actor Nicolas Cage.

An aged photo taken of an unnamed Tennessee man during the brutal 1860’s US Civil War looks too real to be true.

Following intense online speculation Mr Cage might instead be an ageless vampire, the celebrity addressed the concerning rumours on the David Letterman nighttime show.

He humorously said: “Now look I don’t drink blood, and last time I looked in the mirror I had a reflection, so I’m not going with his vampire theory. I’m just not going to do it.” 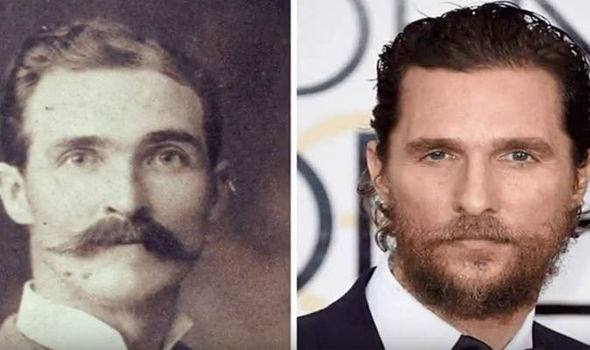 Another photograph of someone’s great-grandfather has surfaced online and it looks just like Interstellar actor Matthew McConaughey.

The photograph was uploaded to Reddit by Sanders Parker, who said: “The likeness is uncanny.

“It was too good not to share. His name was Dr Andrew Sanders, and he’s also where I get my namesake from. Apparently, he was the man.” 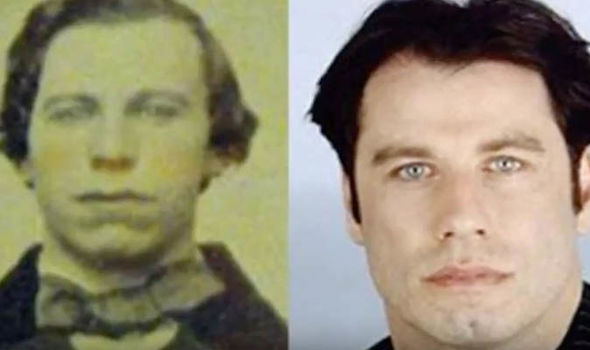 One last bizarre picture dated at more than 150-years-old appears to show none other than Face Off and Grease star John Travolta.

The vintage photograph surfaced online a few years ago, claiming the actor was photographed in 1860.

The woman who only revealed herself as Fawn, said: “Most people were curious and just thought the photo was fake or that I was weird.

“It’s a really cool photograph but I never thought it would cause this sort of hoopla… funny.”