The authoritarian ally to Vladimir Putin, who is known for his unusual policies, is desperately trying to slow consumer prices which have skyrocketed 18 per cent year-on-year.

He told a meeting with officials today: ‘From October 6, all price increases are forbidden. Forbidden!

‘From today. Not from tomorrow, from today. So that prices aren’t driven up in the next 24 hours.’

Belarus has been hit by a wave of Western sanctions for helping Putin carry out his savage war in Ukraine, and the penalties are adding to the former Soviet country’s economic hardship. 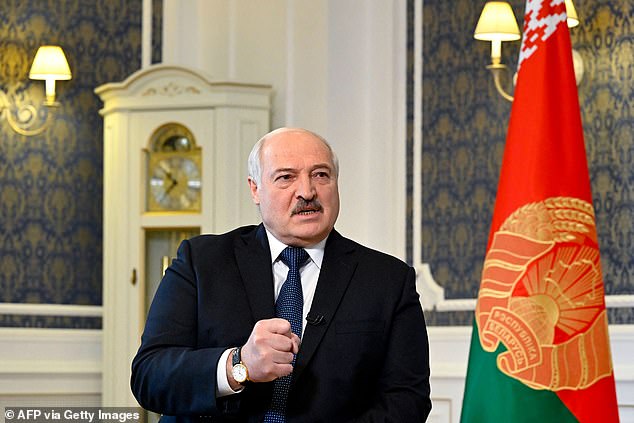 Lukashenko allowed his territory to be used by Moscow’s troops to launch their military campaign against Kyiv in February.

He added today: ‘Meat, dairy products, poultry… are getting more expensive. In Minsk there has been a shortage of eggs in recent days.’

‘The task is to return to an inflation rate of 7-8 percent by next year,’ he added.

Price controls have been imposed by other governments around the world with limited success, often on specific products.

Most economists say that artificially limiting prices in a free market leads to shortages or a surge in black market activity.

Companies do not make as much money and demand increases due to the lower prices, which supply cannot match. 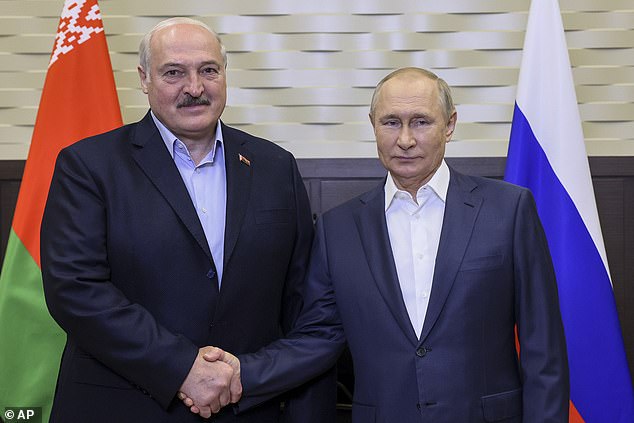 Richard Nixon imposed a 90-day freeze on wages, prices and rents after an inflation surge in 1971.

While they initially helped stem the rising costs, as soon as restrictions were eased, they skyrocketed again, prompting another freeze.

Critics say it also limits innovation and growth, and huge queues for essentials could soon spring up across Belarus.

Lukashenko has previously offered radical suggestions, such as drinking a shot of vodka daily to ward off the coronavirus.

The world is currently batting inflation rises and a cost of living crisis exacerbated by the pandemic and Putin’s barbaric invasion.

Kristalina Georgieva, managing director of the IMF, told an audience at Georgetown University on Thursday that ‘things are more likely to get worse before it gets better’. 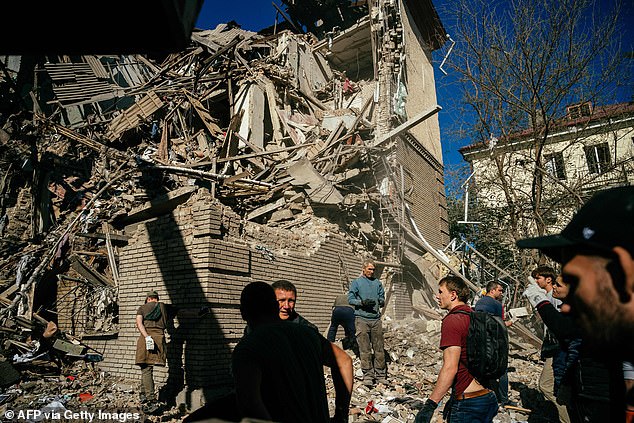 Central banks around the world are also raising interest rates in hopes of taming rising inflation.

‘The risks of recession are rising,’ Georgieva said, adding that the IMF estimates that countries making up one-third of the world economy will see at least two consecutive quarters of economic contraction this or next year.

Meanwhile Putin said today that consumer demand remained weak and that he expected sanctions pressure on the Russian economy to intensify, in televised remarks from a meeting with government officials.

‘In general, the situation here is stable,’ Putin said. ‘At the same time, it is important to understand that the sanctions pressure on Russia will only increase.’

The West hit Moscow with unprecedented sanctions after Russia sent tens of thousands of troops into Ukraine on February 24 in what it calls a ‘special military operation.’

But the Russian economy has defied some predictions from Western analysts that it was facing a 15% hit to gross domestic product (GDP) this year.

Russia’s Economy Ministry now expects a 2.9% contraction in 2022, while Western leaders hope the impact of sanctions will be long-lasting, and hold back the Russian economy for years.