EXCLUSIVE: Bankrupt ‘Blonde Ambition’ writer Samantha Phillips faces claims she owes widower £350k after living at his property on the Côte d’Azur for SEVEN YEARS – as she is evicted from £35m Fulham home in a row over £1m in unpaid rent

A bankrupt novelist facing eviction from her London home over nearly £1m in unpaid rent has been hit by further lurid allegations after it emerged was involved in a similar dispute over a beautiful property on the Côte d’Azur.

Former City broker Samantha Phillips, 55, whose explosive semi-autobiographical tale of sex and skulduggery, Blonde Ambition, rocked the City of London, has been ordered to leave her £35m Fulham townhouse, by tomorrow along with her husband Mehmet Sozbilir, 59.

The legal wrangle hit the headlines after it emerged that the pair offered a ‘Titian’ painting supposedly worth £20m, as security, only for an expert commissioned by their landlord to conclude it was ‘very unlikely’ to be a Titian — and was worth only £30,000.

But now MailOnline has learned that the couple left France two years ago following a legal fight which left them facing a debt of £350,000 over unpaid rent, damages and legal fees, owed to widower Simon Sladen, 77. 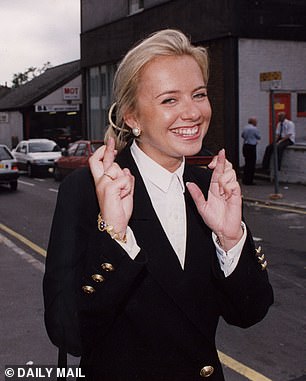 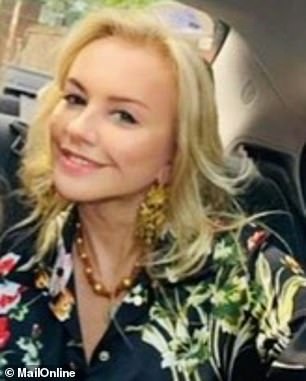 Samantha Phillips (left and right in 1994) has been declared bankrupt and faces eviction from her £35m Fulham home. She is also accused of staying at a property in France without paying 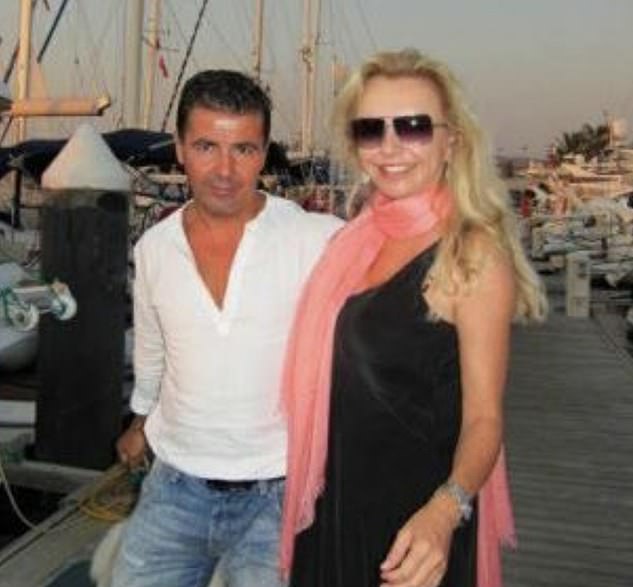 Despite winning a scathing French court order in his favour in 2019, Mr Sladen’s attempts to claim back the cash have been in vain because investigations by debt recovery specialists reported that neither Ms Phillips nor Mr Sozbilir have any substantial assets in France or the UK.

Retired designer Mr Sladen, from Gloucestershire, said the couple ‘clearly know every legal ruse, and have had to be evicted twice’

‘It’s all been pretty unpleasant with a huge amount of stress,’ said Mr Sladen, who had three daughters, one of whom, Olivia, is the Duchess of Grafton, married to Henry FitzRoy, the 12th Duke. 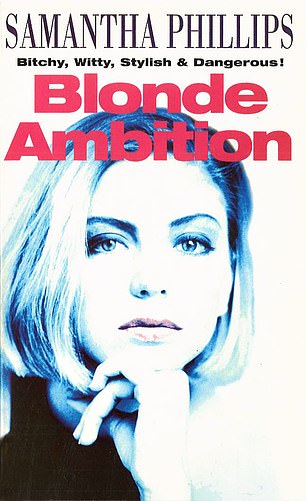 The Sozbilirs, with Ms Phillips’ daughter Siana, 25, from a previous relationship, first moved into the idyllic hillside property in 2012.

‘I knew Ms Phillips locally,’ recalled Mr Sladen, ‘and around 2012, after two weeks after my wife Jill died of leukaemia, she approached me in the village of La Garde-Freinet, near St Tropez, where I own a property.

The house, called Mas de la Chapelle, has four en-suite bedrooms, a swimming pool and is set in three acres of garden overlooking the sleepy hills of Provence.

However at the end of 2014 that they said they did want to complete the purchase.

‘So there was a big meeting arranged in January 2015 with lawyers and interpreters, but their money didn’t come through and so the whole sale fell through. After that it was a case of trying to get them out of the house.’ 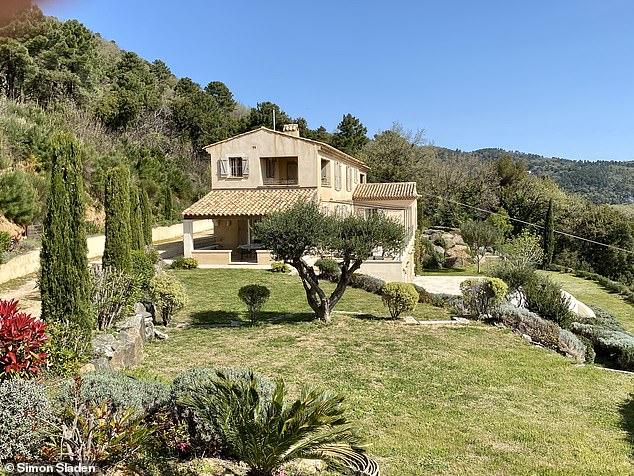 Ms Phillips and her partner began renting this property in the south of France (pictured) in 2012 with an option to buy it at the end of the first year, according to its owner Simon Sladen 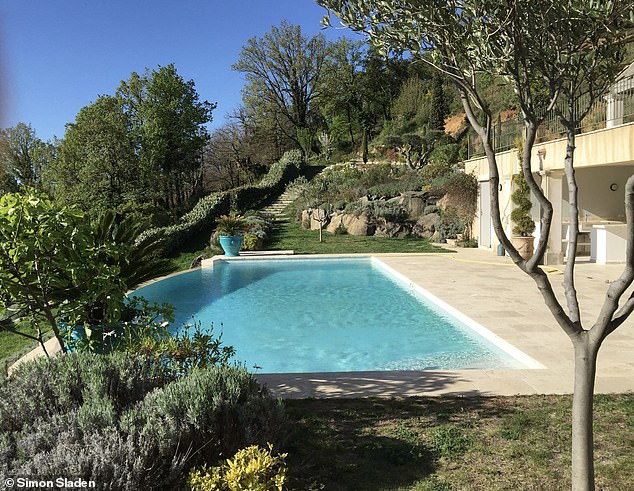 The sale of the property in the south of France (pictured) dragged on for seven years without ever going through of Ms Phillips pay any further rent beyond the €65,000 she initially paid 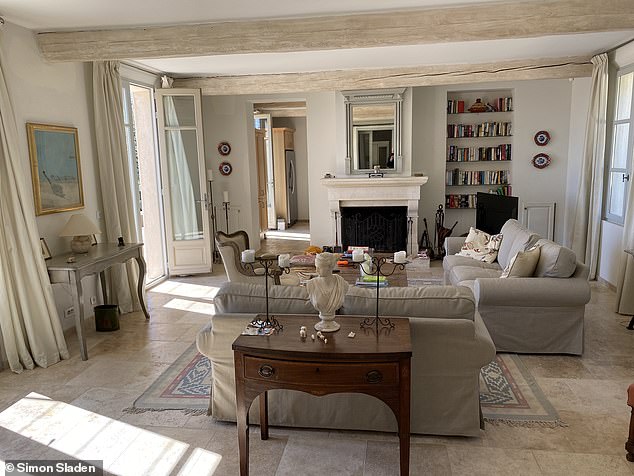 Retired British designer Mr Sladen, a widower, has spent a number of years trying to get novelist Ms Phillips and her partner out of his property (pictured) in the south of France 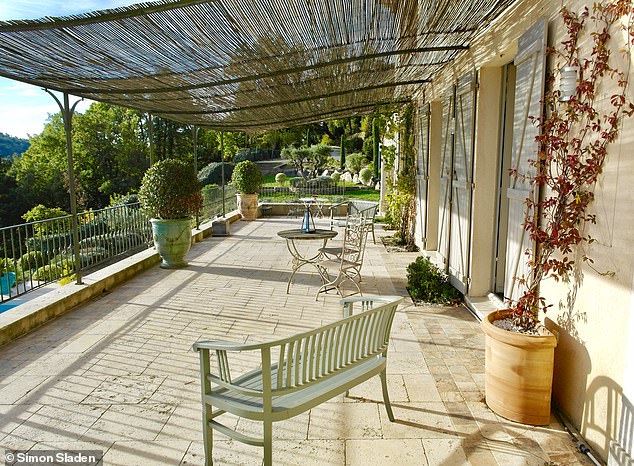 Mr Sladen won his civil case against the couple, at the Tribunal d’Instance, in the nearby town of Fréjus and force their eviction from the home (above) that he has owned for years

But by then the couple had sought to rely on France’s complex squatters’ rights laws, which are slanted heavily towards the squatters, as Ms Phillips and her husband had then effectively become.

It took a further four and a half years before Simon was able to win his civil case against the couple, at the Tribunal d’Instance, in the nearby town of Fréjus and force their eviction. 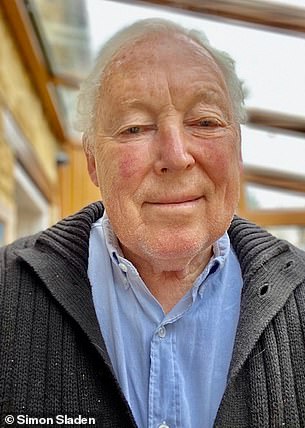 When the judge considered the case in July 2019, arguments of Sozbilir and Ms Phillips were dismissed by the judge. They claimed that the house had ‘defects’ as they tried to argue the price down, but a ‘report’ they produced was thrown out as it ‘was not produced by a property professional.’

The couple were ordered to vacate immediately on pain of €500 for every extra day they stayed and ordered to pay back rent of nearly €270,000, plus damages of €50,000, and a €500 a day extra penalty for every day they remained in the property following the judgement.

‘It’s all been very unpleasant,’ said Simon. ‘It seems as though it was a well-worn path for them, and they knew exactly what they were up to.

‘I don’t hold out much hope of ever being paid back as they don’t seem to have assets in France or the UK. To investigate further afield costs more money and you have to weigh that against the chance you’ll never get it back.’

Mr Sladen’s daughter Olivia, 42, said the whole experience had been ‘devastating’ for her father.

‘They figured out all the ways to use the French law in their favour for years. With my father’s case and the one in London, it appears that they only paid rent for only two out of the last nine years.’ 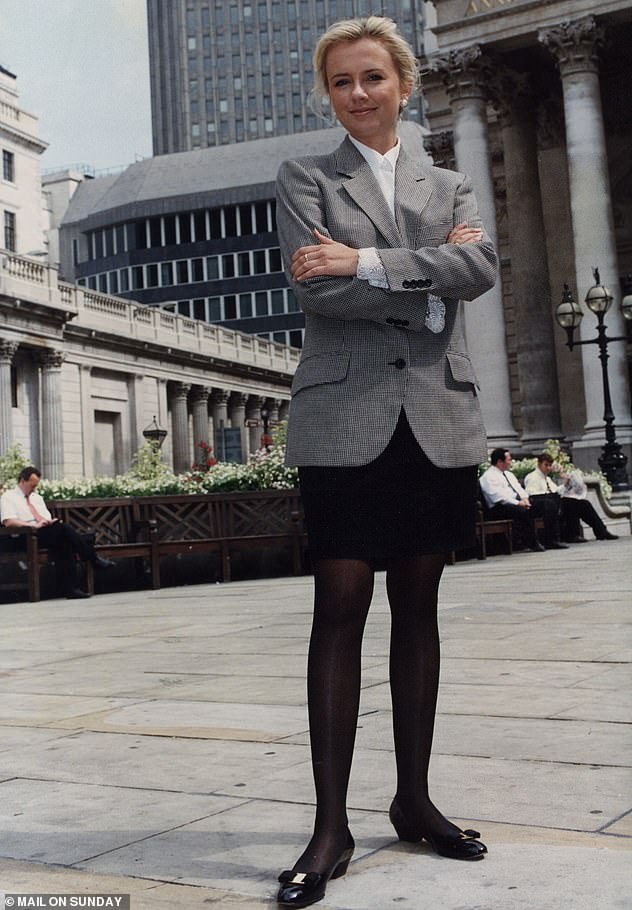 Ms Phillips, who wrote Blonde Ambition in 1996, and her Turkish  partner lived at the property in France from 2012 until 2019 and only paid a year of rent, it is claimed by owner Mr Sladen 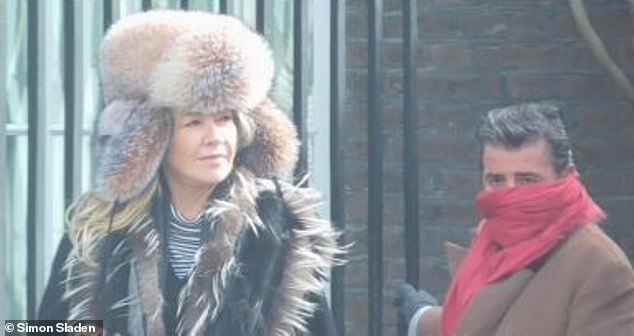 Ms Phillips told MailOnline that the case was still ‘ongoing’ so she could not comment, but declined to give details on which court any case was still live.

She pointed out that earlier hearings had found in her favour, adding: ‘Consequently we are still seeking to recover damages from the plaintiff.’

She said: ‘Once the case has reached its conclusion I will be more than happy to comment further.

‘I fail to see any similarity between the two cases. The comparison is not helpful for anyone’s understanding of the issues we’re facing in London.’