Boris ‘goes nuclear’ as he prepares to sign off on first of EIGHT new atomic reactors: PM to announce part-takeover of £20bn Sizewell C and plan to build one power station EVERY year until 2030 to solve energy crisis sparked by Putin’s Ukraine invasion

Boris Johnson will today sign off on the first of eight new nuclear power stations – and urge his successor to focus on shoring up the UK’s energy supplies.

In one of his final speeches as Prime Minister, Mr Johnson will say investment in domestic production is the only long-term solution to the energy crisis.

The Prime Minister will announce that the Government has agreed in principle to take a 20 per cent stake in the new £30 billion Sizewell C reactor in Suffolk, which will be built by French firm EDF next to its current Sizewell B plant.

And he will confirm plans to sign off on a further seven new nuclear plants by 2030. 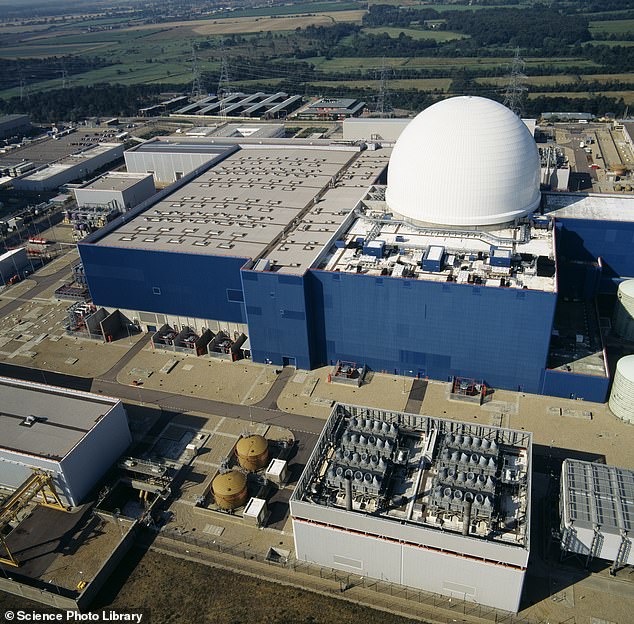 Mr Johnson will warn that the war in Ukraine and the subsequent surge in energy prices has underlined the need to boost domestic production, which has been ignored for years. ‘The situation we face today is deeply worrying, but this government has already stepped in to help with billions of pounds in support,’ he will say.

‘And our British Energy Security Strategy is not just about meeting demand today, but many years hence.

‘The big decisions this government has made on our energy future will bequeath a United Kingdom where energy is cheap, clean, reliable, and plentiful, and made right here on British soil.

‘A future where families and businesses are never again at the mercy of international markets or foreign despots.’

Mr Johnson will also urge his successor to maintain the focus on green energy, saying the UK’s net-zero pledges should be maintained. 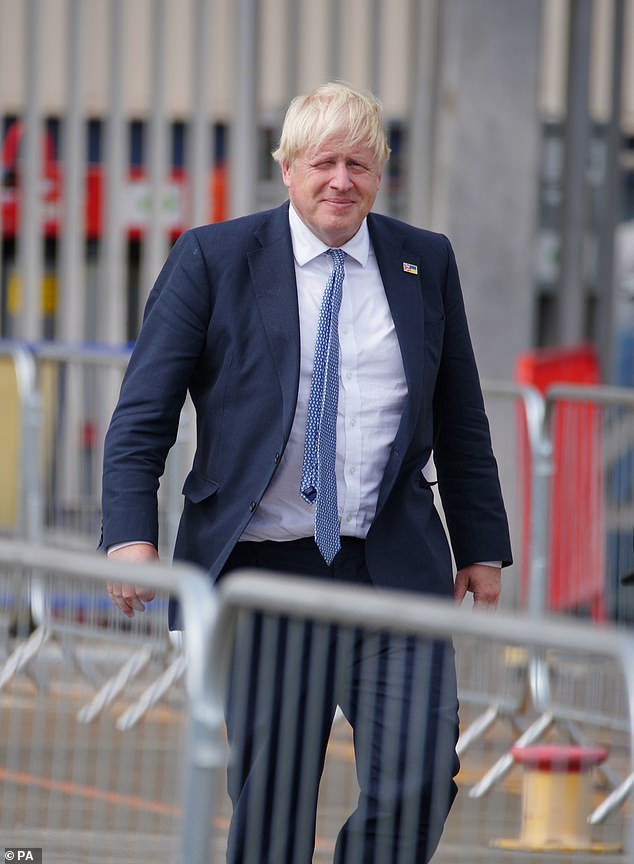 Speaking during a visit to Barrow-in-Furness, Cumbria, yesterday, Mr Johnson said: ‘This is the country that split the atom for the first time, we built the first civilian nuclear reactor and for 13 years under the previous Labour government… we didn’t start a single nuclear reactor. We’re going to do one every year.

‘I’m not saying nuclear is the only solution – of course it isn’t – but it’s a part of the solution.

‘You’ve got to have nuclear as part of your baseload so it’s reliable, so it can continue to deliver steady sustainable and, by the way, carbon-neutral supplies.’

The Sizewell C reactor will generate around 3.2 gigawatts of electricity – enough to power more than six million homes. Final negotiations are continuing with EDF but Whitehall sources said it was a ‘done deal’ that the taxpayer would take a 20 per cent stake in a project expected to cost up to £30 billion.

Mr Johnson acknowledged that new energy supplies would take time to come on stream and said the Government would ‘unquestionably’ have to produce another bailout package to help families and businesses cope with the soaring cost of living.

He said £37 billion of help with the cost of living was already available but added: ‘I really, really understand why people are anxious about it.’

The Resolution Foundation last night warned that the new prime minister’s time in office looked set to be dominated by the ‘terrifying’ prospect of the biggest squeeze in living standards for a century.

The think-tank’s latest report said real household disposable incomes were on course to fall by 10 per cent over this year and next, and that the number of people living in absolute poverty is set to rise by three million, to 14 million in 2023-24, unless policy or economic forecasts change.

The 10 per cent fall in disposable income ‘is likely to be the worst for at least a century’, the foundation said, equivalent to £3,000 for the typical household.

The owner of British Gas has been told by regulators that it can reopen a huge natural gas storage facility.

Centrica’s Rough facility off the coast of east Yorkshire provided 70 per cent of Britain’s storage capacity before it was closed in 2018. Chief executive Chris O’Shea said last month Centrica was prepared to invest £2billion to reopen the plant.

Mr O’Shea said that if Rough had been open last winter, it could have saved customers about £100 on their annual energy bills.

John Lewis is to offer its 78,000 staff free meals at work this winter as the cost of living spirals.

Workers will be offered cooked meals or packed food across Waitrose and John Lewis stores and warehouses from October to January, in a first for the sector.

Staff in stores with kitchens will be offered hot meals such as English breakfasts, soups and salads for lunch and even roast dinners on Sundays – all made with Waitrose ingredients.

It comes as households across the country brace for energy bills jumping to £3,549 in October. The price of food and other essentials is also surging, fuelled by the knock-on impact of Russia’s invasion of Ukraine.

Figures show food prices rose 10.5 per cent in August from a year earlier, with the rate of inflation set to accelerate.

John Lewis’s chief operations officer Andrew Murphy said: ‘We pride ourselves on creating a happy workplace because it’s our partners who make the difference.’

It comes as the partnership, which is owned by its employees, kicks off a search for more than 10,000 temporary workers to help with the busy Christmas period.