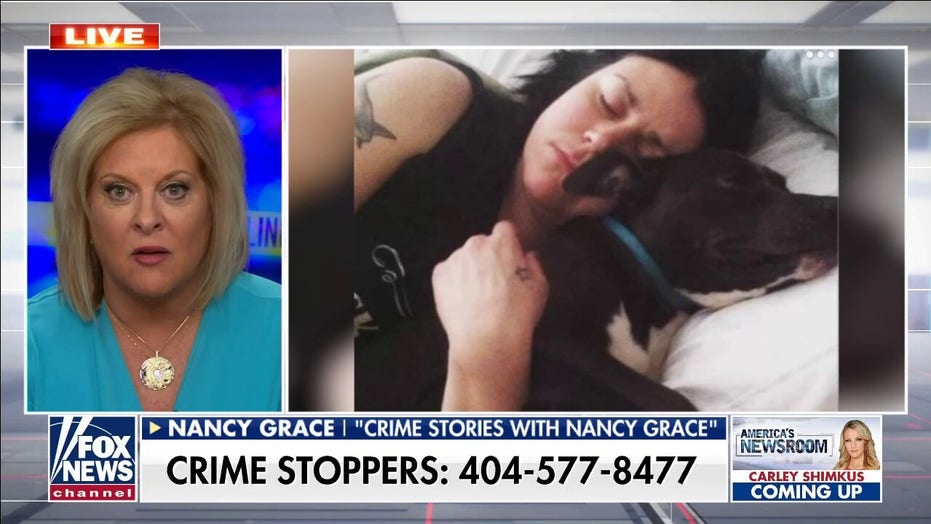 A Southern California sheriff’s deputy was shot Tuesday while trying to conduct a traffic stop – with the deputy’s vehicle later found torched in a possible ambush attack, authorities said.

The unidentified deputy, a four-year veteran of the San Bernardino County Sheriff’s Department, was passing through the city of San Bernardino, 60 miles east of Los Angeles, when he attempted to pull the suspect over around 4:15 p.m., Sheriff Shannon Dicus told reporters. The deputy informed radio dispatchers about the stop before reporting shots fired moments later.

A manhunt was underway for a suspect, who was described as a White male in his 20s, wearing a white shirt and red hat.

The deputy suffered superficial wounds to his face and shrapnel wounds to one of his arms, Dicus said.

Responding law enforcement officers found the wounded 27-year-old deputy and rendered first aid, including fashioning a tourniquet, before rushing him to a hospital in a patrol car. 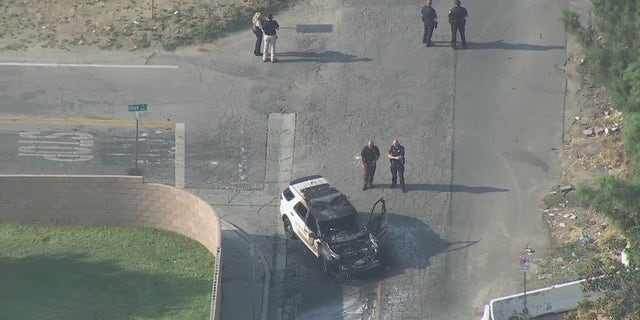 “It could have been something that grazed off the vehicle,” Dicus said. “It is odd for certainly the vehicle to be consumed or engulfed [in flames].”

During a brief visit, Dicus said the deputy was alert and in good spirits.

“He’s able to respond to me. He knows that I was there talking to him,” the sheriff said. “He was completely coherent during that brief discussion.”

Authorities hope to make an arrest soon, the sheriff said.

“Our hope is that when the suspect is encountered, we have good dialogue and the suspect surrenders,” Dicus said.

The wounded deputy could have possibly been ambushed, but no motive had been determined, Dicus said.

“It could absolutely be that,” he said.

The San Bernardino Police Department was investigating the shooting. Dicus noted that deputies were seeing more shootings in recent weeks, while recognizing other deputies have been recently shot or killed. San Bernardino Sheriff’s Department Sgt. Dominic Vaca, 43, was killed in May after a pursuit of a motorcyclist.

“In terms of firearms, we’re seeing more and more incidents where we encounter suspects with firearms,” Dicus said.