Lawrence Ray, who sexually, psychologically and emotionally manipulated his daughter’s classmates at Sarah Lawrence College, was sentenced Friday to six decades in prison by a federal judge in Manhattan, who called Ray’s conduct “sadism, pure and simple.”

Judge Lewis Liman called Ray an “evil genius” and his crimes “particularly heinous,” and noted how they enslaved college students who had “no way out” of his cruel and sophisticated actions.

“Having gained control of their minds and bodies, he forced them to do his bidding,” Liman said. “He sought to take every bit of light from his victims’ lives.” 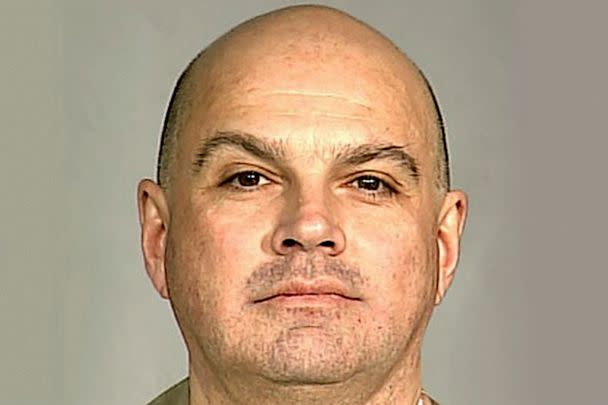 Ray held so-called therapy sessions with Sarah Lawrence College students after he moved into his daughter’s on-campus housing in 2010. Ray moved in after he was released from a prison sentence for security fraud. He moved into a one-bedroom apartment with several of the roommates on Manhattan’s Upper East Side in 2011.

He presented himself as a father figure to the students and learned “intimate details about their private lives, vulnerabilities, and mental health struggles under the pretense of helping them” during the sessions, according to the indictment.

“Larry Ray is a monster,” Damian Williams, U.S. attorney for the Southern District of New York, which prosecuted the case, said in a statement. “For years, he inflicted brutal and lifelong harm on innocent victims. Students who had their lives ahead of them. He groomed them and abused them into submission for his own gain. Through physical and psychological abuse, he took control over his victims’ minds and bodies and then extracted millions of dollars from them. The sentence imposed today will ensure that Ray will never harm victims again.”

Ray, seated at the defense table in wrinkled, beige prison garb, looked on without visible expression as the friend of one victim, Claudia Drury, read a statement that described the “unremitting sadistic torture” Drury endured.

“Larry forced me to abject desperation,” Drury’s statement said, describing Ray as a “malevolent, deceitful shadow of a man” who forced her into prostitution, beat her, extorted and threatened her. “It was as if he was experimenting on our very souls.”

Drury’s statement described one instance when Ray “stripped me naked, bound me to a chair and suffocated me with a plastic bag over and over again until I begged for my life.” 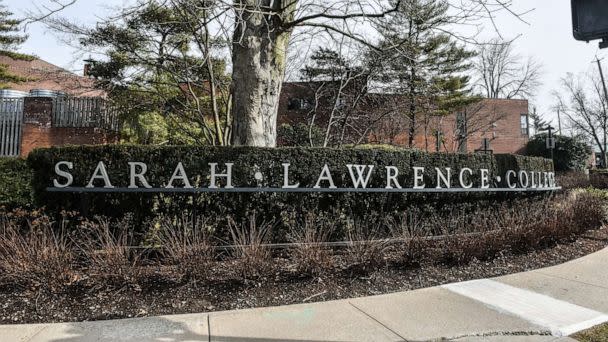 Another victim, Daniel Levin, said Ray tortured him and his friends and told the judge how Ray brandished a knife over him while instructing another to line the bathtub with plastic to catch the blood and how Ray hit him with a sledgehammer while pulling his tongue with pliers.

“My friend’s dad moved into my dorm and what followed were years of abuse — psychological, physical, sexual,” Levin said. “I can never live a life where this didn’t happen.”

Victim Santos Rosario said a decade of “absolute misery” followed his meeting of Ray in 2010. He told the judge he “contemplated suicide daily” after Ray “physically abused, degraded and blackmailed” him.

Sarah Lawrence College, which is located in Bronxville, just north of New York City, said in a statement: “Today’s sentencing of Larry Ray is the final stage of holding him accountable for his crimes. We hope this reckoning brings some sense of closure to his victims.”

Prosecutors said Ray’s capacity for “unspeakable cruelty” was “unceasing” and they requested life in prison. 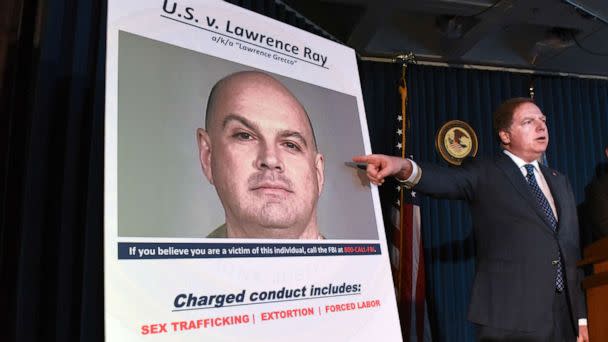 “Mr. Ray has been punished and he will continue to be punished,” Lenox said, citing Ray’s three years of incarceration since his arrest in February 2020 and the recent deaths of his father, stepfather and stepmother.

“Today, there is no one,” Lenox said in noting the absence of any supporters in the courtroom.

In a brief statement to the court, he said nothing about his crimes or his victims, focusing instead on his ill health.

“It’s frightening to feel this bad,” Ray said after describing lesions, ringing in his ears, sleeplessness and other conditions that he said are getting “progressively worse.”

The judge expressed doubt about the veracity of Ray’s health claims. And despite his age, “There’s no reason to believe Mr. Ray would age out of criminal behavior,” Liman said in imposing the sentence.