An ex-Royal Navy engineer who was shot in the back while holidaying in the US has revealed how police saved his life with CPR as he lay bleeding on the street.

Shaun Byrne, 35, has no memory of his near death experience after being shot outside a ‘heavily populated’ bar in Venice Beach, Los Angeles, in July earlier this year.

He spent weeks in hospital following the shooting, where doctors told him the bullet only narrowly missed his heart. 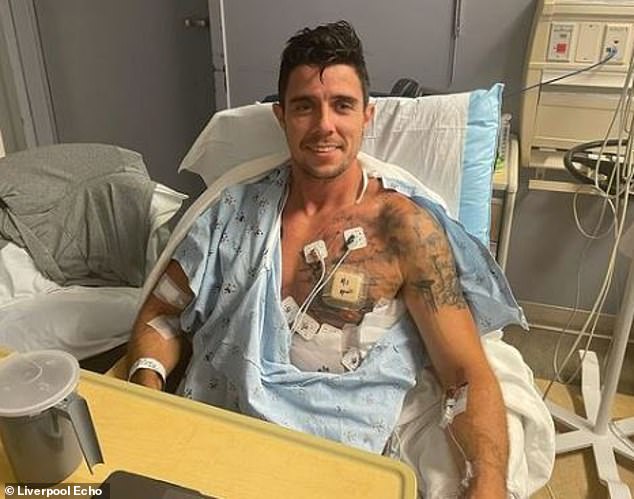 Shaun Byrne, 35, has no memory of his near death experience in Venice Beach, Los Angeles, in July 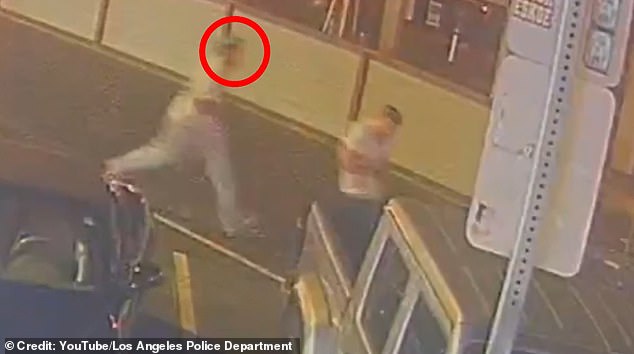 The footage came as part of a wanted appeal for Brandon Manyo Dixon, who the force described as ‘armed and dangerous’. He is wanted for attempted murder.

Mr Dixon was shot in the hip and also spent time in hospital, but is now recovering at the family home in Solihull, West Midlands.

Recalling the trauma, Mr Byrne told the Liverpool Echo he can remember nothing of the incident until he awoke in the Ronald Reagan UCLA hospital after emergency surgery.

He said: ‘I found out I got shot in the back and the bullet went straight through, exiting my chest.

‘I was treated at the scene by the LAPD and paramedics who resuscitated me. I stayed in hospital for a few weeks then flew home.

‘I’ve been recovering and I’m good now. I can’t complain though, it could have been a lot worse so I’m lucky. The LAPD and UCLA hospital staff definitely saved my life.’ 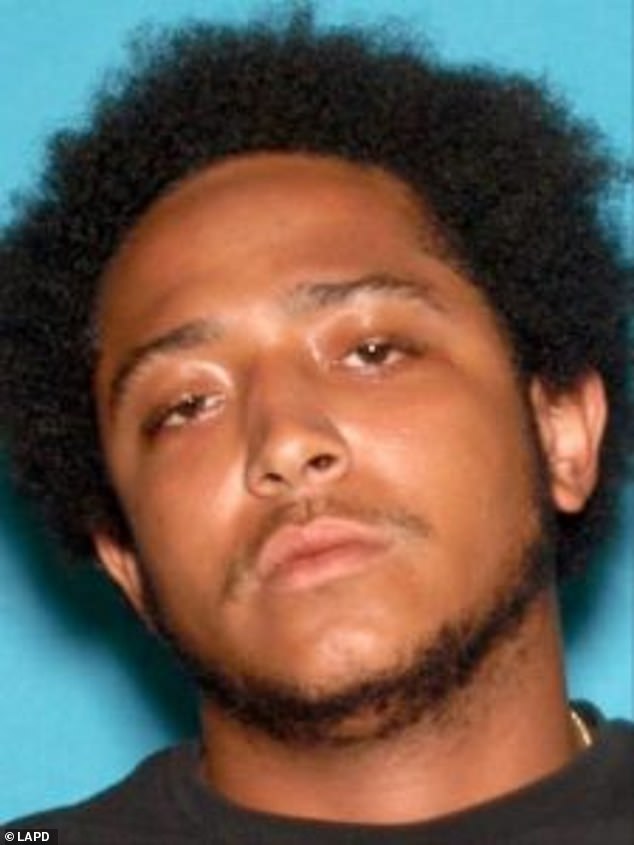 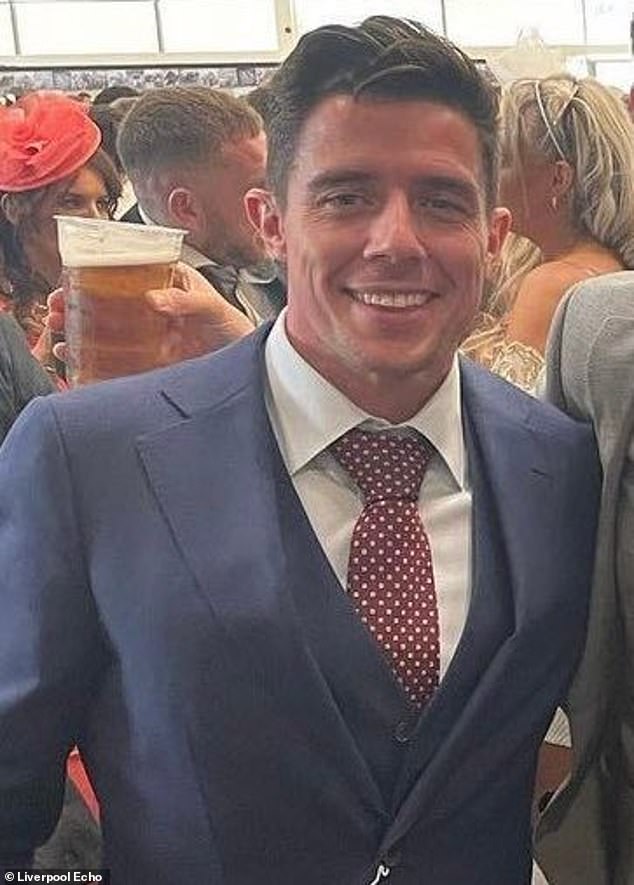 Recalling the trauma, Mr Byrne said he can remember nothing of the incident until he awoke in the Ronald Reagan UCLA hospital 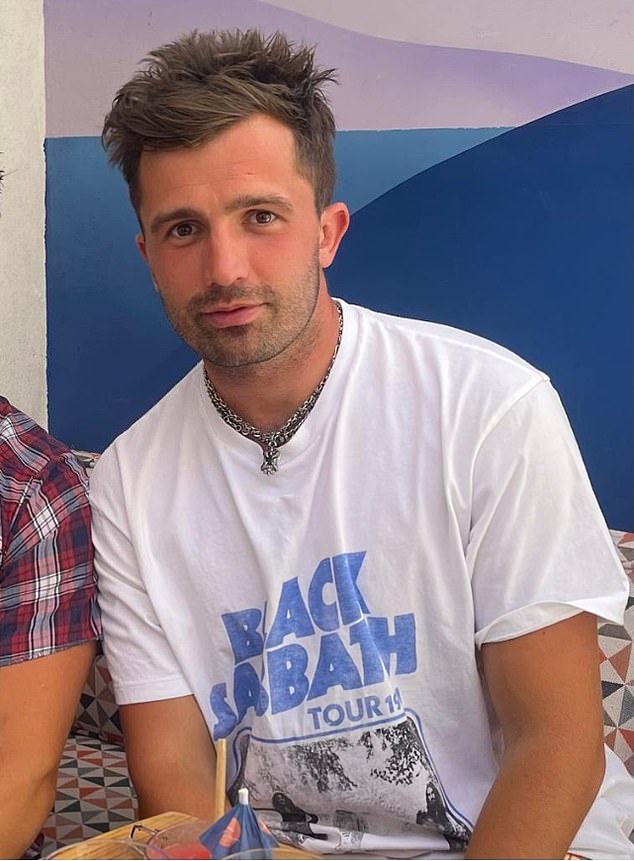 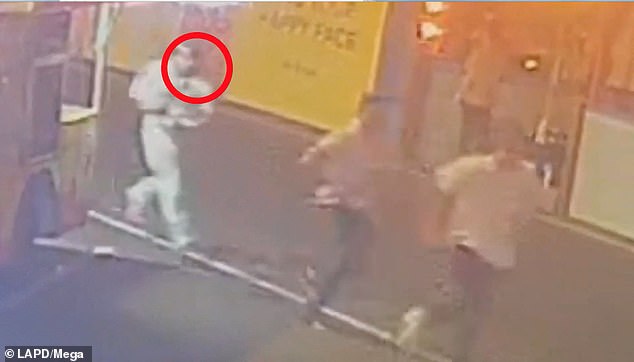 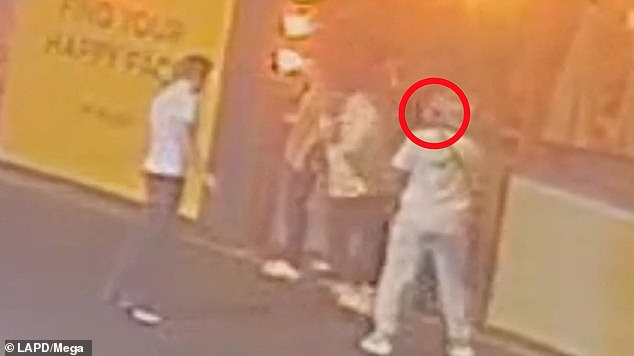 The former soldier, who now works as a chief engineer specialising in yachts, said the bullet passed through his lung ‘very close to my heart’. He collapsed a short time later.

My Byrne added: ‘I blacked out. They were doing CPR and I wasn’t responding.’

A statement from LAPD yesterday said detectives are searching for Dixon, who the force said should be considered ‘armed and dangerous’.

A spokesperson added: ‘The suspect, the suspect’s friend and two United Kingdom tourists were involved in a verbal argument outside a heavily populated bar in the 20 block of Windward Avenue.

‘The argument escalated into a physical fight and then turned violent when the suspect chased after both tourists with a gun.

Remarkably, though, Mr Byrne said he feels no anger towards the man who shot him.

He continued: ‘I feel sorry for him. He’s ruined his life. It’s a waste.’

It comes after the father of his friend Mr Rodman told MailOnline: ‘It’s been a very traumatic experience for Charlie and the family. It’s every parent’s worst nightmare. 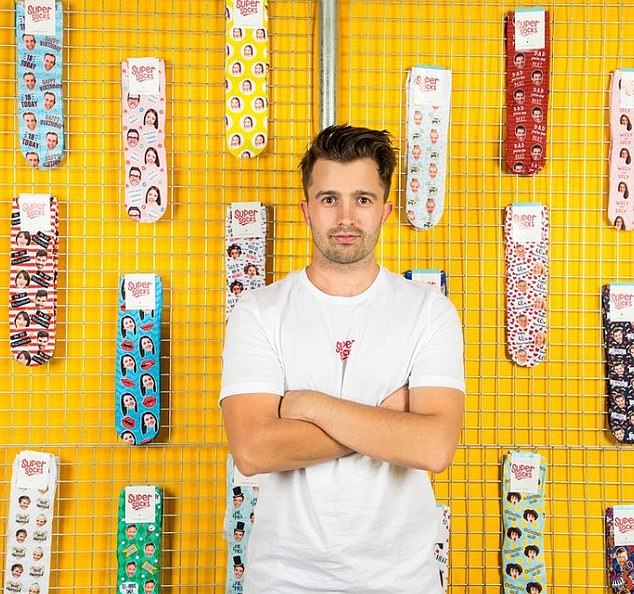 Mr Rodman (pictured) was treated in hospital but is now recovering at the family home in Solihull, West Midlands

‘He’d flown out on holiday with a friend and the two of them were also looking into a couple of possible business ventures.

‘I have to be careful with the information I give out but they got into an argument with someone and he produced a gun and fired a number of shots. Charlie was hit in the hip as he ran away.

‘He was taken to hospital in LA and is now out and recovering at home. We are so thankful that he’s doing ok. It could’ve been so much worse.

The head office is based in Birmingham but an office was opened in Los Angeles last year.