Farmer, 90, found dead in slurry pit changed his will that day: Daughter tells inquest farm worker called her to say ‘your dad’s gone loopy and he’s heading for the lagoon’ after learning he would inherit just £20,000

A 90-year-old farmer found dead in a slurry pit had changed his will just earlier that day, an inquest has heard.

John Charles Barnett’s overturned mobility scooter was found on the edge of a lagoon in January 2020. His body was found by a diver at Hully Farm near Whitchurch, Shropshire.

An inquest at Ruthin in Denbighshire, North Wales heard that the pensioner made a will in 2014, leaving his farm and some land to Nigel Byrne, who had worked on the dairy farm.

The hearing was told that Mr Barnett revoked the will and made a new one the day he died, leaving £20,000 to Mr Byrne and dividing the remainder of his estate between his son and daughter. 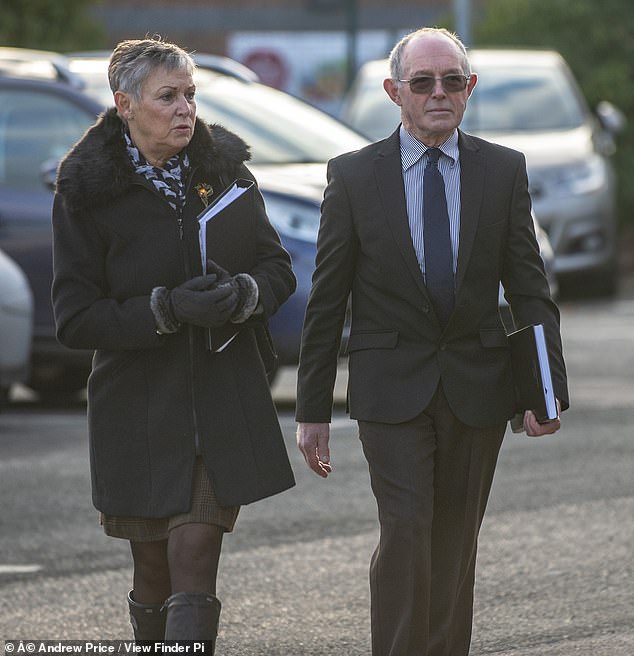 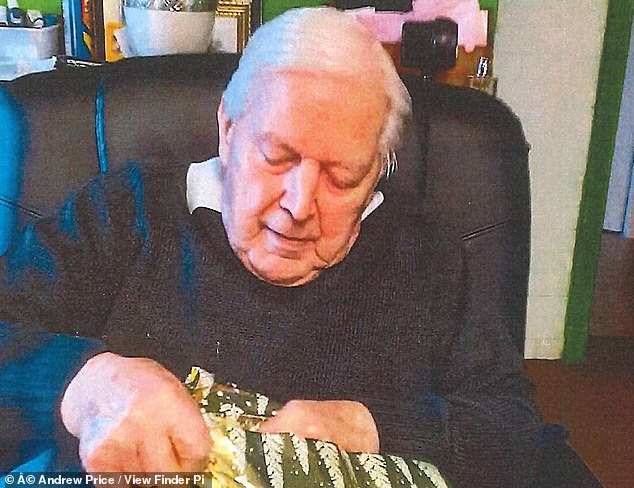 John Charles Barnett’s overturned mobility scooter was found on the edge of a lagoon in January 2020. His body was found by a diver at Hully Farm near Whitchurch, Shropshire

Mr Barnett’s daughter Jennifer Parry-Jones told the coroner that she left her father in his chair at 6.22pm on the night of his death and went home. An hour later she had a missed call from Mr Byrne.

Describing the moment she returned the call, Mrs Parry-Jones said: ‘He said ”you better get back here quick. Your dad has gone loopy and he’s heading for the lagoon”.’

Mrs Parry-Jones said she believed Mr Byrne had harmed her father. Mr Gittins asked her: ‘Why would Nigel harm your father?’ – to which Mrs Parry-Jones replied: ‘Because my father had changed his will.’

The inquest heard that in 2012 a will had left him Mr Barnett’s interest in a farmhouse and almost 60 acres of farmland. Widower Mr Barnett’s son, Robert Barnett, told the coroner the family wanted questions answered. 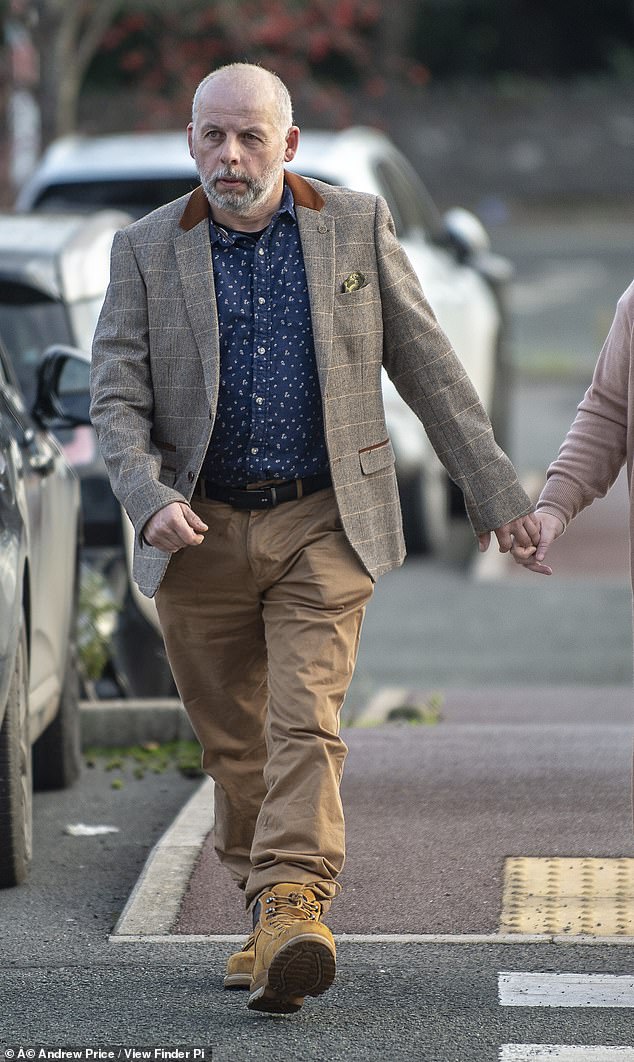 Nigel Byrne arriving at the inquest into Mr Barnett’s death 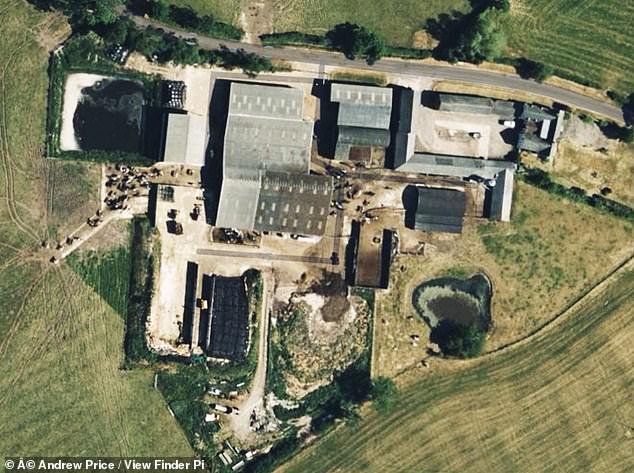 Hully Farm near Whitchurch on the Welsh/Shropshire border, where Mr Barnett was found in a slurry pit

GP Dr Kieran Redman said in a statement that Mr Barnett had told how he attempted suicide previously. But the farmer’s son said the improvement in his father’s health in 2019 was ‘enormous.’

The coroner asked Mr Barnett’s son, Robert Barnett, who also works on the farm, if he believed Mr Byrne had been actively involved in putting his father in the slurry pit.

Mr Barnett told the hearing: ‘It’s a horrible thing to have to believe. Nigel did have a history where he abused and threatened Dad [with] what would happen if he changed his will. There is, under the surface, a very intimidating part of his personality. In the light of that, I think it is a possibility.’

He added that his father had had a difficult couple of years following the death of his wife in 2017.