A FITNESS fanatic battled through the pain to break a world record by holding an abdominal plank pose for 9½ hours.

Daniel Scali, 28, carried out the record-breaking feat to raise awareness of hidden disabilities. He has suffered complex regional pain syndrome (CPRS) in his left arm since he was 12. 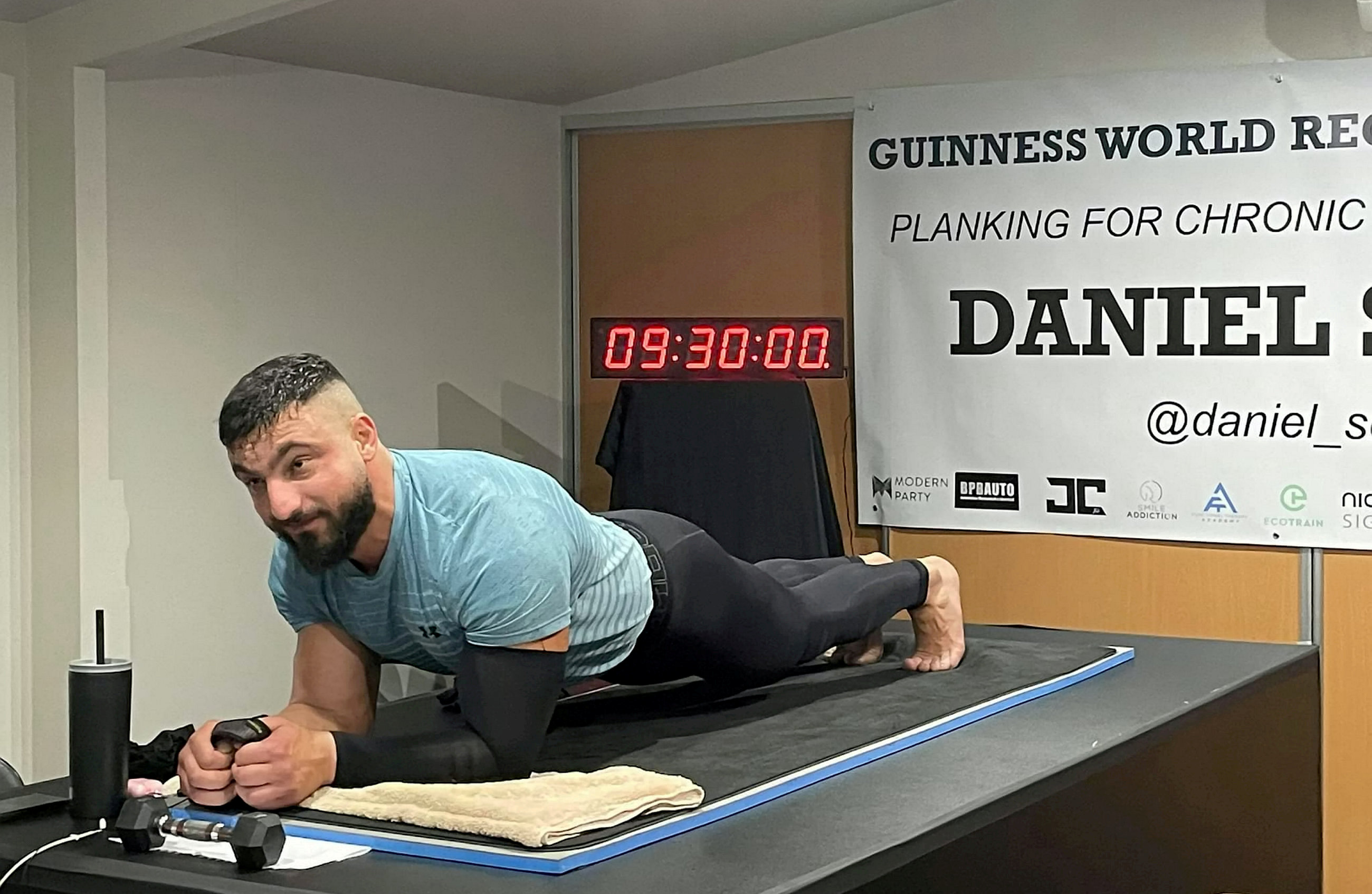 He said: “Knowing that I went the longest I ever went, knowing I pushed the hardest and gave it my all, was so worth it.”

"After my body got in the rhythm of the plank, my arm would intermittently shoot a pain up to my neck.

"This was extremely hard to deal with as I wanted to raise my arm to deflect the pain, so I had to really concentrate on not to break the plank.

The fitness fan admits he vomited during the attempt due to the amount of pain he endured, and had to meditate to keep himself focused.

Daniel, from Adelaide, Australia, only did his first plank in November.

His condition was triggered when as a 12-year-old he fell off a trampoline and broke his left arm, but even after the bone healed, the boy suffered with waves of intense pain.

He was diagnosed with CRPS, which is where the brain sends incorrect messages to an injured area, causing greater pain than would be expected of the injury.

A 62-year-old set the previous record of eight hours and 15 minutes.