As Australia heads to the polls, the country’s sizeable immigrant population is likely to substantially influence the outcome. Immigrants account for around 30 per cent of Australia’s population – the highest fraction among large, Western countries. And no immigrant group has experienced growth as rapid as the Indian diaspora.

Between 2010 and 2020, the number of Indian-born residents more than doubled from approximately 330,000 to 721,000. Indians now account for nearly 3 per cent of the total population and comprise the second-largest immigrant community in Australia. This influx of Indian migrants also has a significant cultural impact: Hinduism is the country’s fastest growing religion and Punjabi the fastest growing language. 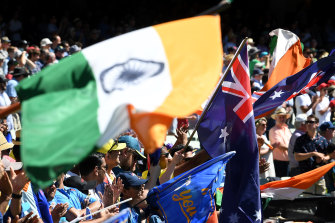 It is no wonder then that the diaspora has been courted by nearly all political parties this election. Prime Minister Scott Morrison has garnered attention for his selfies cooking India-flavoured curries to celebrate the recent signing of an Australia-India trade pact. Labor Party leader Anthony Albanese too has redoubled his party’s efforts to woo the community, visiting temples and showering praise on their contributions to Australian life.

Yet, despite all this newfound attention, we know very little about which way the diaspora will swing on election day. A new, nationally representative survey that we carried out with the research firm, YouGov, offers the first hard data with which to answer this question. The survey, conducted April 4 to April 22, draws on a sample of 617 Indo-Australians who are registered to vote in the upcoming general election. It has a margin of error of plus or minus 3.9 per cent.

The results indicate that four out of 10 Indo-Australians plan to vote for Labor in the general election while about 25 per cent intend to vote for the Coalition. The Greens place third with 15 per cent of the community’s vote. Importantly, one in 10 registered voters was still undecided at the time the survey was conducted. 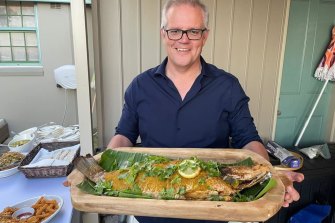 This headline finding cuts against the grain of the received wisdom, which assumes a conservative-minded diaspora that identifies with the right-of-centre Coalition. This assumption is bolstered by the present government’s determined attempts to forge a strategic partnership with the Indian government of Prime Minister Narendra Modi.

However, when Indo-Australians are asked to place themselves on a standard left-right ideological spectrum, 58 per cent self-identify with the liberal end of the political spectrum. Data for the Indian diaspora in Canada, the United Kingdom, and the United States reveals that Australia is only second to Canada for the highest proportion of liberal voters.

The policy issues driving the Indo-Australian vote shed light on this leftward tilt. When asked to rank the most important issues shaping their vote choice, three emerge (chosen by 13 per cent of respondents each): healthcare, the environment and climate change, and the economy. Climate change’s inclusion here is noteworthy. Nearly a quarter of respondents who do not identify with the Coalition justify their choice by arguing the Coalition is not sufficiently committed to mitigating climate change.

The survey finds little evidence to back up assertions that foreign policy considerations will dominate the voting behaviour of Indo-Australians. To be sure, three-quarters of respondents reported that a party’s position on India is important when deciding who they will support in the general election. But when set against other weighty, kitchen-table issues, only six per cent of respondents reported Australia-India relations was their most pressing election concern. 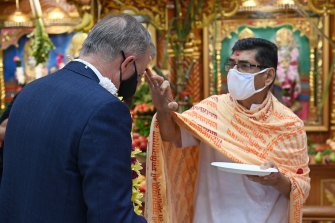 Anthony Albanese visits an Indian temple in Sydney’s Blacktown as part of the Diwali festival in 2021.Credit:Nick Moir

While these topline findings will bring much cheer to Labor supporters, the data suggest reasons for caution.

First, despite their pro-Labor vote intention, the diaspora broadly supports Morrison, thinks he has performed well as prime minister, and believe he has handled relations with India ably. Indeed, a plurality of respondents would like to see Morrison return as prime minister.

Second, when it comes to representing the interests of the Indo-Australian community and nominating its members as candidates, the diaspora rates Labor only marginally higher than the Coalition. Indeed, perhaps because the community’s rapid growth is such a recent phenomenon, no party is seen as closer to the community. Roughly equal numbers of respondents perceived that Labor (27 per cent) and the Coalition (25 per cent) are “closer” to the Indian community, while 35 per cent felt they are the same.

The net result of this new survey evidence is that while Labor holds a distinct advantage over the Coalition among Australians of Indian origin, it should not rest on its laurels. For this group of immigrants, it is advantage Labor—for now.

Caroline Duckworth and Milan Vaishnav are junior fellow and director, respectively, in the South Asia Program at the Carnegie Endowment for International Peace in Washington, D.C. Devesh Kapur is the Starr Foundation Professor of South Asian Studies at the Johns Hopkins University School of Advanced International Studies. Their new study on Indo-Australians can be found here.