Ghislaine Maxwell is 'dangerous predator' who 'served up' minors for Jeffrey Epstein to abuse, prosecutors say

The 59-year-old British socialite Ghislaine Maxwell is a “dangerous predator” who recruited and “served up” minor girls for deceased financier Jeffrey Epstein to abuse for a decade, prosecutors argued Monday during the first day of the long-awaited federal sex trafficking trial in Manhattan, New York.

In her opening statement, prosecutor Lara Pomerantz emphasized how Maxwell and Epstein allegedly approached one of their victims, a 14-year-old girl named Jane, at her summer camp in 1994 while she was sitting at a picnic table with friends. Epstein introduced himself as a donor who gave money to students, and he and Maxwell invited the girl to his villa in Palm Beach, Florida, for tea.

The meeting began “a nightmare that would last for years,” as the girl was pulled into a relationship with Maxwell and Epstein, who were “each more than double her age,” Pomerantz said. Now an adult, that once-14-year-old victim is expected to take the stand herself during the course of the trial.

Describing Maxwell and Epstein as “partners in crime” and the “best of friends,” prosecutors said the two targeted other young girls, often the daughters of single mothers, making them “believe that their dreams could come true” and promised to pay for school or help them become actresses or models.

Maxwell has pleaded not guilty to six counts, including conspiracy for allegedly enticing and transporting minors for the purpose of sex trafficking. A pilot was the first witness to take the stand Monday. 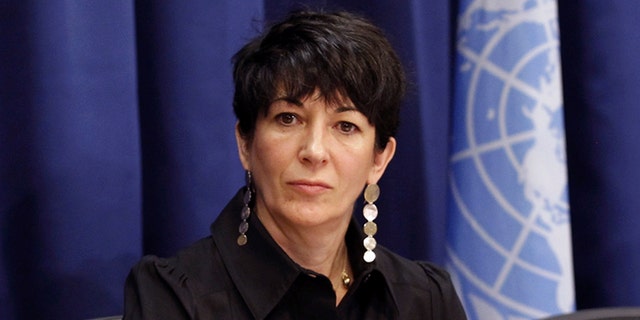 Maxwell was Epstein’s “closest associate and second in command,” Pomerantz said, as the socialite moved to get the girls comfortable with sexual contact with Epstein by first introducing massage. She allegedly would massage Epstein in front of the girls, encourage them to massage Epstein and sometime touched the girls herself. Once one 16-year-old victim traveled to Epstein’s ranch in New Mexico and was “isolated,” Maxwell allegedly “took steps to normalized sexual contact under the ruse of massage,” telling the teen to get onto a massage table before she began touching the girl’s breasts.

“The defendant walked the girls into a room where she knew that man would molest them, and there were times when she was in the room when it happened, making it all feel normal and casual,” the prosecutor said. “She preyed on vulnerable young girls, manipulated them, and served them up to be sexually abused. The defendant was trafficking kids for sex. That is what this trial is all about.”

In another instance, the prosecutor said Maxwell recruited a 17-year-old victim randomly, telling her driver to pull over after spotting the girl in a parking lot. Maxwell “took these girls on shopping trips, asked them about their lives, their schools, their families,” Pomerantz explained.

“She won their trust. She discussed sexual topics with them. She helped normalize abusive sexual conduct,” Pomerantz said. “She put them at ease and made them feel safe all so that they could be molested by a middle-aged man. She knew what was going to happen to those girls.”

In the 1990s, prosecutors say Maxwell and Epstein used the cover of mentoring young girls and promising scholarships and opportunity to invite them on trips and transport them across state lines, slowly introducing them to massage as a way to sexually abuse their victims.

Maxwell, who once dated Epstein, acted as the “lady of the house” at Epstein’s various properties, which included a villa in Palm Beach, a mansion in Manhattan, a ranch in New Mexico, an apartment in Paris and an entire private island in the U.S. Virgin Island. She fired and hired staff as she pleased, imposing “strict rules” for employees and demanding a “culture of silence,” prosecutors said.

“While this horrific abuse was going on behind closed doors, the defendant was jet setting in private planes and living a life of extraordinary luxury,” Pomerantz said. “These girls were just a means to support her lifestyle, a way for the defendant to make sure that Epstein — who demanded constant sexual gratification from young girls — remained satisfied so that the defendant could stay in the lifestyle to which she was accustomed.”

Then by the early 2000, they both no longer had to recruit girls themselves, Pomerantz said. Maxwell and Epstein created a “pyramid scheme of abuse,” encouraging “girls to bring other girls.”

Playing an essential role in the scheme for a decade, Maxwell allegedly “could just call girls to schedule massage appointments and hand them cash afterwards, overseeing the operation and normalizing the abuse by showing these young girls that she, an older, purportedly respectable woman, had no problem with the paid sex acts that were taking place during these so-called massages,” Pomerantz said.

“She knew exactly what she was doing. She was dangerous,” the prosecutor said. “She was setting young girls up to be molested by a predator.”

Epstein’s Palm Beach villa and his Manhattan mansion each had a room used for massage filled with photographs of naked females, prosecutors said. He brought girls into the room every single day.

The defense painted a different story in its own opening statement, arguing Maxwell was being used “as a scapegoat for a man who behaved badly.” Attorney Bobbi Sternheim told the court prosecution relied on the stories from four accusers based on events that happened between 15 and 25 years ago, and each of those women expected to testify have received millions from Epstein’s estate.

“They will recount their memories, memories of a quarter century ago, memories that have been corrupted by things that have happened throughout the years, manipulated by a narcissistic man and self-interested civil lawyers, and a desire for a big jackpot of money,” Sternheim said.

Sternheim further argued that Maxwell is being used as “a bull’s-eye of anger for women who were or otherwise believed they were victimized by Epstein.”

“Ever since Eve was tempting Adam with the apple, women have been blamed for the bad behavior of men, and women are often villainized and punished more than the men ever are,” Maxwell’s defense attorney said. Epstein was like “a 21st-century James Bond,” she said, arguing, “His mystery has stirred interest and his accusers have shaken the money tree and millions of dollars have fallen their way.”