‘Hallowed ground’: Outcry over plan to remove homestead for coal mine

Opponents of plans to remove a colonial-era Hunter Valley homestead to make way for a coal mine say it would destroy an important historic site that was the likely staging ground for a massacre of local indigenous people.

Glencore is seeking approval to extend its Glendell mine near the village of Camberwell to extract an extra 140 million tonnes of coal. The sandstone Ravensworth homestead, which dates from the 1820s, would be relocated to the town of Broke about 30 kilometres away. 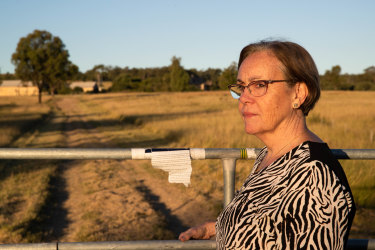 Maria Foot, a member of the Wonnarua First Nations clan, outside the historic Ravensworth homestead. The area is slated to be dug up as part of the Glendell coal mine expansion by Glencore, a major mining company.Credit:Janie Barrett

Local indigenous groups, though, say the plan amounts to a desecration of history because the area was known to be the launching spot for hunts that led to the brutal killing of the original residents and is likely itself to have been the site of some of the murders.

“Once [the homestead’s] removed, it’s just an empty shell,” Maria Foot, a member of the local Wonnarua clan, said. “It’s like moving a graveyard.”

Ms Foot said her family recalls tales of distant relatives fishing at the nearby Bowmans Creek being hunted down by settlers on horseback, with the children shot and their mothers raped and then murdered.

“The white people came and took what they wanted,” she said. “It’s not very well known but it’s not forgotten.”

Scott Franks, chief executive of Tocumwall, a company that works to protect Aboriginal cultural heritage, said the homestead also occupies some of the last land in the region that has not been excavated by nearby open-cut coal mines.

“We’ve got no hallowed ground left. Enough is enough,” Mr Franks said. “It’s a place of reckoning for our people. My great-grand mother was raped on this property.” 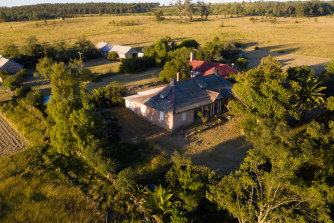 The Ravensworth homestead in the Hunter Valley near the village of Camberwell. Glencore wants to transfer it to another site to make way for a coal mine expansion,.Credit:Janie Barrett

Mark Dunn, author of a new book, The Convict Valley, said the archives point to widespread killings as colonials moved into an area known for its “sensational” deep alluvial soils and reliable water supplies that would have supported a large indigenous population.

“The British wanted access to rivers and creeks – exactly where the Aborigines wanted to be,” Mr Dunn said. “They literally smashed into each other.”

The worst single recorded incident involved the killing of 18 Aboriginal people. The main party left the Ravensworth homestead and chased the fleeing mob over several days, likely catching them after a hunt over 30 kilometres that took them away from the more exposed plains into rugged hillsides, he said.

Mr Dunn said his work was used by Glencore in its submission seeking approval to change the status of the land. Glencore took over the previous owner of the mine, Xstrata, which had pledged to restore and preserve the homestead at its present location.

“The homestead sits above a coal resource that could enable Glendell to continue operations that would support around 690 jobs, more than 400 local businesses, create up to 350 construction jobs, and contribute significantly to regional, state and national economies,” a Glencore spokesman said.

“Relocating the entire complex will make the homestead more accessible for the community and at the same time respect the heritage and history of the buildings.”

Additional assessments, including the use of ground-penetrating radar, had “recorded low-density artefact scatters and isolated finds but no evidence of graves or human [or] ancestral remains,” the spokesman said.

Mr Franks, who is also a representative of the Plains Clan of the Wonnarua People, said the area is “steeped in blood” and there is no doubt killings took place at a hut located within 100 metres of the homestead.

The group has also lodged a so-called section 10 application in court under the Commonwealth Aboriginal and Torres Strait Islander Heritage Protection Act, to stop the open-cut mine project proceeding.

The application contends the area “contains a landscape of open massacre of the Wonnarua people” but is also “sacred to our people” as a local of male initiation and women’s business ceremonies”.

Lyn MacBain, a local historian who also advises Singleton Council on heritage, said construction of an underground as originally planned would solve the problem.

The homestead itself is being left to decay, with the public unable to visit and photographing by those who are allowed in highly restricted. James Bowman, an early Principal Surgeon of the early colony of NSW

“It’s consent to destroy [the place] by neglect,” Ms MacBain said. “There’s no sense of transparency.”