HUGO the killer whale was said to have been so unhappy in his captivity at an aquarium that he slammed his head into the wall of his tank until he died.

The orca suffered a brain aneurysm after repeatedly ramming against the edge of his enclosure in a case often cited by animal rights activists as proof whales should not be kept at sea parks. 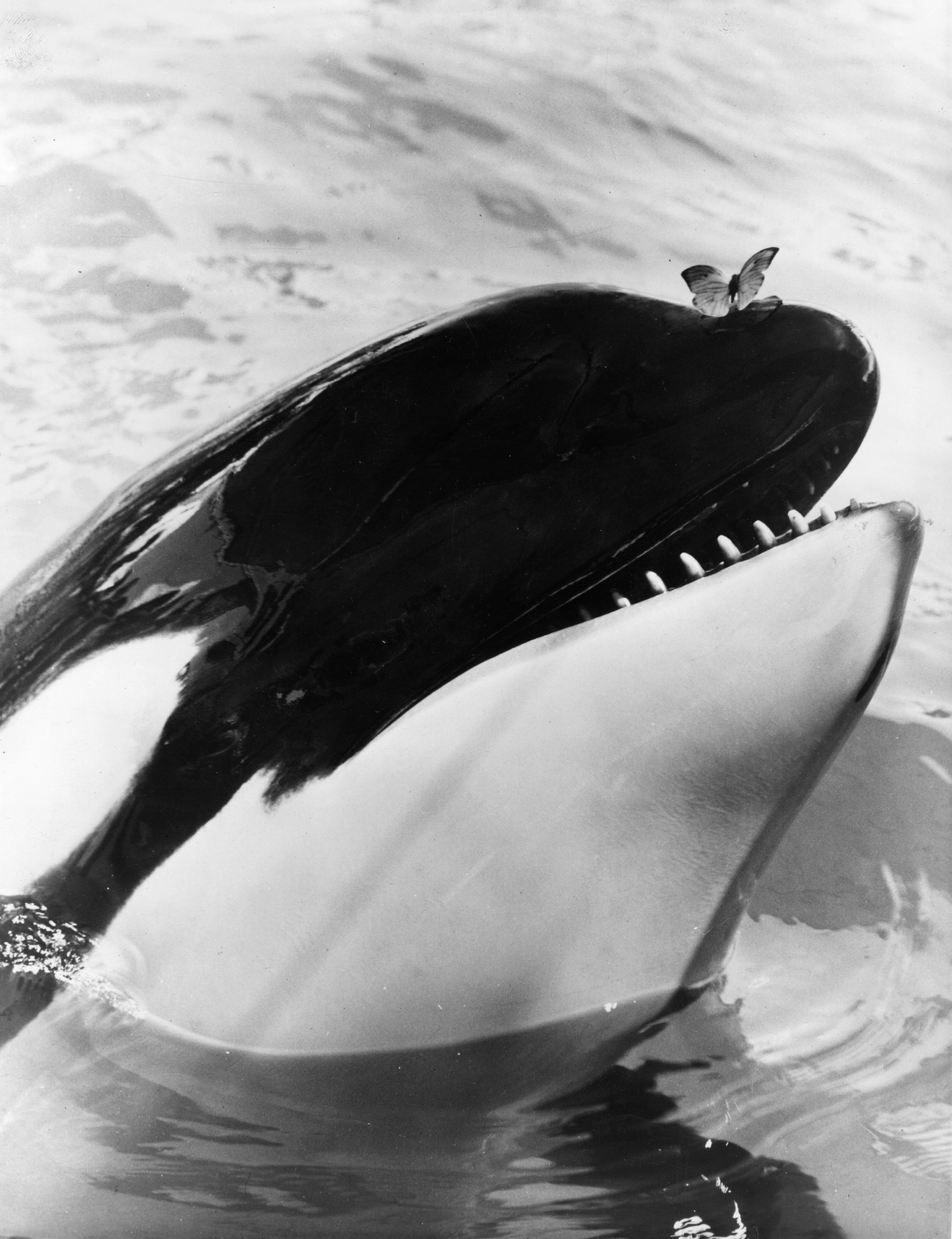 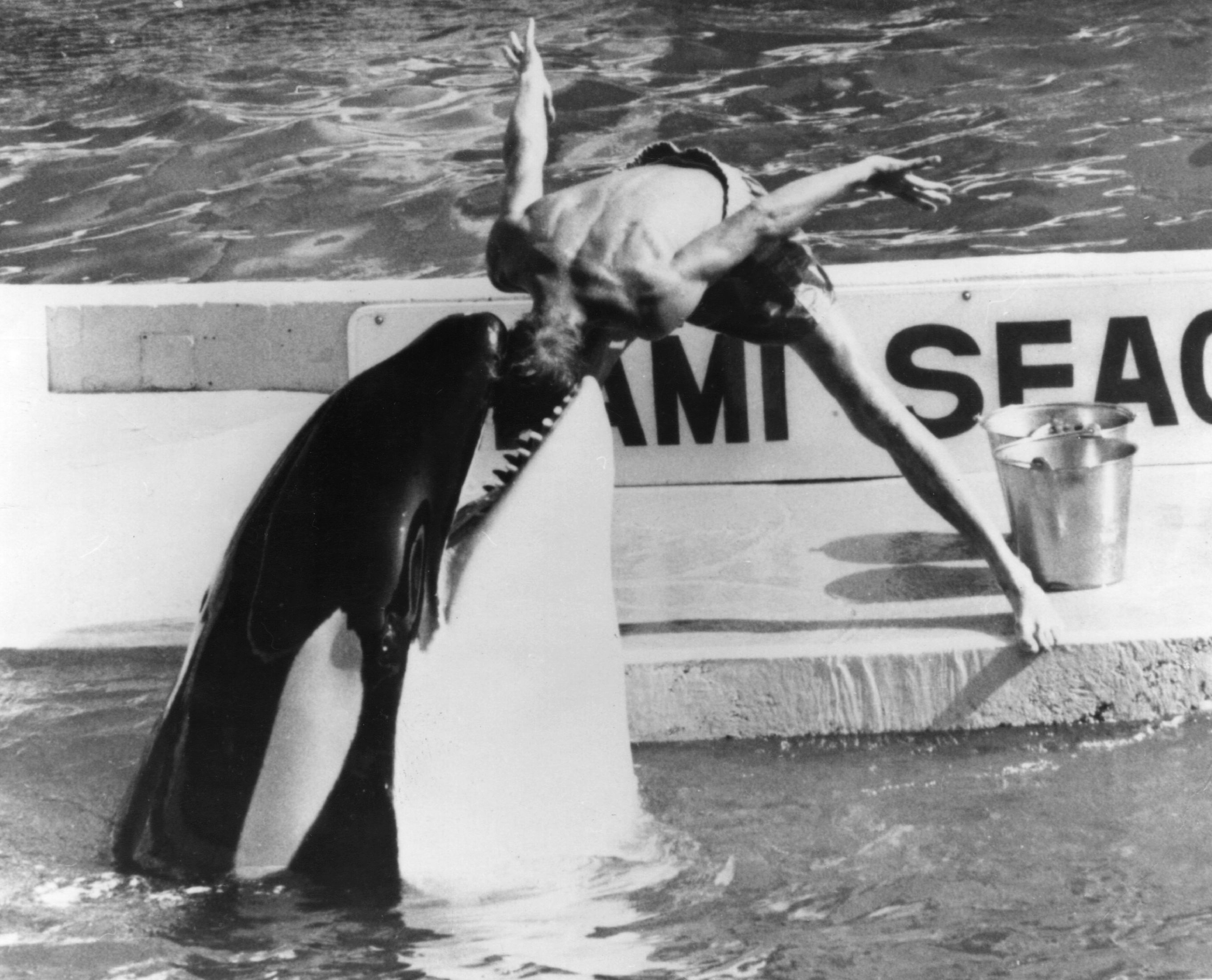 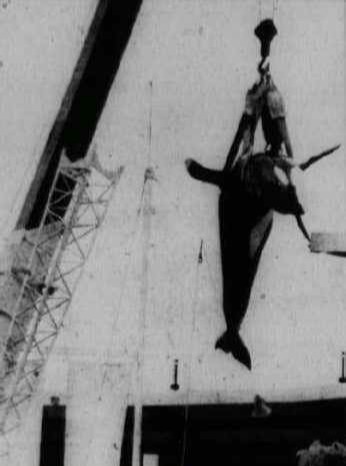 Hugo was the tank mate of another famous orca, Lolita, at the Miami Seaquarium in Florida, who 50 years since being captured is still subject to long running legal battles as activists rally for her release.

Lolita is the second oldest whale in captivity, and has spent of her years alone since Hugo died on March 4, 1980.

The Dolphin Project – an animal welfare organisation – says Hugo was born in the wild but then rounded up by hunters when he was around three-years-old while swimming in Vaughan Bay off the coast of Washington.

He was moved to the Seaquarium some 3,000 miles away from his home waters and was held in a tiny pool for two years until a new full enclosure was constructed, "The Whale Bowl".

Lolita was captured two years later in Penn Cove, Washington, and was moved in alongside Hugo.

However, after spending so long in isolation the marine mammal's behaviour deteriorated as he would become aggressive with his trainers and appear to self harm.

He is claimed to have regularly smashed his head against the side of his tank and allegedly attacked trainers in the pool with head butts and bites.

Richard O'Barry, founder of the Dolphin Project, a former animal trainer, wrote in his book 'Behind the Dolphin Smile' about meeting Hugo.

"When I fed Hugo, his tail would be lying on the bottom and his head would be completely out of the water," he said.

"It was pathetic. They wanted me to train him. I refused and left in disgust.”

Hugo is said to have broken the tip of his nose and even slashed it open once when he slammed and broke a plastic viewing bubble.

The distressed orca reportedly sliced off a about an inch and a half of his nose and was left with a flap of skin of around 3 inches dangling from him – which had to be treated by the vet and surgically reattached.

After repeated acts of self destructive behaviour, Hugo's demise came on March, 3, 1980 when he suffered an aneurysm – a buildup of blood in the brain.

It is suspected his repeated acts of ramming his head against the wall may have contributed to his death – with many animal activists referring to his sad end as "killing himself". 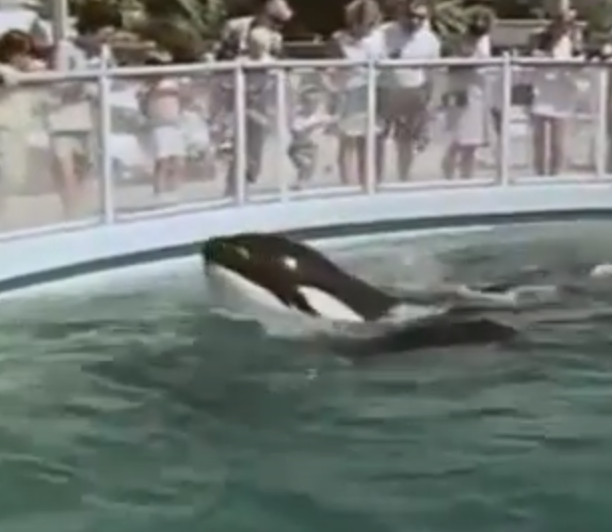 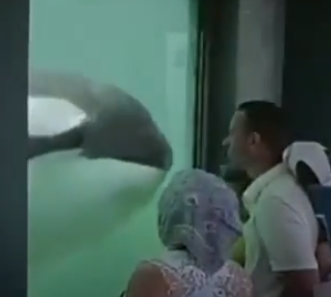 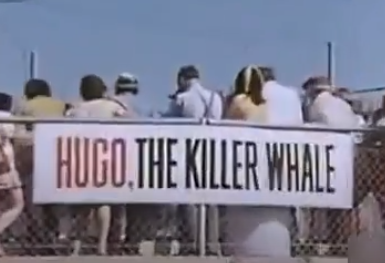 Pictures show the 10,000lb whale being sadly hoisted from his tank in a harness by a crane as his fins dangle limply by his side.

It is unconfirmed what happened to his body – but some claim he was disposed of in a landfill.

Killer whales have the second largest brain in the animal kingdom at 6kgs – four times bigger than humans with 1.5kg – and activists argue the animals suffer when held in captivity.

According to a necropsy report filed to the US authorities, which was released by The Orca Project in 2012, he is believed to have been around 15-years-old when he died – around half his natural lifespan in the wild.

The report reads that Hugo began to thrash in the weeks leading to his death and his movement became sluggish.

His ramming of his head against the sides of the tank over the years has widely been attributed to possibly contributing to his death – though the necropsy report seems to suggest physically he seemed well.

Killer whales have previously been reported to have bumped their heads against tanks or attempted to leap from the water in an apparent act of self harm.

Whales in wild have also exhibited some self destructive behaviours, with reports of mass whale beachings – however this is often attributed to confusion or sickness.

Video of a captive killer whale called Morgan beaching herself on a concrete slab and lying there for 10 minutes went viral in 2016 – with some suggesting the animal was attempting to take its own life.

The orca was also pictured wounded, having bushed her snout against the edges of the tank – just like Hugo.

Dr. Ingrid Visser, a marine biologist, described the orca's behaviour as "fundamentally wrong" and disagree with the Spanish zoo's assessment that the behaviour was "natural".

While it is unclear if these actions can be definitively classified as "suicide attempts" – the animals appear to be in distress.

And self destructive behaviour has been widely documented in orcas kept captive.

Naomi Rose, a marine mammal scientist at the Animal Welfare Institute, a nonprofit, told National Geographic in 2019 that due to their size and intelligence orcas do not do well when kept in enclosures.

"If you have evolved to move great distances to look for food and mates then you are adapted to that type of movement, whether you’re a polar bear or an elephant or an orca.

"You put [orcas] in a box that is 150 feet long by 90 feet wide by 30 feet deep and you’re basically turning them into a couch potato."

She added: "Not one marine mammal is adapted to thrive in the world we’ve made for them in a concrete box."

But despite it being accepted the animals can engage in self destructive behaviour – it is unclear if whales are capable of "suicide" in the human understanding of the term.

However, a study in 2017 found that 25 per cent of all orcas in captivity have severe tooth damage, and 70 per cent have at least some teeth problems.

Captive orcas are said to grind their teeth on tank walls to the point that the nerves are exposed – leaving them with ground down and open cavities.

Hit documentary film Blackfish laid bare the psychological toll which is said to occur on orcas in captivity – including testimony from former trainers.

SeaWorld trainers John Hargrove and Jeffrey Ventre claimed during their time working at aquariums that the whales regularly self harmed due to psychological trauma when speaking to The Sun Online.

Venture said the whales would regularly damage their jaws and have to be given medication such as Valium to help calm them down.

Hargrove added: "I worked with some whales that were on medication every day of their life and have personally watched whales die at very young ages from disease.

“It was the most difficult decision in my life to have to walk away from the whales I loved to be able to become a whistle-blower and expose the industry."