Prominent former lawyer Emma Walters is suing the Victorian government over allegations that police failed to protect her safety after she made multiple family violence claims against her estranged husband, union leader John Setka.

The allegations are included in a Supreme Court writ filed just before Christmas which makes a series of claims about the conduct of Victoria Police in handling her family violence complaints, including possible misfeasance or wilful inappropriate action. 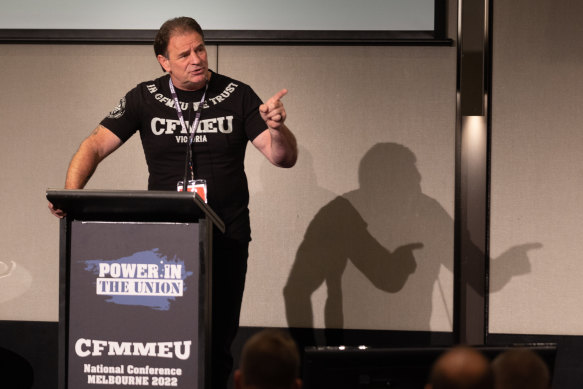 Walters has accused Setka of a campaign of harassment and of breaching intervention orders over many years. Setka, the Victorian secretary of the Construction, Forestry, Maritime, Mining and Energy Union, has repeatedly denied he has engaged in family violence against Walters.

In September, Walters and the couple’s two children were placed in crisis accommodation on the advice of a domestic violence organisation. The organisation said in writing, based on an assessment on information provided by Walters, that Setka posed an “imminent risk” to the family’s safety. Walters and the children remain at an undisclosed location interstate.

Lawyers for Walters allege Victoria Police failed a duty of care to protect her by not adequately dealing with the numerous statements and complaints she made to Footscray Police against Setka over more than a year.

That, they allege, “breached a duty of care” to properly supervise, control or train Victoria Police employees.

The Supreme Court writ includes a number of potential allegations about Victoria Police misconduct including misfeasance, that they breached Walters’ confidencep and breached her rights under Victoria’s human rights charter.

The writ said Walters had suffered “injury, loss and damage”.

Walters alleged, in the writ, that she had been subjected to “numerous” family violence incidents involving Setka and that four separate intervention orders have been in place to protect her. Victoria Police declined to comment.

The allegations in the high-profile case come after Victoria’s Royal Commission into family violence was completed in 2015 and led to an overhaul of the system and was meant to lead to improved – and more timely – police responses to family violence. 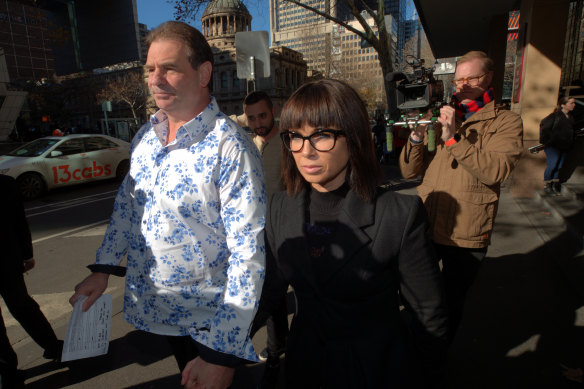 Setka has repeatedly verbally abused Walters and was convicted for harassment in 2019.

At that time, the ACTU leadership, including secretary Sally McManus, as well as much of the union movement called on Setka to resign. Setka refused and remains the leader of the union’s powerful Victorian construction branch.

The 2019 charges included harassing Walters and breaching intervention orders after he made more than 25 calls and sent 45 text messages in which he called her a “weak f—en piece of shit” and a “treacherous Aussie f—en c—” and a “f—en dog”.

Magistrate Belinda Wallington said during his 2019 sentencing that Setka’s behaviour had been “nasty” and “misogynistic”. Setka and Walters reconciled in the lead-up to the sentencing.

In February this year, The Age reported a taped phone conversation in which Setka repeatedly called Walters a “f—ing dog”, called her a “liar” and said she had “made a c— of yourself”.

Do you know more? Send a confidential message to [email protected]