There is a part of the new Grampians trail, just below Mount Difficult, that Tammy Schoo has already picked out as her favourite.

Here, the trail winds up slowly through three waterfalls, each bigger than the last, and then opens out suddenly into a big rock amphitheatre. Keep scrambling up the weathered rock and you end in clean, clear air. 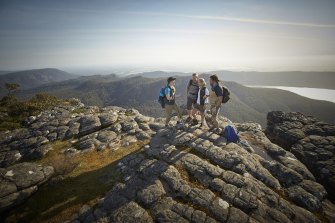 Gariwerd, the Aboriginal name for the Grampians in Victoria’s west, spreads out below, and you feel alone.

“The sense of remoteness is quite real,” the Grampians’ chief ranger says. “You feel like you’re in the middle of nowhere.”

Ms Schoo’s section is part of 100 kilometres of newly-cut track billed as the Grampians Peak Trail.

The $33.2 million project has been 20 years in the making and opens Saturday. The trail joins 160 kilometres of track along the spine of the ranges, the first complete north-to-south track through the park. 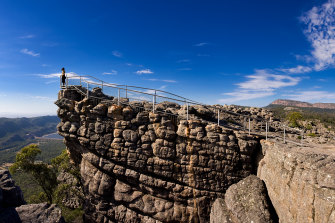 The Pinnacle lookout on the Grampians Peaks TrailCredit:Parks Victoria / Supplied

Gariwerd is already a magnet for bushwalkers but the new trail offers something unique: a trip deep into the park’s unvisited wonders, far from main roads and tourist sites.

“There is a lot of the Grampians people never see,” says John White, an ecologist for whom the park is a life’s study. “You get a completely different feel for the landscape when you’re away from the roads, away from the tracks. You’re in it. You see the birds, you hear the landscape, but you also feel the ancientness of it.”

From the trailhead at Mount Zero, the track winds south, summiting Gar (Mount Difficult), passing through Halls Gap, and then terminating at Dunkeld.

“The footsteps the ancestors might have walked,” says Ben Muir, a Wotjobaluk traditional owner. 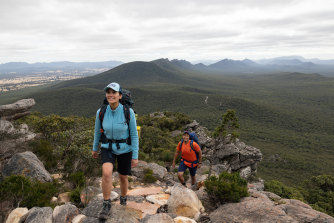 Gariwerd is part of the traditional lands of the Djab Wurrung and the Jardwadjali. They have lived there for more than 22,000 years, painting their history on the rocks.

The trail has been designed with their input, to help share their stories with visitors. There are plans for traditional-owner-led tours. “Gariwerd is such a heart for all our country,” says Damein Bell, CEO, Gunditj Mirring Traditional Owners Aboriginal Corporation.

The whole trip takes 13 days for those who want to hike it in one go, with 12 nights spent at campgrounds cut in along the way, but the trail is also designed to be sliced into smaller day or overnight hikes.

Eleven new campgrounds have been built as part of the project, each kept deliberately small but equipped with water and toilets. They are so remote Parks Victoria plans to service them via helicopter. At night, far from light pollution, the stars will be spectacular. 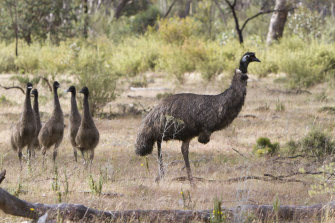 A group of emus, one of many animals seen along the trail.Credit:Museum Victoria / Supplied

“It’s not going to be a walk in the park, pardon the pun,” says Ms Schoo. “It’s really different depending on the sections you walk – and that was a key concept of it. It can cater for a lot of different skills and abilities.”

The hardest section of the trail starts at Durd Durd and passes through the lower Mt William ranges, where trails have not been cut before, descending deep into sheltered woodland valleys. In spring, the sides of the trail are dotted with early-season wildflowers and the red blooms of Flame Grevillia. That’s the thing that makes Gariwerd unique, says Professor White, an associate professor in wildlife ecology at Deakin University. The ranges are ancient seabed, pushed up over millennia into mountains. That means the park is dotted with different environments, each host to a unique biome.

“You get rocky escarpments, but the water flows down them, and there are points on the ranges that can stay wet for a really long time, and then you’ve got deep, dry, sandy areas where you get heaths and woodlands.”

Professor White first came here in 2008 for what was supposed to be a one-year project. He’s been here every year since. It’s an easy place to fall in love with. Allowing more people deep into the park, he hopes, will allow them to fall in love with it, too.

“People will see it for the beauty it is – and for what it could be. The climate crisis and people could ruin it, or it could be something that we look at and go ‘you know what, we need to hand this landscape on to the next generation in better shape than it has been before’.”