Trendy ‘mindfulness’ lessons in schools do NOT improve children’s mental health and many pupils find it ‘too boring’, study finds

Mindfulness training in secondary schools fails to prevent mental health problems and has no impact on wellbeing because students find it boring, according to the largest study of its kind.

The technique – where people pay attention to the present moment and their immediate thoughts and feelings – is widely regarded as an effective tool for managing wellbeing and has been shown to work in adults.

However, new research from UK schools found it was no better than what schools are already doing for mental health, and most children were not interested enough to practice mindfulness at home.

While mindfulness was found to improve the culture of a school, such as whether teachers were seen as approachable, mutual respect, views of leadership and relationships between staff, these effects waned after a year.

Mindfulness also left teachers less burnt out but these effects also disappeared after a year.

Experts said most students found the practice too ‘boring’ and so did not do their mindfulness homework during the 10-week course. 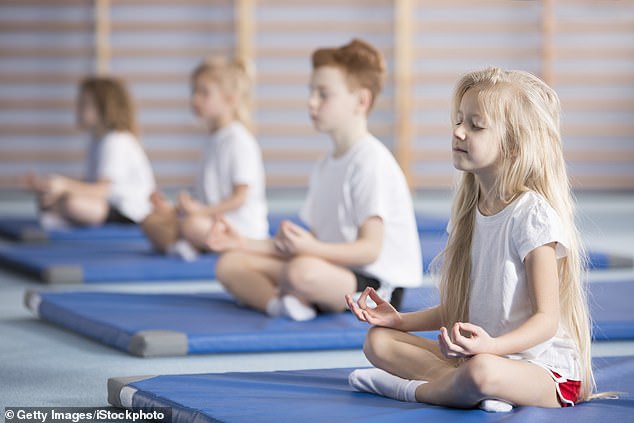 Mindfulness training in secondary schools fails to prevent mental health problems and has no impact on wellbeing because students find it boring, according to the largest study of its kind

The study, from the universities of Oxford, Cambridge, Exeter, Kings College London, University College London and Pennsylvania State in the US, was published in the Evidence-Based Mental Health journal.

Overall, experts analysed the effectiveness of schools-based mindfulness training on wellbeing, the risk of depression and its effects on social and emotional behaviour.

Mindfulness is a popular form of meditation in which you focus on being intensely aware of what you’re sensing and feeling in the moment.

The practice involves breathing methods, guided imagery, and other practices to relax the body and mind and help reduce stress.

It is often touted as a universal tool for boosting mental wellbeing by reducing stress, anxiety and depression.

Courses were delivered to students over 10 weeks, with 30 to 50 lessons in total.

One example of a session was meditation practice, where pupils relaxed and ‘scanned’ their body to focus on how they felt.

Mindfulness was compared with the current standard social-emotional teaching in schools.

The overall study found that while some young people rated mindfulness highly, a slightly larger group viewed it more negatively. Some 80 per cent of pupils also did not do the required mindfulness homework.

Data from the study suggests 29 per cent of children aged 11 to 14 have significant difficulties and are either ‘languishing’ or have mental health problems.

The study also found schools have a small but significant effect on children’s mental health and wellbeing, with the culture of the school being particularly important.

However, other things such as poverty have far more of an impact on children’s mental health.

These were girls, older teenagers and those living in areas of greatest poverty and deprivation.

Willem Kuyken, professor of mindfulness and psychological science at the University of Oxford and one of the lead authors, told a briefing that older children appeared to benefit more from mindfulness than younger children while those with existing mental health problems did not benefit. 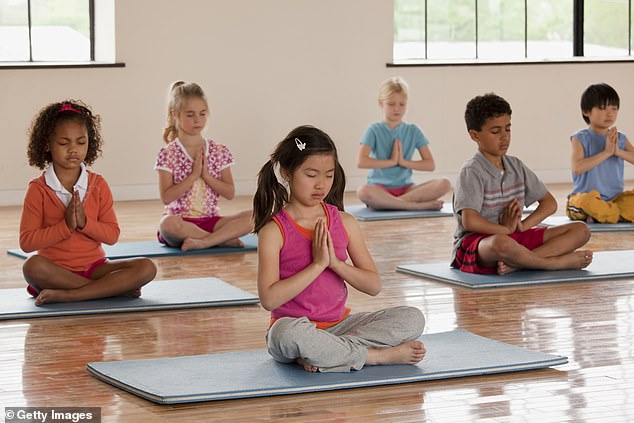 The study also found schools have a small but significant effect on children’s mental health and wellbeing, with the culture of the school being particularly important

He said: ‘We found … that the schools-based training, delivered by school teachers in this developmental window of age 11 to 14, did not do better than what schools were already doing in terms of teenager mental health or wellbeing.’

Professor Mark Williams, founding director of the Oxford Mindfulness Centre and co-investigator at the University of Oxford, said that, on average, pupils only practised mindfulness once over the 10-week course.

‘That’s like going to the gym once and hoping you’ll get fit,’ he said. ‘But why didn’t they practise? Many of them found it boring … Those students who did engage, did improve.

‘Those who had the most skilled teachers enjoyed the sessions and practised mindfulness more, and showed more benefit afterwards.

‘So, what we are not saying is all mindfulness training has to stop. But schools do need to look and see how it’s being received in your school.

‘Students are often the best experts in what works for them in this area … do they get something from it? If so, you have something worth keeping.’

Tamsin Ford, professor of child and adolescent psychiatry at the University of Cambridge and co-investigator, said: ‘Our work adds to the evidence that translating mental health treatments into classroom curricula is difficult and that teachers may not be best-placed to deliver them without considerable training and support.

‘Another approach would be for mindfulness practitioners to work with students at risk of poor mental health or who express a particular interest in attending mindfulness training.’

Dr Dan O’Hare, from the British Psychological Society, said: ‘The findings from this study certainly suggest there is a need to consider whether the mental health support we are providing to teenagers within schools is fit for purpose.

‘While mindfulness sessions can be hugely beneficial, it’s important to understand that it isn’t a surface-level intervention and how children and teenagers respond to it will be affected by the context in which it’s being taught and the school environment.’

In 2019, the Department for Education announced that up to 370 schools were taking part in research into mental health and wellbeing in schools, including mindfulness.