A puppy copied the heroics of fictional collie Lassie after raising the alarm with its owner when her companion fell and almost drowned in the family hot tub.

Five-year-old French Bulldog Harley had been lounging on the hot tub lid when Lottie the energetic Cockapoo, 13-weeks-old, started to play and jostle.

The weight of both pooches bouncing around on one side of the hot tub causes the lid, which wasn’t closed properly, to fall into the water.

Harley is sent tumbling tail over head into the warm water with no way to get out. 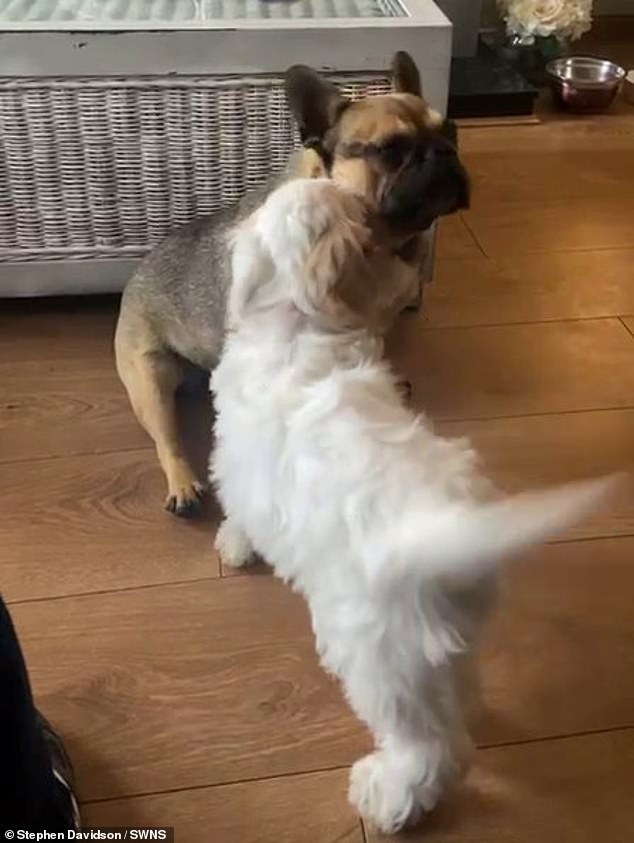 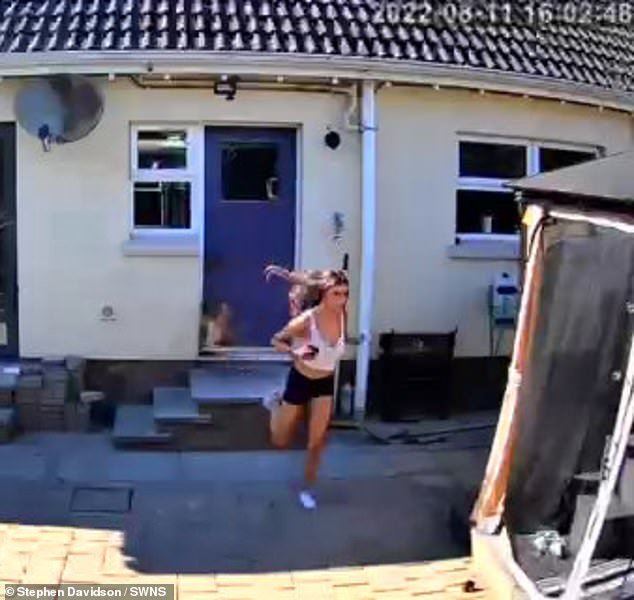 After Lottie loudly barked at the back door, owner Eva Davidson, 13, ran to the hot tub once she realised Harley was in danger 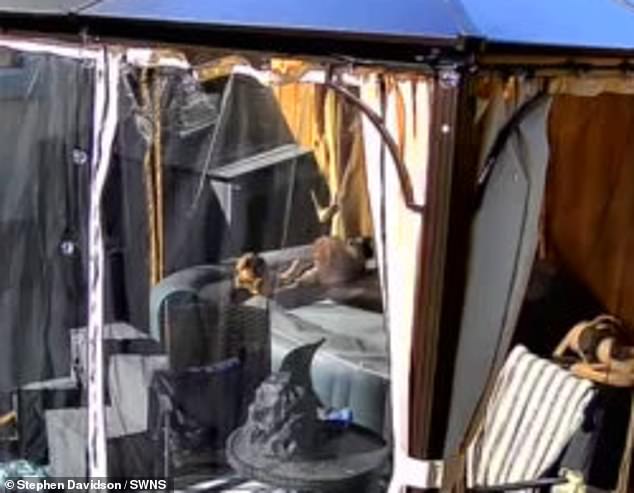 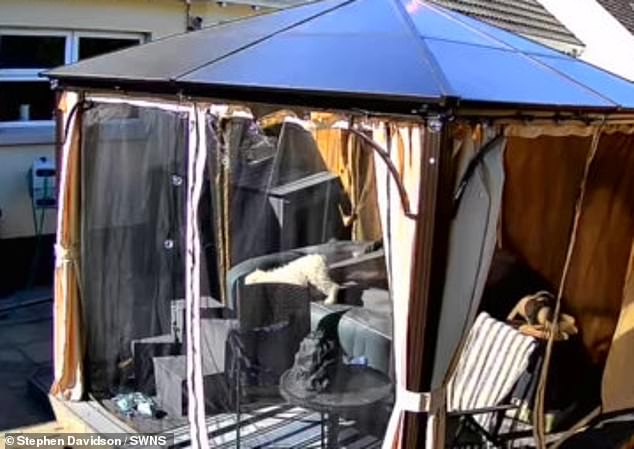 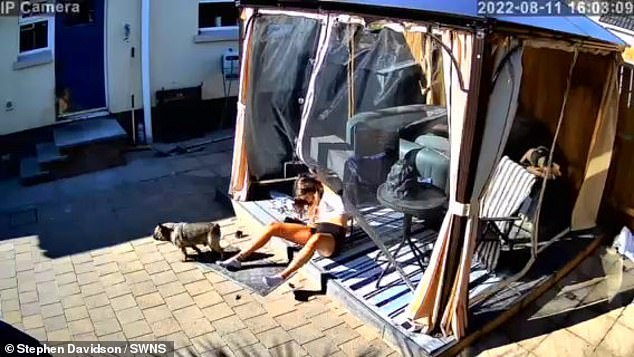 Eva takes a seat after rushing to save Harley from drowning 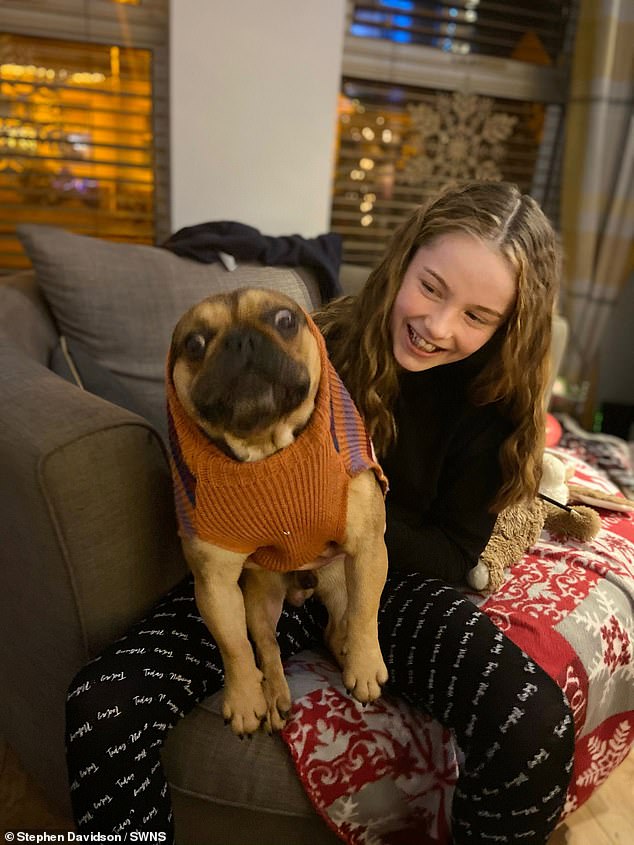 Fortunately Lottie notices immediately she’s in trouble, she paces back and forth frantically looking for a way to help.

She soon realises there’s no way she can drag Harley out the water so she runs to the back door and starts barking for help.

After hearing Lottie from inside, owner Eva Davidson, 13, then rushes into the garden and sees Harley on the cusp of drowning.

She quickly runs over and scoops him out the water – ultimately saving his life.

Eva told her dad Stephen Davidson, 54, about the incident, who then checked his security camera which recorded the whole ordeal. 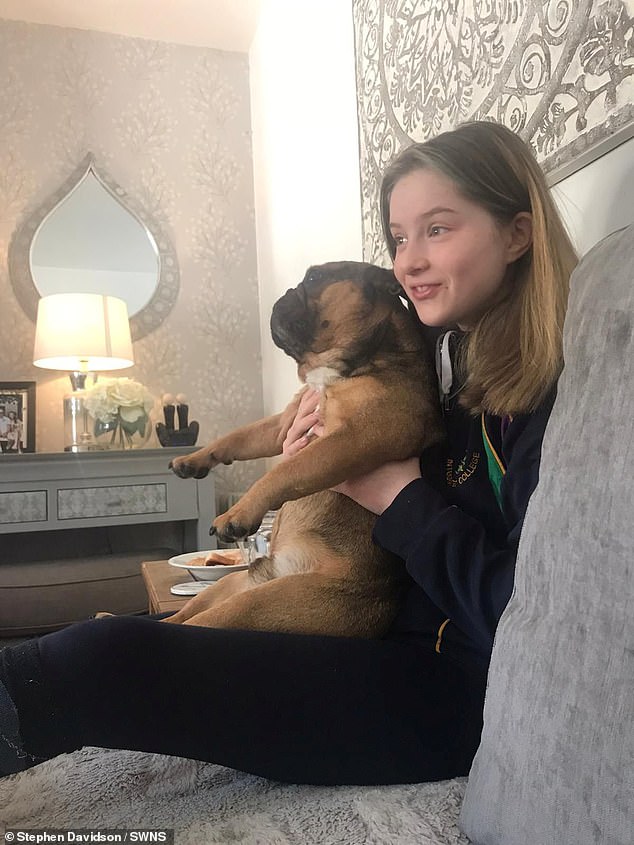 Stephen, from Ballynahinch, Northern Ireland, said: ‘When I heard Harley had fallen in the tub I knew my CCTV would have picked it up.

‘We looked back over the footage and Lottie’s reaction is incredible.

‘She sees he’s in trouble and consciously raises the alarm.

‘When Harley fell in I can imagine how panicked he was, and if it wasn’t for Lottie he would have died for sure.’