A GUTTED shark was mysteriously hung from the rafters at a high school in Florida.

Animal rights activists are demanding criminal charges against five teenagers accused of being behind the grisly stunt. 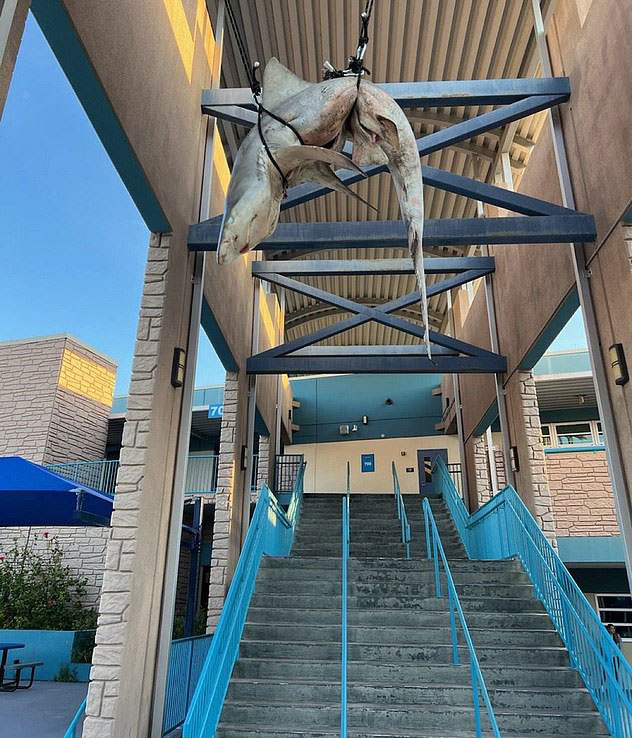 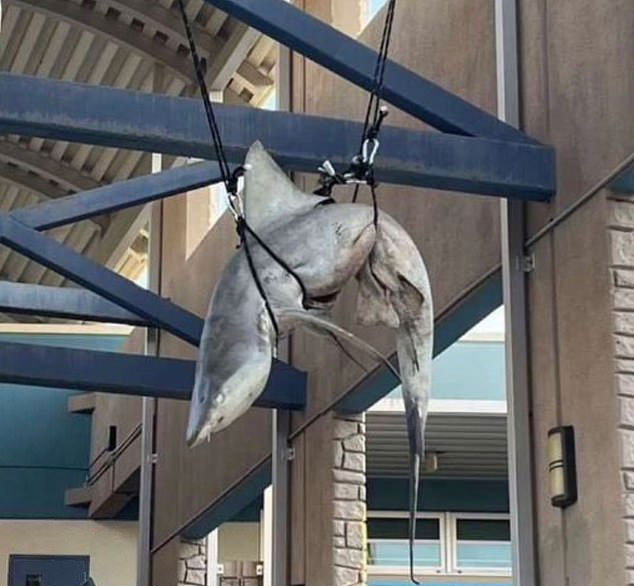 The large carcass – with its innards removed – was discovered at Ponte Vedra High School near Jacksonville around 8am on Thursday.

Pictures shared by schoolkids on Snapchat show how it was hoisted up with ropes just above the main staircase.

"That's a pretty big shark too. It's in the main courtyard. 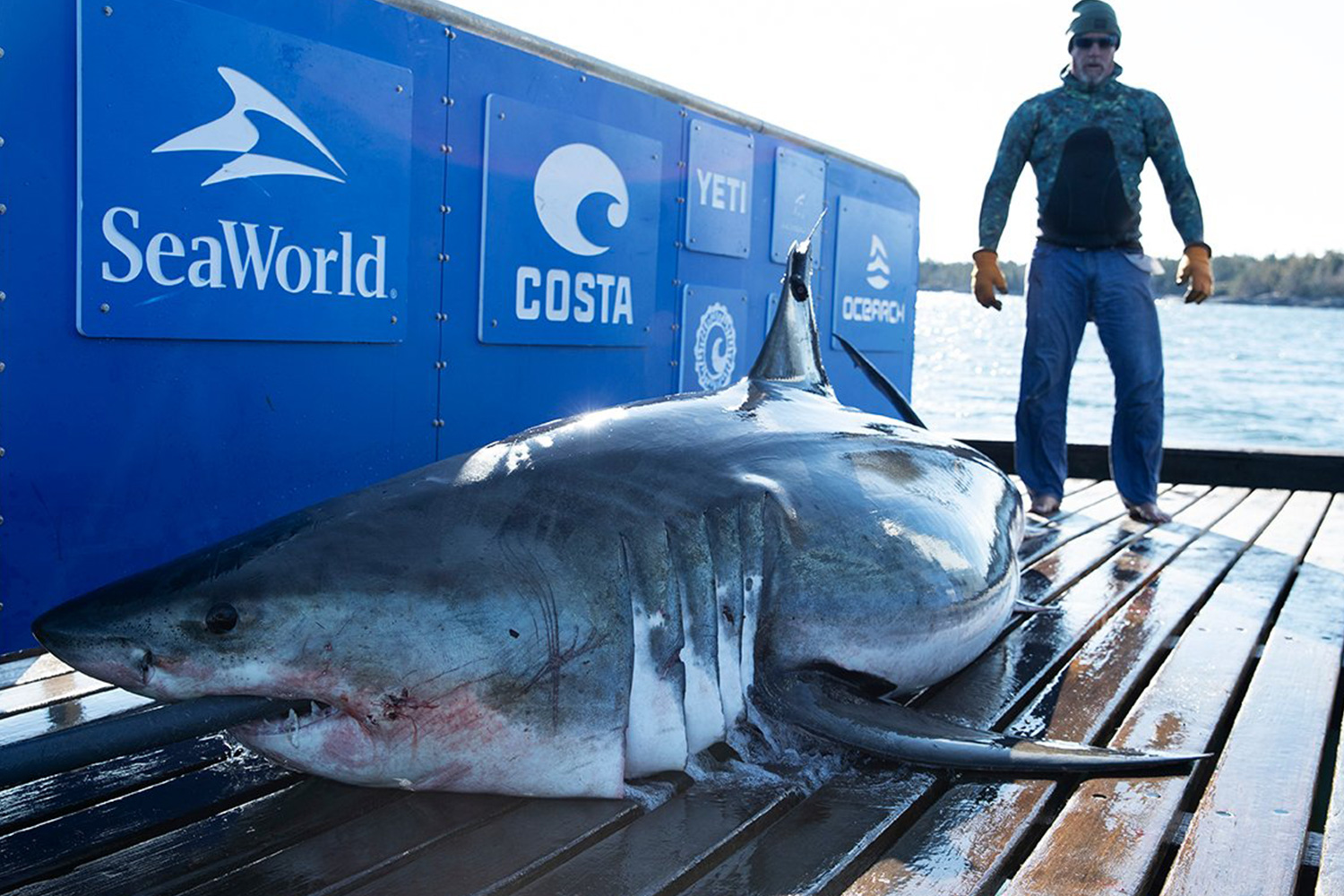 "There are some steps that go up to the main hall, and that's right over the steps, so it's in a pretty major spot."

The school said it had identified five seniors suspected of being involved.

Local police said they believed it was a "prank", given that the school has a shark as its mascot.

It remains a mystery how they allegedly managed to haul the massive beast into the school and hang it from the rafters. 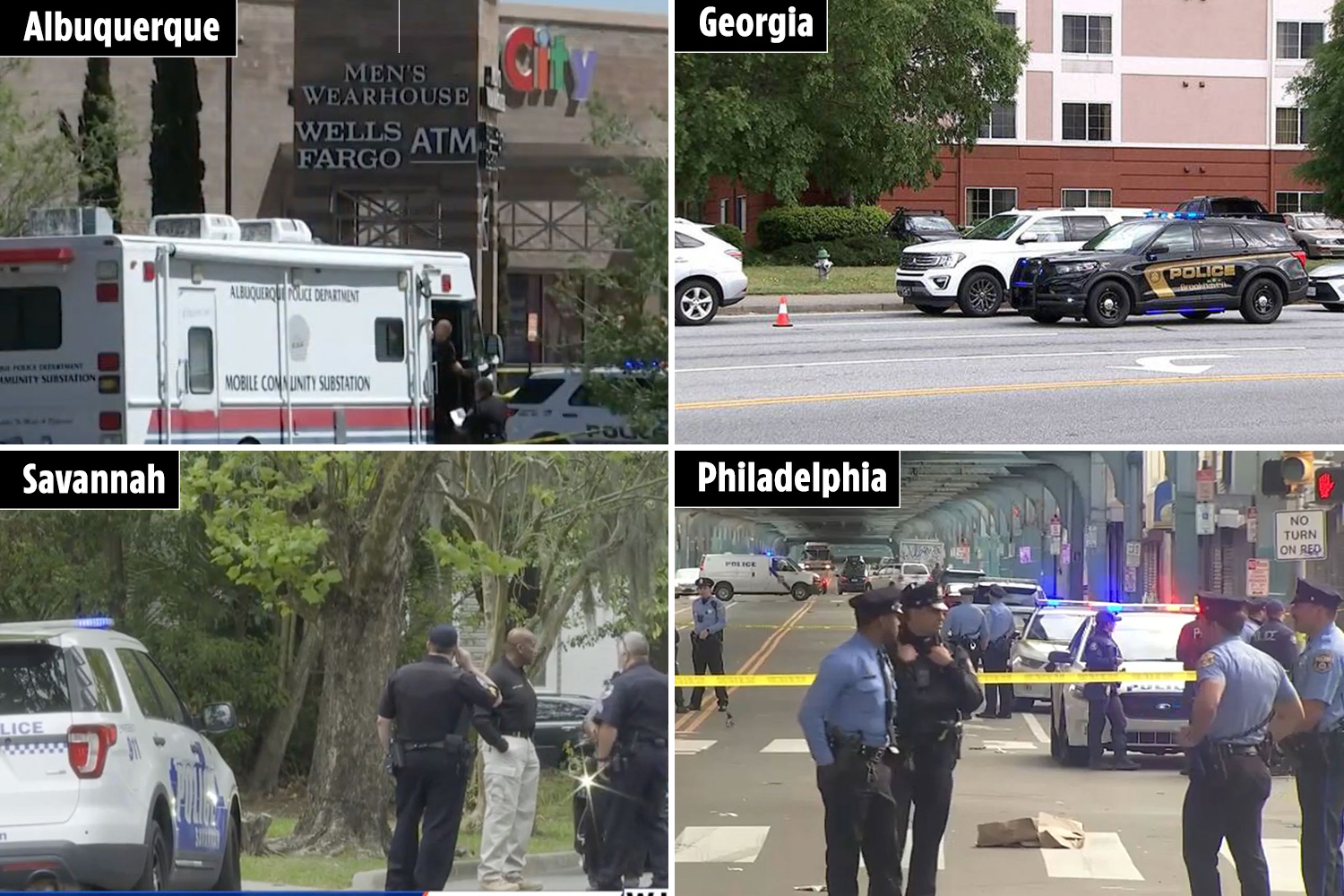 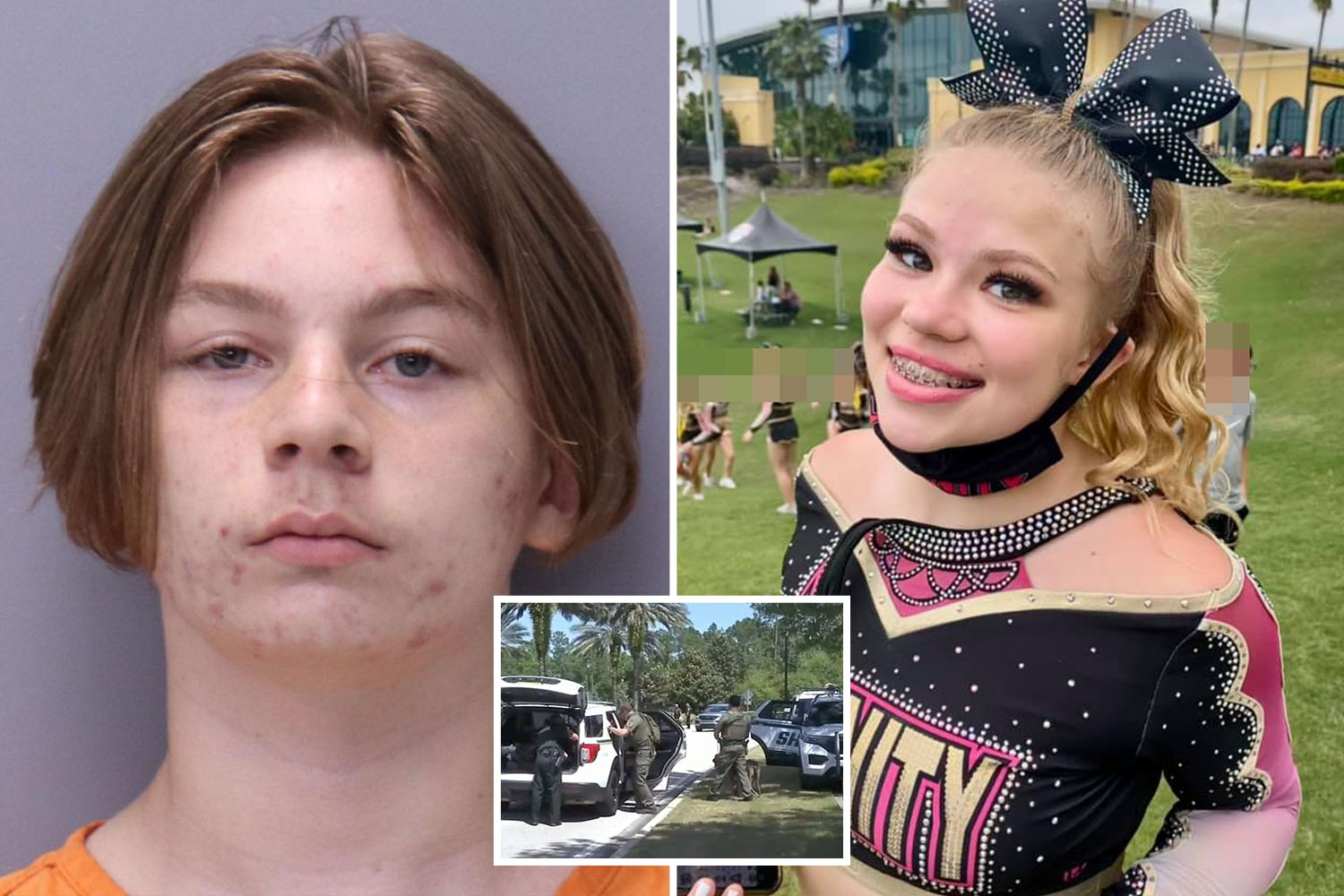 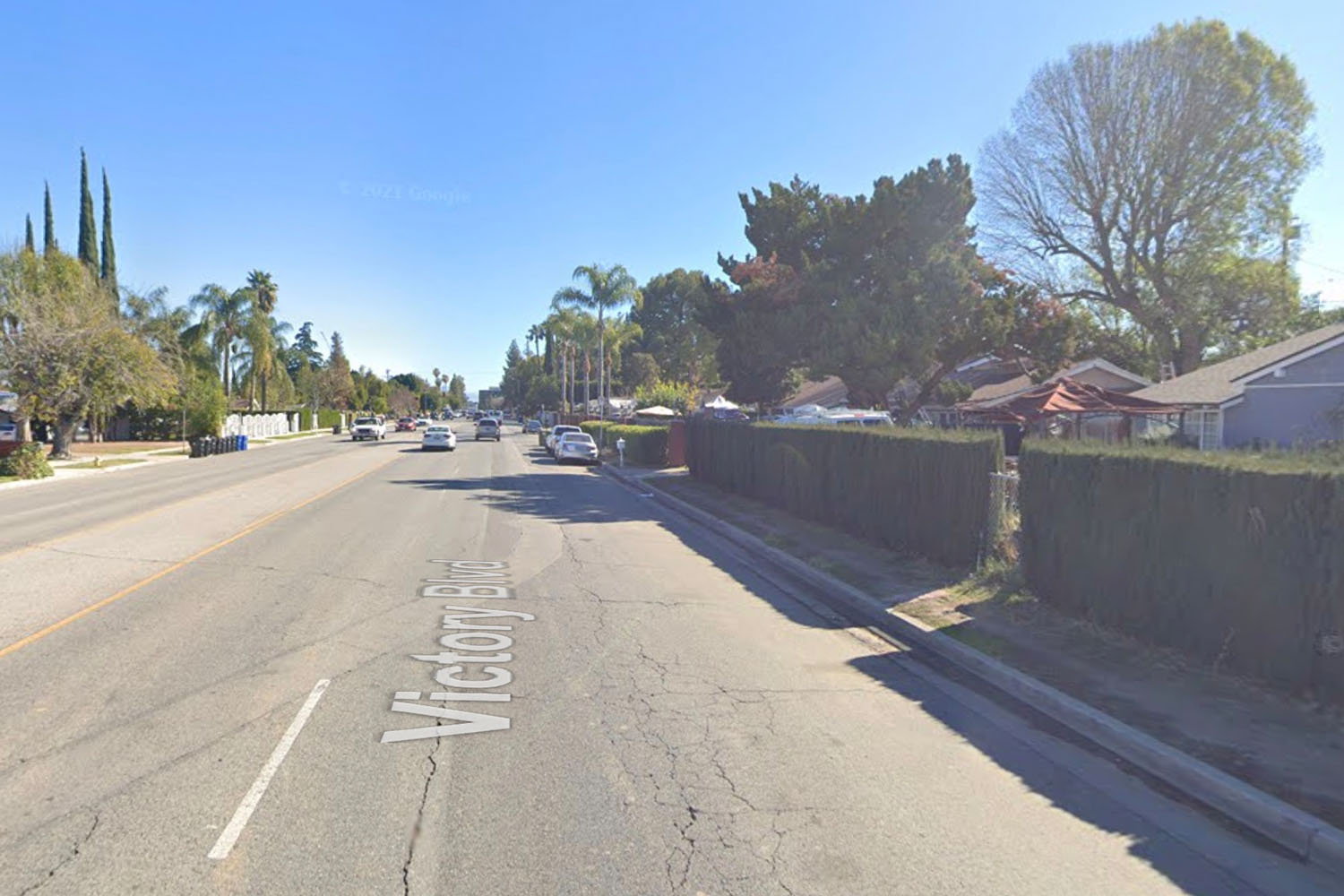 Mystery as three children, aged 8 to 12, found dead in home on Mother's Day

The St Johns County School District said the site was locked and secured at the time.

Officials said they had handed surveillance footage to authorities but it will not be released to the public.

So far more than 3,500 people have signed a petition demanding those responsible are prosecuted "to the fullest extent of the law".

Campaign group One Protest said: "As an animal advocacy organization, we are accustomed to seeing and hearing about execrable crimes carried out upon wildlife.

"This case is particularly egregious.

"We are dealing with high school seniors who have a blatant disregard for life and find killing, mutilating, and displaying the body of an animal as 'funny' or a 'prank'.

"This kind of mentality and behavior deserves to be punished.

"We must uphold the laws put in place to protect wildlife and hold those who break the law accountable for their actions."

The Florida Fish and Wildlife Conservation Commission confirmed it was investigating.

Any potential penalty would depend on the species of shark and whether the pranksters were the ones who caught and killed it, experts said.

Adam Suglaski, executive director of One Protest, said it was not yet known where the students got the carcass. 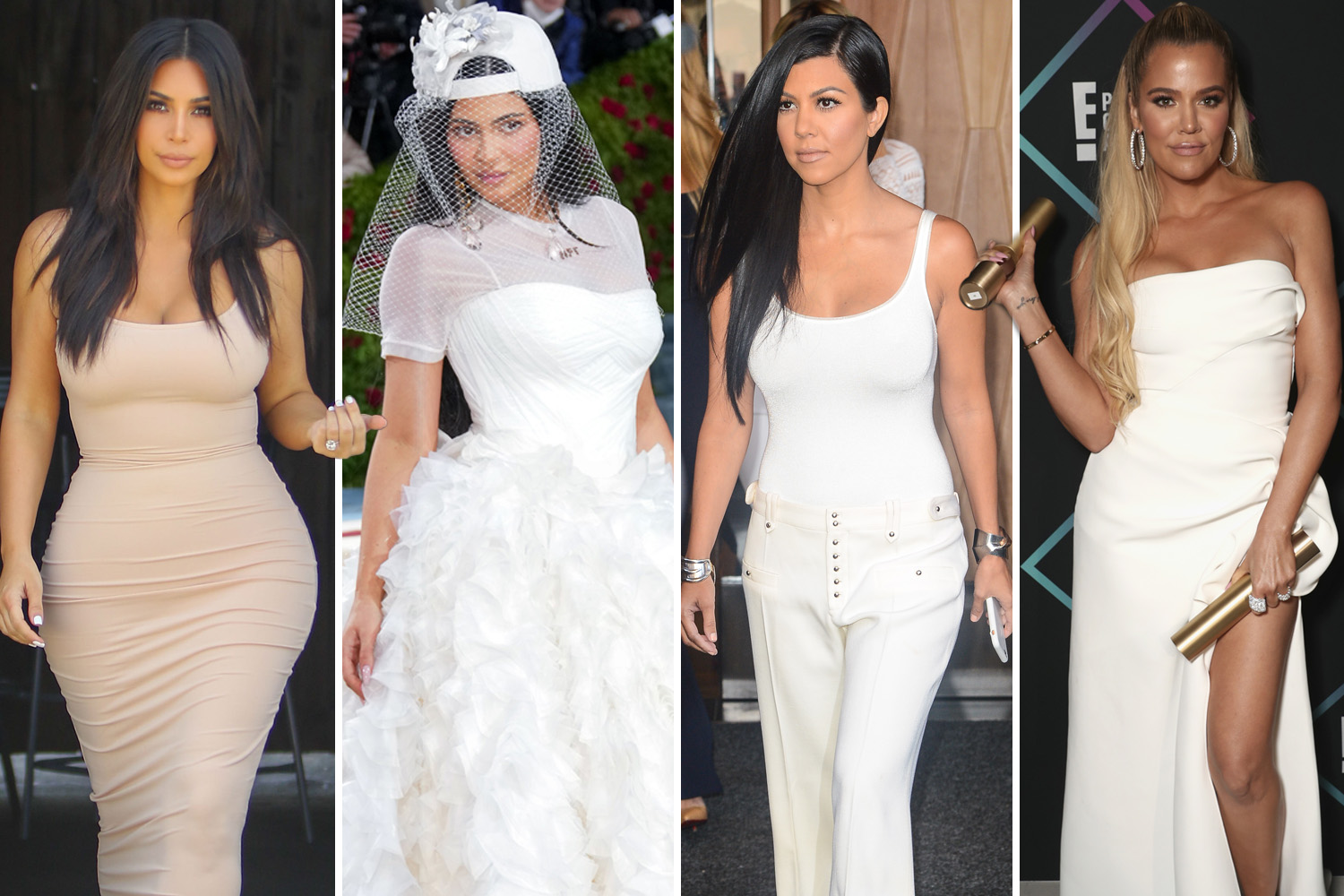 All the times the Kardashians showed REAL post-baby bodies

He said: “It is legal to catch a bull shark and take it. So it could have been caught legally, or they could have purchased it from fishermen off the dock.

“Regardless of what species of shark it is, it’s still upsetting to see that animal just being used as a prank.” 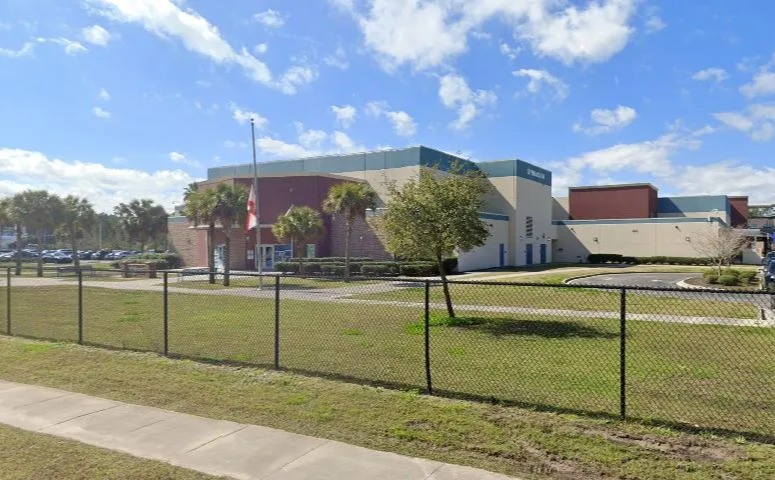