People will be invited to come together to ‘mourn and reflect on the life and legacy of Queen Elizabeth II’ during a minute’s silence on Sunday, Number 10 announced today.

The moment of commemoration will be marked at 8pm and could take place at home, on doorsteps or on the street with neighbours, Liz Truss’s official spokesman said.

It will take place the night before the Queen’s state funeral, which will see at least a million people take to the streets of London to watch a procession before a service attended by heads of state from across the Commonwealth and the wider world. 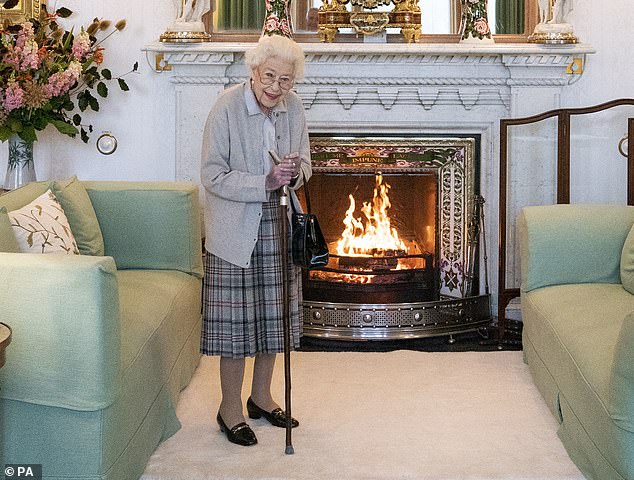 Ms Truss’s spokesman said: ‘At 8pm on Sunday 18 September, the night before the state funeral, there will be a one-minute silence where the public are invited to come together and observe a national moment of reflection to mourn and reflect on the life and legacy of Queen Elizabeth II.

‘The silence can be marked privately at home on your own or with friends and neighbours, out on your doorstep or street with neighbours, or at any locally arranged community events and vigils.

‘We encourage local community groups, clubs and other organisations to mark this moment of reflection. And if you are overseas, people are encouraged to mark the silence at their local time.

‘The shared national moment of reflection is an opportunity for everyone across the UK to mark the death of Her Majesty and we will set out details of where the Prime Minister will mark it closer to that time.’

It comes as the Duke of Sussex today paid an emotional tribute to his late grandmother, praising her ‘sound advice’ and ‘infectious smile’ and calling her a ‘guiding compass’ through her commitment to service and duty.

In a statement released today, which is understood to have been held back a day out of respect for the anniversary of the September 11 attacks, the Duke also said he wanted to honour his father at the start of his reign as King.

Harry also referred to his ‘darling wife’ Meghan Markle; said he was grateful that the Queen had hugged her ‘beloved great-grandchildren’; and spoke of how he ‘cherished’ the times spent with the 96-year-old.

Today, King Charles III and Queen Consort Camilla were in London to visit Westminster Hall, where both Houses of Parliament expressed their condolences to the new monarch and his wife, with the King giving his reply. 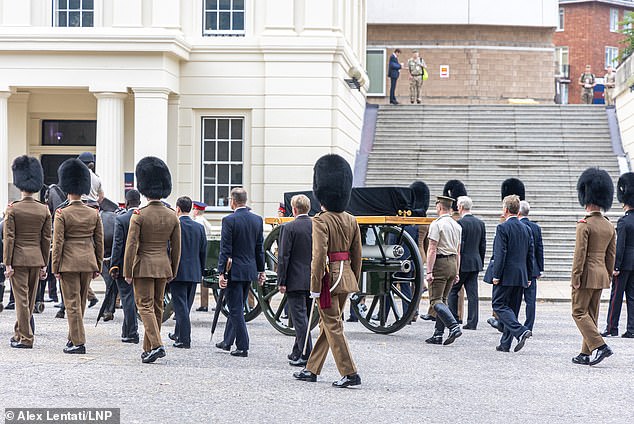 Later, the coffin carrying the Queen’s body will be taken from the Palace of Holyroodhouse in Edinburgh to nearby St Giles’ Cathedral where her family and the congregation will attend a service of thanksgiving for her life.

And Harry said today: ‘In celebrating the life of my grandmother, Her Majesty The Queen – and in mourning her loss – we are all reminded of the guiding compass she was to so many in her commitment to service and duty.

‘She was globally admired and respected. Her unwavering grace and dignity remained true throughout her life and now her everlasting legacy.

‘Let us echo the words she spoke after the passing of her husband, Prince Philip, words which can bring comfort to all of us now: ‘Life, of course, consists of final partings as well as first meetings.”

He added: ‘Granny, while this final parting brings us great sadness, I am forever grateful for all of our first meetings-from my earliest childhood memories with you, to meeting you for the first time as my Commander-in-Chief, to the first moment you met my darling wife and hugged your beloved great-grandchildren. 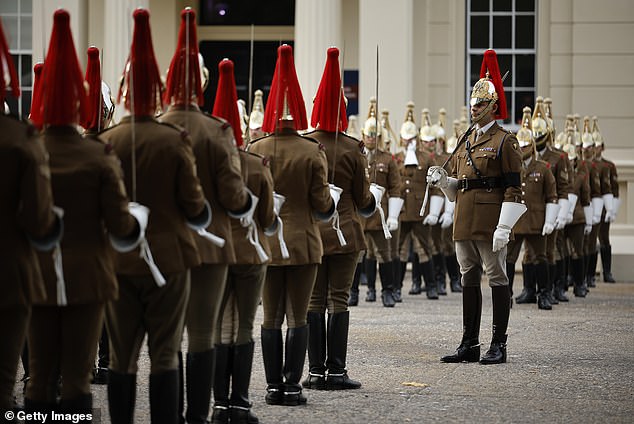