Pope Francis has issued tough new anti-corruption regulations which bans Vatican staff from receiving any gifts worth more than 40 euros.

New laws published today are believed to be aimed at putting an end to the lavish gifts given by wealthy benefactors, friends and fellow clerics.

The Pontiff has preached about cleaning up corruption in the Vatican for eight years, but the new law marks his biggest step to ensure his own cardinals and managers are clean.

The 40 euro limit on gifts applied to all Vatican employees of any level and the rest of the decree to managers, whether clerics or lay.

It said managers must disclose at the moment of appointment and every two years after that if they have been the subject of financial investigations. 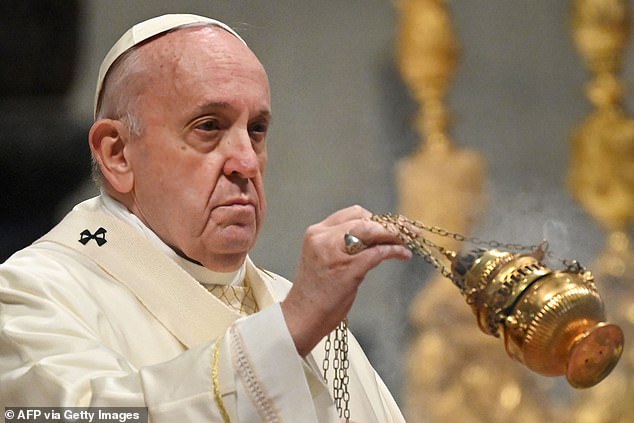 It also says they cannot use tax havens or own real estate obtained with funds from illegal activity. Vatican financial authorities will be empowered with controls.

The Pope wrote the regulations were necessary ‘because corruption can manifest itself in different forms and ways.’

He wrote: ‘Vatican superiors have the particular responsibility of making concrete the fidelity of which the Gospel speaks, acting according to principles of transparency and the absence of any conflicts of interest.’

New hires must sign a declaration attesting they have never been convicted of a crime and aren’t currently under investigation for offenses including money laundering, corruption, fraud, exploitation of minors or tax evasion.

The decree followed another papal law last May in which Francis tightened rules for Vatican procurement contracts.

The practice of gift-giving among Catholic clerics was the source of several scandals in the Church in recent years. 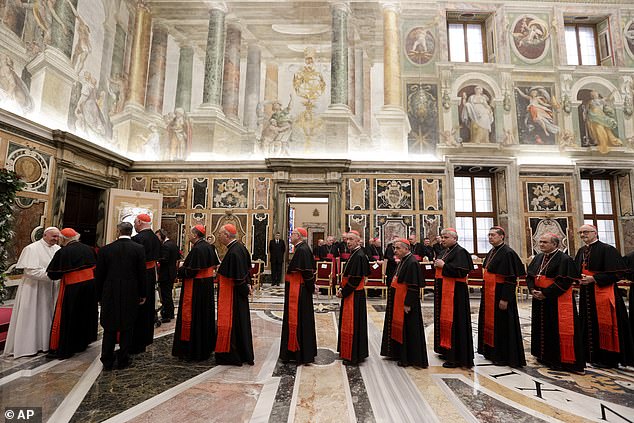 The new laws include all Vatican employees as the Pope said: ‘Corruption can manifest itself in different forms and ways’

In 2019, an investigation by the U.S. Church found that Bishop Michael J. Bransfield of West Virginia sent personal cheques totalling more than $350,000 to about 140 fellow clerics over more than a decade, including two U.S. cardinals.

He later used local Church funds to reimburse himself. The investigation found him responsible for sexual harassment of adults and financial improprieties. He denied wrongdoing.

One of the Vatican cardinals who received the gifts from Bransfield returned the money and the other said he had given it to charities.

McCarrick was expelled from the priesthood in 2019 after an internal investigation found him guilty of sexual abuse of minors and adults and abuse of power.