THIS is the shocking moment a veteran's American flag was set alight outside his home before Memorial Day weekend.

Adam Douglas, who fought in Afghanistan, has shared doorbell footage of the flag-burning incident at his Tempe, Arizona, home. 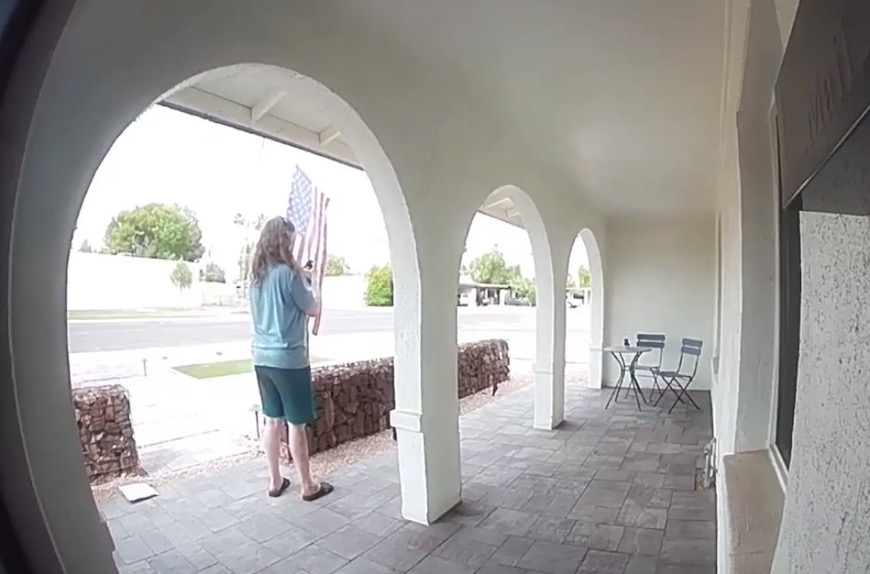 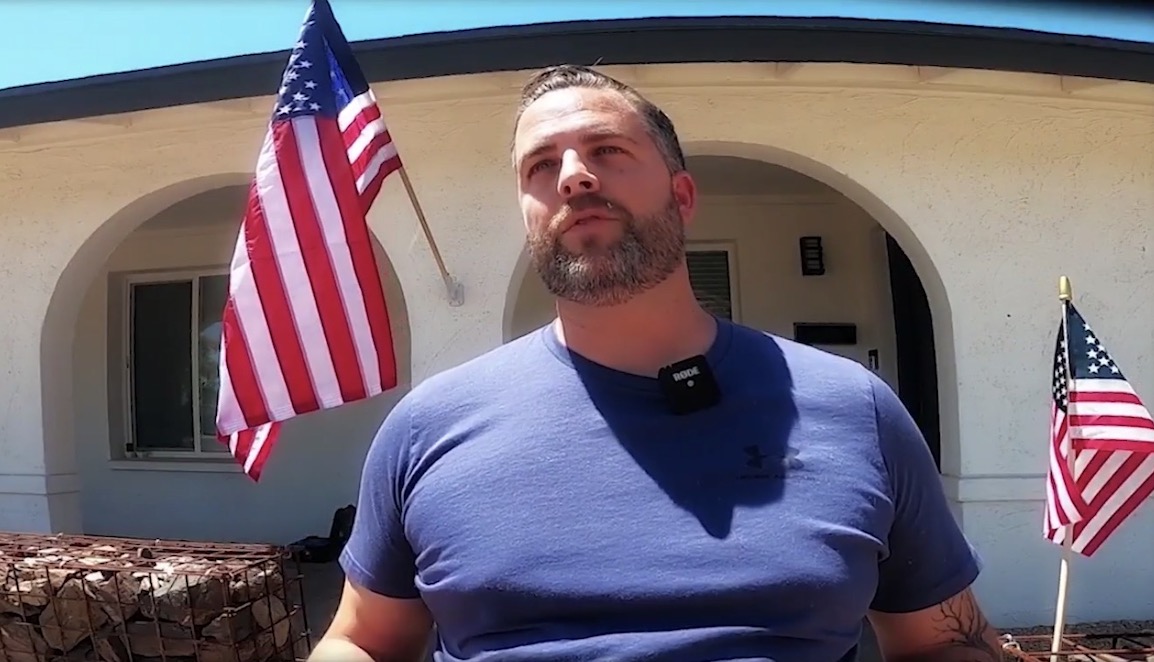 Fox10 Phoenix reports that Douglas – who last served in Afghanistan as a captain in 2019 – discovered the flag missing after returning from Memorial Day weekend celebrations.

Mystified over its disappearance, he checked CCTV footage captured by his doorbell security camera.

And what he saw shocked him.

A person can be seen touching the flag before turning away to pick up what appears to be a lighter.

Douglas alleged they were trying to "light the flag" as he could hear “several clicks on the video".

“And they had it up to the flag, trying to to set the flag on fire," he added.

At the end of the footage, however, the flag is missing, “presumably stolen”, said Fox10.

We’ve had people die in Afghanistan.

Douglas added: “Memorial Day weekend; you know we’ve had people die while I was over there [in Afghanistan] as well, and [the American flag] means a lot.

“I want to make sure that flag is out on Memorial Day weekend. To have it stolen is, you know, I just couldn’t understand it."

Tempe police have gone door-to-door to see if there were any other witnesses to the alleged theft.

It's not known what charges the person would face.

Douglas said that he has now replaced his beloved flag with another – which is "a little bigger than the last one too".

Douglas told Fox10 that, luckily, he returned to the US with several flags he had with him while serving the country in Afghanistan – all of which are significant to him.

He admitted to being grateful that none of those had been attached to the front of his home last week, as he had no inkling that such an incident could happen in his neighborhood.

Anyone with information on the alleged theft is asked to contact Tempe Police.