Hero teen pilot, 18, makes emergency landing on two-lane highway after small plane’s engine lost power while he took his family for breakfast: ‘I could hear grandma crying in the back – I had to tune her out’

An 18-year-old was flying a small plane carrying his grandmother and two cousins when an engine failure required him to land on a two-lane highway.

Brock Peters, who had only had his pilot’s license for four months, was flying his family over San Bernardino for breakfast on Monday when he was forced to make the tense emergency landing on El Cajon Boulevard.

At an altitude of around 5,500 feet the Piper PA-28 he was piloting lost power, requiring him to focus on bringing the plane down on historic Route 66 despite his grandmother’s distracting cries from the back of the cockpit.

‘I can hear my grandma crying in the back,’ he told CBLA. ‘I’m like “I’ve got to tune her out, focus on what I need to do and get this plane down safely and make sure everybody is OK.”‘

Nobody was injured during the landing, which happened shortly before 10am on January 2 as Peters was flying from Apple Valley Airport to Riverside Airport. 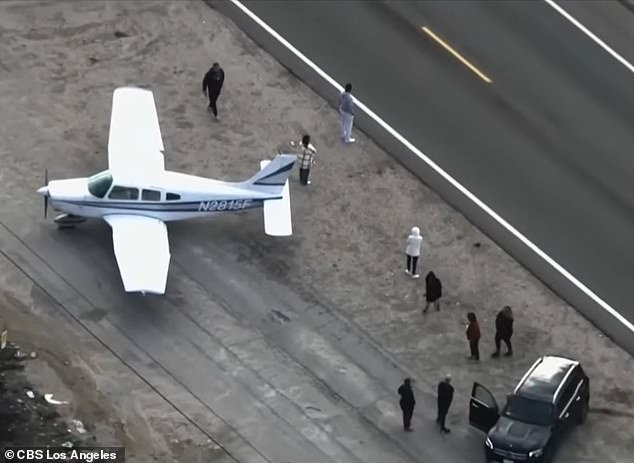 Brock Peters, 18, landed a plane on Route 66 when its engine stopped firing 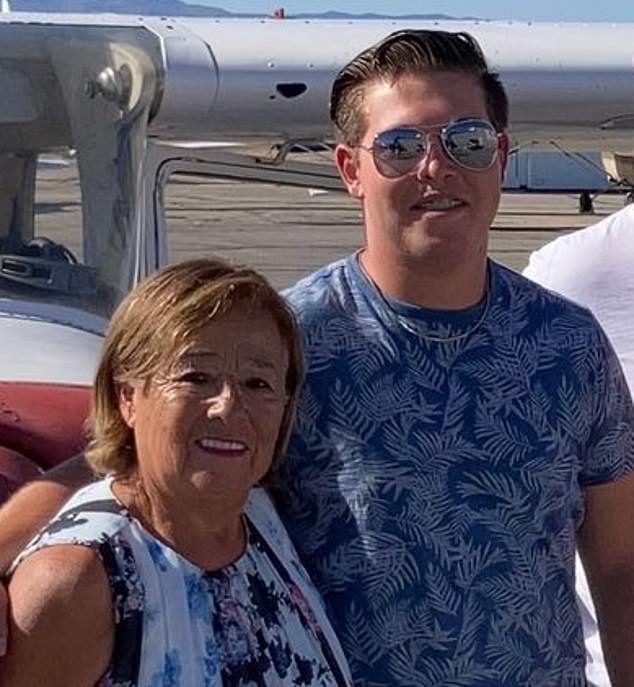 Peters (right) was flying with his grandma, Martha Quiroga (left), and two cousins on Monday morning

‘We’re coming through the pass and I hear a boom and then I lose all my engine power,’ said Peters. Unable to get the engine firing again, he started looking for somewhere to land.

‘From the air, the field right in front of me looks flat,’ he said. ‘But once you get lower, it’s trees, rocks, everything – just going to tear the plane up.’

He then decided his best option was to land on the road but had to guide the plane under power lines to do so.

Although the road only had two-lanes he told DailyMail.com he wasn’t particularly concerned about traffic.

He explained how after the landing, his grandmother, Martha Quiroga, remained in distress and continued crying. 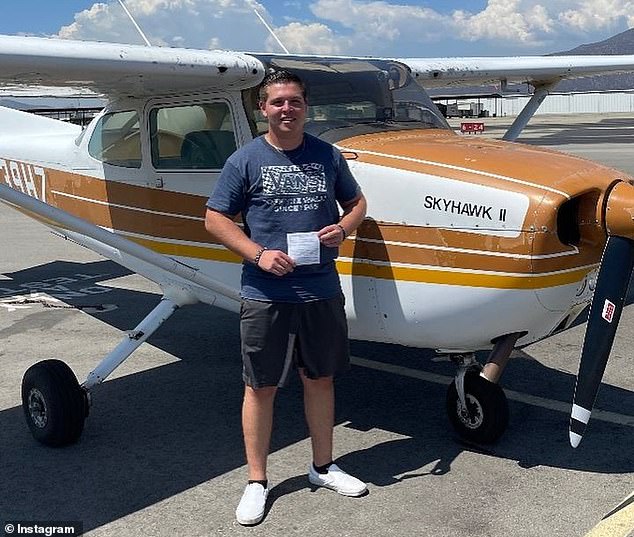 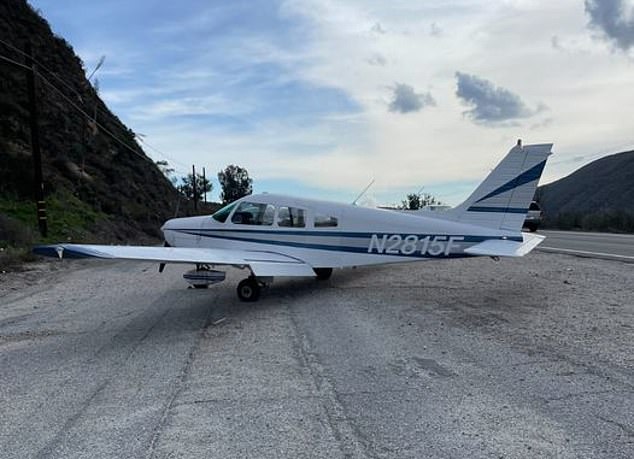 After landing, Peters was unable to use his radio so had to phone his mother to let her know what had happened. His Piper is pictured on the side of the road

Peters, who is a student at Victor Valley Community college and waiting to begin his Mormon mission, mentioned that his faith helped him manage the stressful situation.

Unable to use his radio down in the Cajon Pass he had to phone his mother to let her know what had happened. She arrived soon after with his father and the California Highway Patrol were also present to assist. 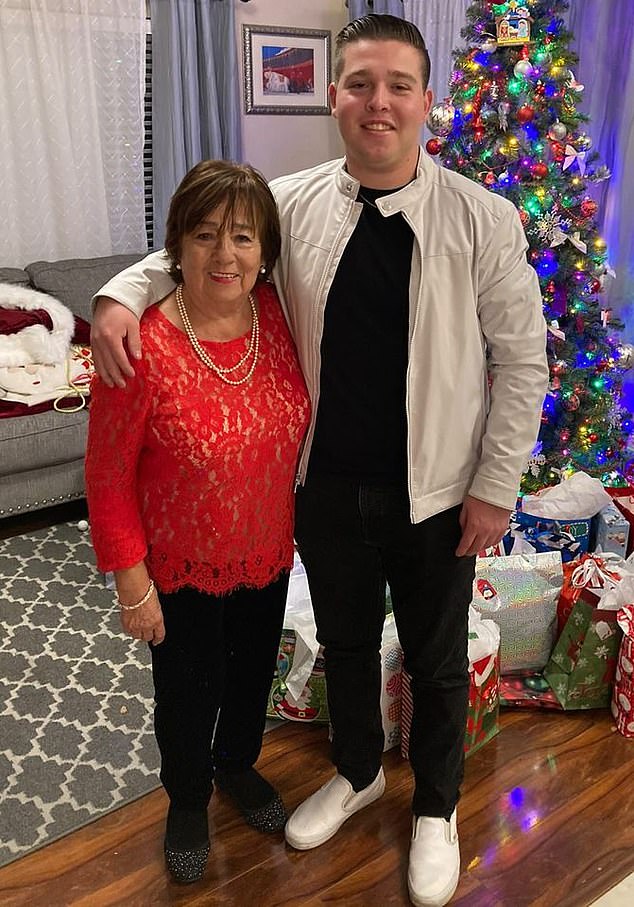 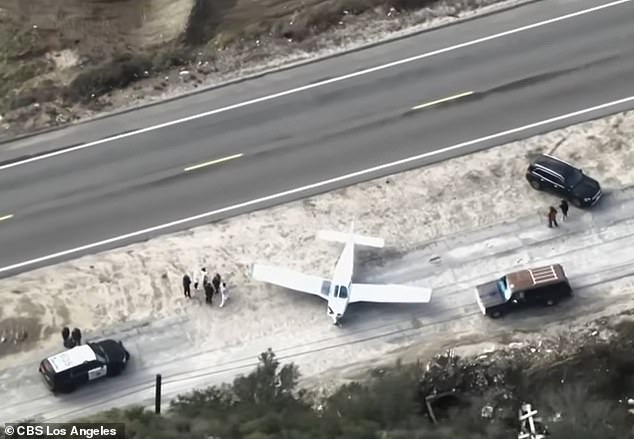 Peter’s flying instructor posted on Instagram congratulating his student for the heroic landing.

‘My student is one hell of a pilot!’ wrote David Andrews. ‘He handled that emergency landing with poise and got everyone home safe.’

‘PS next time you plans on landing on Route 66, don’t forget to invite me,’ he joked.

The FAA and National Transportation Safety Board have both said they will investigate the incident.