SOCIAL media giants have been slammed by an animal rescue charity for “glorifying” keeping baby monkeys as pets.

TikTok and Facebook have come under fire from Monkey World after they rescued a tiny infant marmoset, from Grays, Essex, this week. 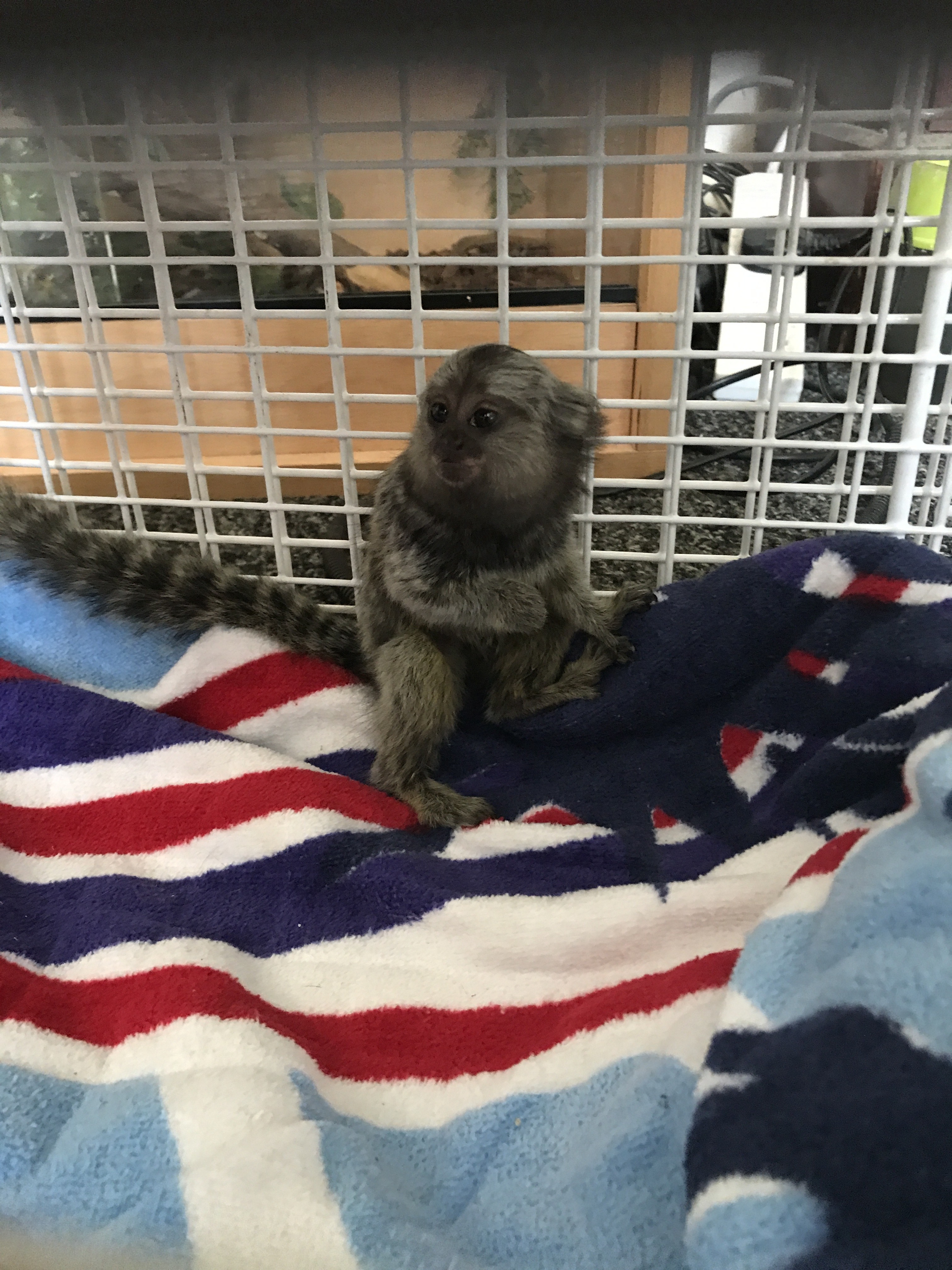 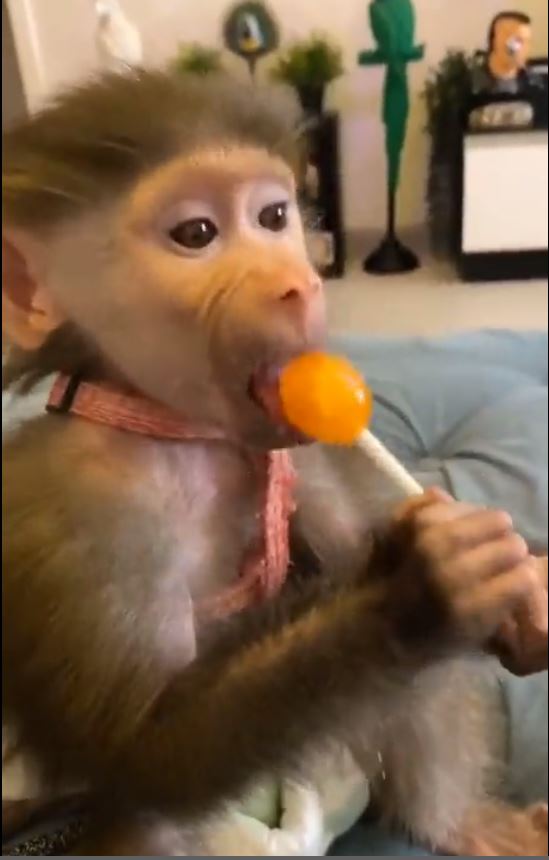 Videos on the popular video sharing site show the primates being forced to “perform” for their owners.

Footage on TikTok also shows a tiny baby monkey on the shoulder of his owner, in the UK, being fed and in a separate video being bathed.

Another video, outside of the UK, shows a monkey in a harness licking an orange lollipop – which got 12k likes.

A post of a capuchin monkey drinking from a tap and basin in a bathroom got a whopping 1.5m views.

Rescue charity Monkey World last week saved an orphan monkey, who was cruelly named TikTok, after his breeders attempted to sell him for £2,000 on Facebook.

The tiny infant marmoset only weighs 110g, and was found in a bird cage when the RSPCA confiscated him.

Little TikTok has now been rehomed with the Dorset based sanctuary, and was given an emotional reunion with a pair of adult marmosets.

Monkey World director Dr Alison Cronin has spent the last 27 years rescuing and rehabilitating primates from around the world.

The sanctuary was set up in 1987 by her zookeeper husband Jim Cronin, who died in 2007, to rescue chimpanzees who had been smuggled from the wild and abused in the illegal Spanish beach photography trade.

Speaking to The Sun, Dr Cronin said: “We have had seven infants in seven years, one a year. Adult monkeys are far more often, we have been rescuing them in spates during lockdown.

“I think a lot of people, social media influences, when they are confronted with the uncomfortable truth and get aggressive, saying that their marmoset knowns no better. I am saying they do.

“They have a bond from a young age, you cannot just have a group and keep adding to it. An infant needs parental figures and wants that, as could be seen with little TikTok.

“This infant monkey was sold on Facebook, and their name is just ironic and speaks volumes. I think that these platforms are dangerous, cruel, and they need to be more responsible.

They are not accessories, not tools to boost likes and shares

“I think that TikTok has a lot to answer for, if you can view the abuse or the cruelty going on then it shouldn’t be allowed to continue.

“These people, social media influencers, are simply completely ignorant of the needs and special care that the animals need.

"Washing them so they don’t stink up your clothes or home is a complete disregard of what they need. Shame on them.

“They are not accessories, not tools to boost likes and shares. They are not there to be dressed up and paraded around.

"They are wild animals who have intense close knit family relationships who suffer tragic emotional and physical stress.

At present, 88 species of monkey can be kept legally in the UK without a Dangerous Wild Animal licence or any type of register.

The government is planning to introduce the Kept Animals Bill in Parliament later this year, which will ban the sale and trade of primates in the UK and should come into force early 2022.

A spokeswoman for Monkey World said: “Monkey World is demanding that TikTok and other social media sites recognise the damage they are causing through glorifying primates as pets.

“TikTok need to send a new message to their young and impressionable followers – primates are not pets.”

RSPCA Inspector Jack Taylor, who saved TikTok, added: “Tiktok's case perfectly highlights why primates should not be available to the public and why they do not belong in people's homes.

“Inspectors like me are still seeing shocking situations where monkeys are cooped up in bird cages, fed fast food, sugary drinks or even Class A drugs, deprived of companions of their own kind, living in dirt and squalor and suffering from disease.”

A spokesman for TikTok said: "Content that depicts or promotes the poaching or illegal trade of wildlife is not allowed on TikTok.

"To play our part in helping to protect our planet's most endangered animals, we remove content that violates our policies and we work alongside industry experts and organisations, such as the Coalition to End Wildlife Trafficking Online, to help guide and inform our approach."

A spokesman for Facebook added: “We do not allow the sale of animals on Facebook, including in private groups or on Marketplace.

"We use both human review and technology to remove this content and would encourage anyone who sees these posts to report them so we can take them down.’’ 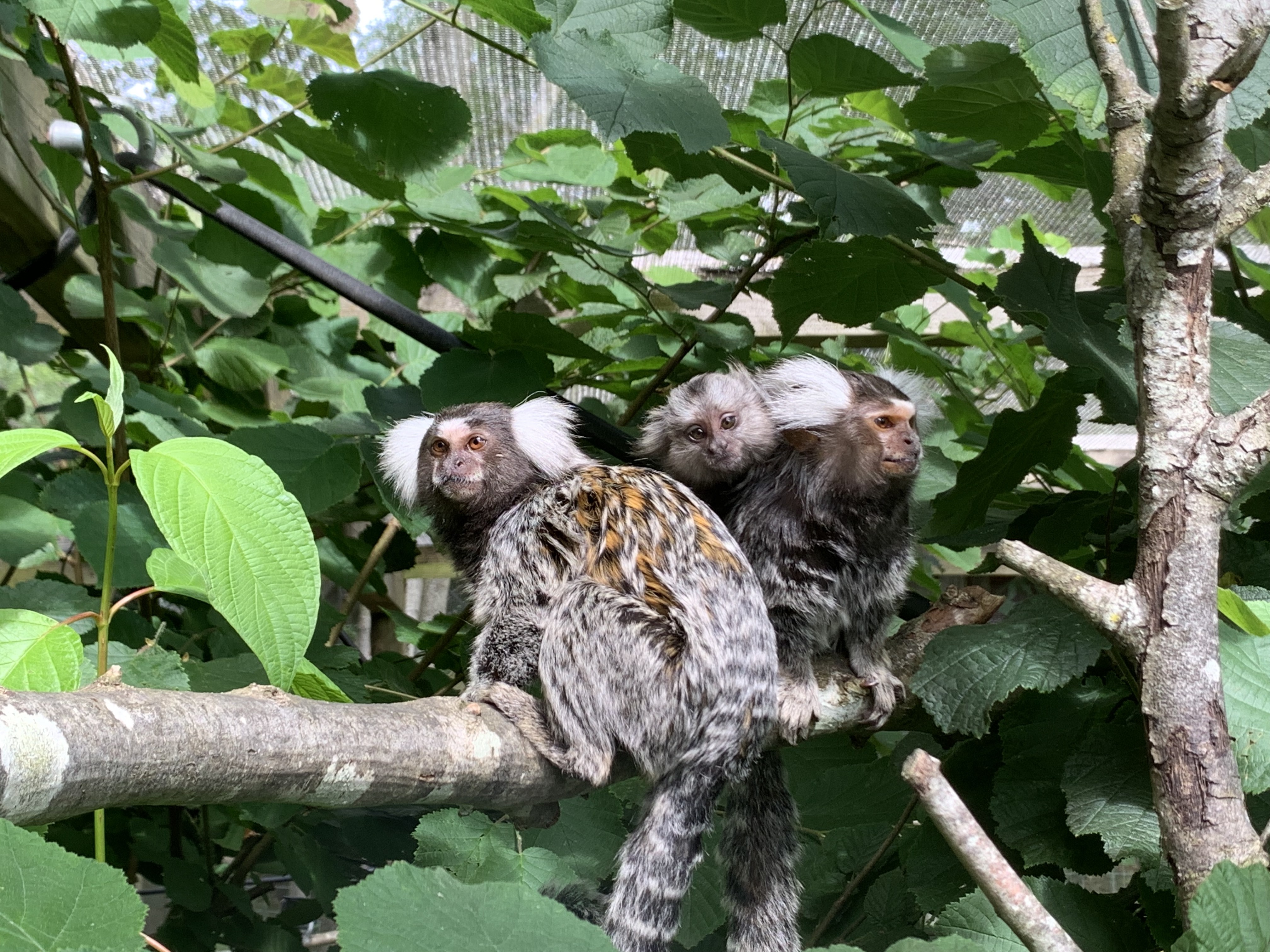 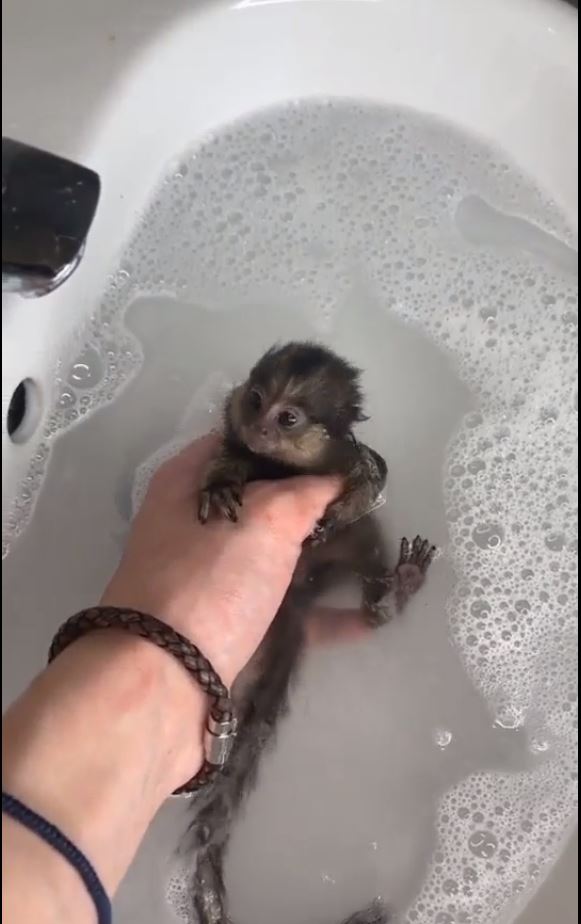 Anima, by, rescue, slammed, TikTok
You may also like:

Beleaguered Duke puts the right foot forward (for once)