Follow
Home » World News » Tornadoes touch down near Kansas City and St Joseph, Missouri, as storms travel across midwestern US

TORNADOES touched down near Kansas City and St Joseph, Missouri, on Sunday as a line of storms continue to travel across the midwestern United States.

Funnel clouds appeared in various parts of Kansas and Missouri on Sunday afternoon — and some were captured on video along with accompanied strong winds and dark clouds. 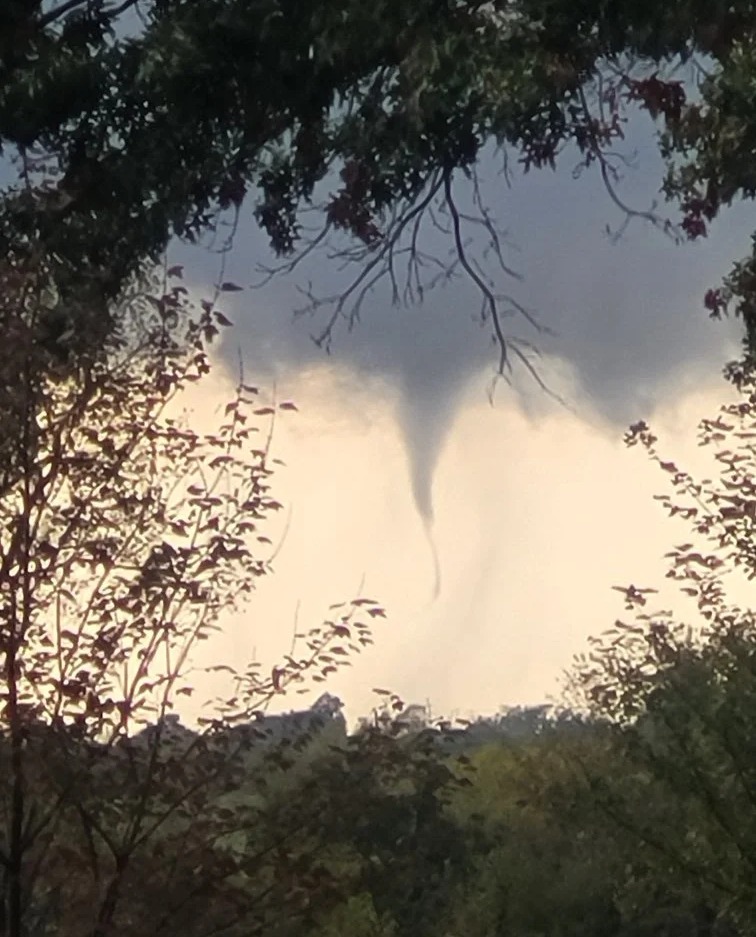 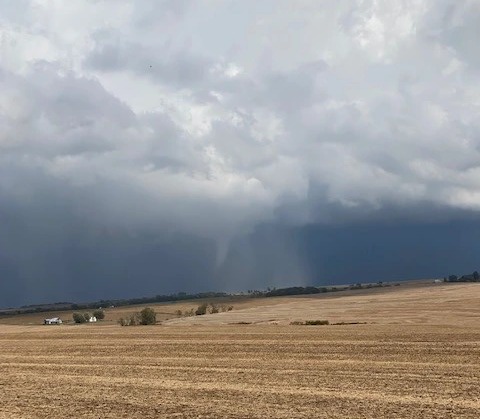 One tornado was spotted just west of Bendena, Kansas, from Highway 20.

Another — spotted just north of Polo, Missouri, at 3.48pm — was captured on footage and shared to Twitter by Jessica Lynn Farmer.

The 20-second video shows a tornado in the distance above what appears to be a crop.

Dark clouds are seen covering the upper part of the sky in the video.

According to The Kansas City Star, as of 3.30pm, tornado warnings had been issued for 15 different areas.

NWS Storm Prediction Center tweeted: "A tornado watch is in effect for much of Missouri and far western Illinois through 10pm CDT.

"Stay tuned to the local NWS offices in @NWSKansasCity, @NWSStLouis & @NWSSpringfield for the latest information including any potential warnings."

A tornado watch was also issued for parts of Illinois and Missouri until 1am CDT, NWS Tornado reported.

Alongside one photo, he tweeted: "Beautiful tornado passed road in front of us west of Mirabile MO. #mowx 3 tornadoes do far."

At one point during the day, NWS Kansas City urged people near Cliffton City, Bruceton, and Otterville, all in Missouri, to take shelter.

Another storm watcher captured an apparent tornado in Troy, Kansas.

Cierra Thompson told The Star about the funnel cloud she took a video of.

“It was truly interesting to see in the middle of October,” she said as she recounted the spinning clouds she witness from State Highway DD in Andrew County, Missouri.

Another video showed a "multi-vortex tornado" near Mirabile, Missouri, according to Twitter user Chris FL Tornado.

"This storm tracked for almost two hours a dropped funnels several times that caused structural damage in at least 3 counties," he said.

It was also reported by some Twitter users that buildings were destroyed near Purdin, Missouri. 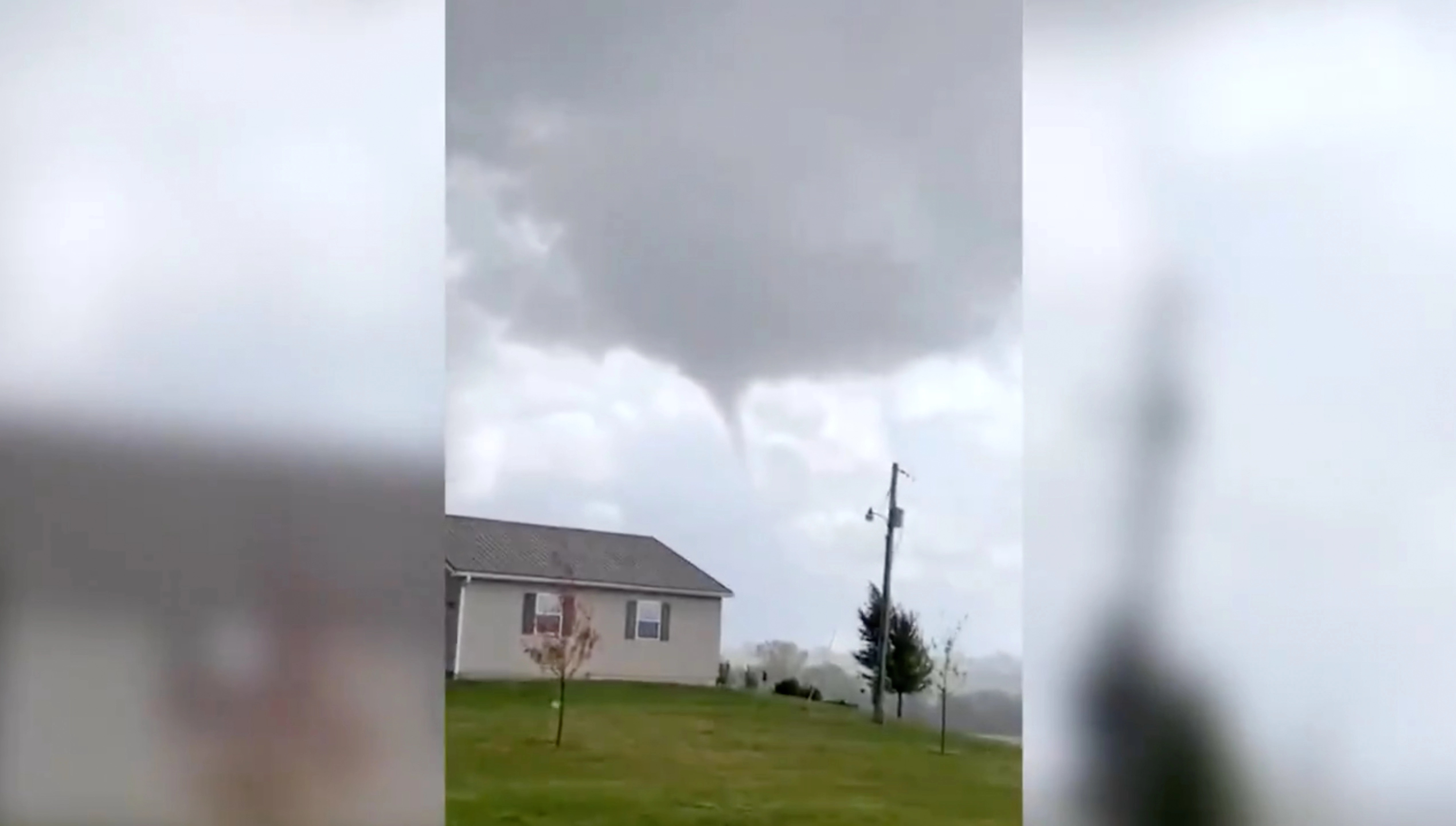 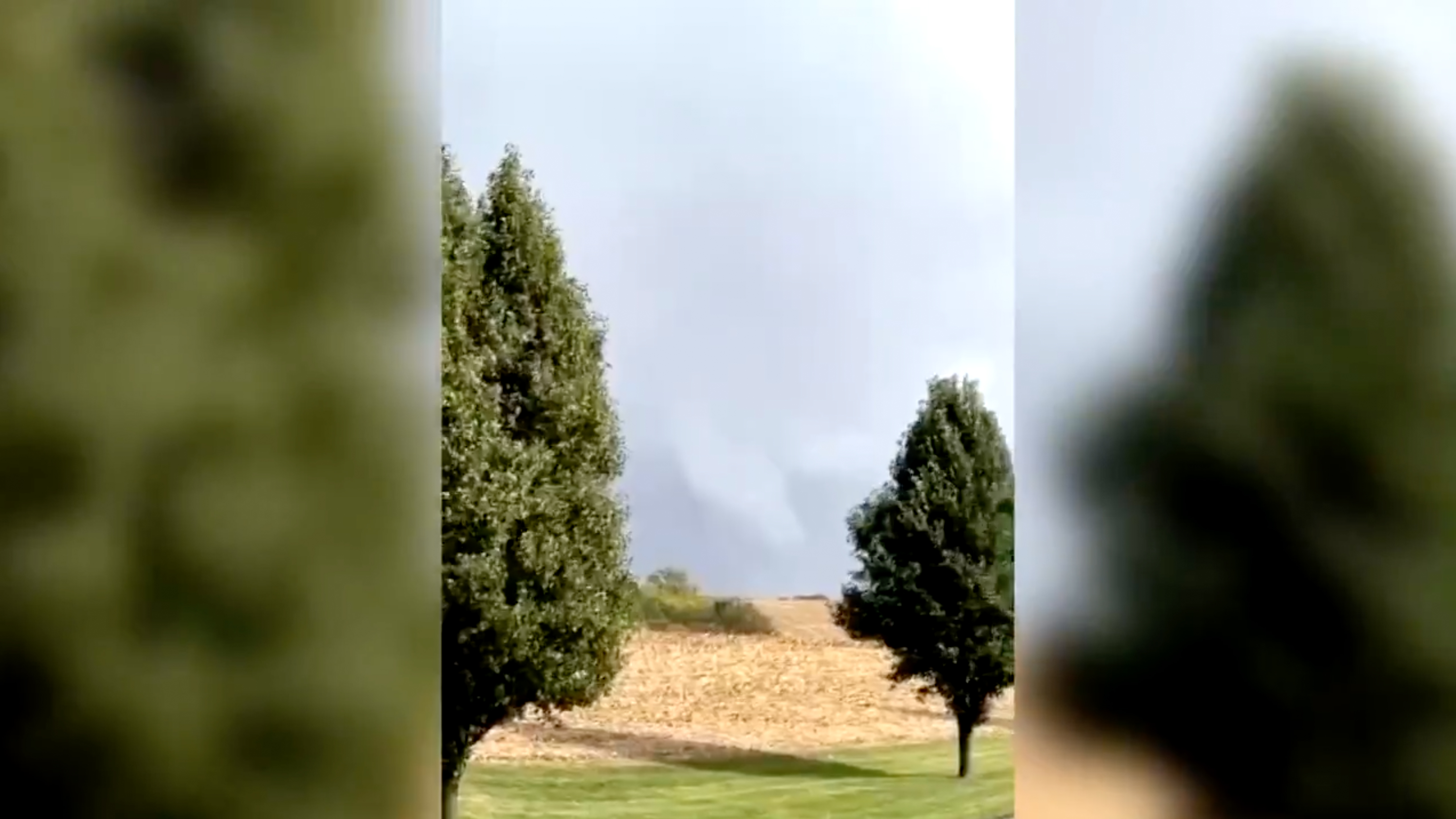 down, Kans, near, Tornadoes, Touch
You may also like: