A Ukrainian Embassy worker in Madrid has been injured in a letter bomb blast.

The alarm was sounded at around 1pm local time and the explosion is said to have occurred when the embassy worker tried to open a letter.

The unnamed employee at the building in Madrid’s Hortaleza district went to the Spanish capital’s Nuestra Señora de America Hospital with light injuries following the incident.

Spanish police have activated their anti-terror protocol and cordoned off the area around the embassy which is located on 52 Ronda Abubilla. Experts from police bomb disposal Tedax are also at the scene with sniffer dogs and are currently carrying out an inspection to make the area safe. 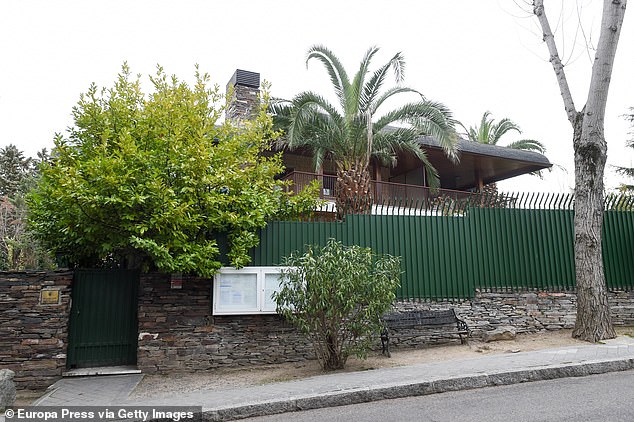 A Ukrainian Embassy worker in Madrid has been injured in a letter bomb blast. Pictured: The Ukraine Embassy in the Hortaleza district

Forensic experts are expected to move in afterwards.

It is not yet clear whether the incident is linked to the ongoing Russia-Ukraine war.

A Spanish National Police source said: ‘The embassy worker has suffered light injuries and went to hospital himself. An investigation is underway.’

There has not yet been any official reaction from the Ukrainian Embassy in Madrid.

Local reports say the letter with the explosive device inside had not been examined by a private security firm in charge of security at the embassy.

A judge at Spain’s Audiencia Nacional court, which deals with terrorist investigations, will oversee the probe launched as a result of this lunchtime’s explosion.

This is a breaking news story. More to follow