A video shows Saudi Arabian security forces beating young women and dragging them by their hair in an attack on an orphanage.

The shocking footage shows the group of men lashing the women with belts and sticks and it is alleged Tasers had also been used to stun them.

Video clips shared widely on social media showed uniformed police and plainclothes officials conducting what appeared to be a raid of the orphanage in the city of Khamis Mushait.

A local report said women at the orphanage had protested over living conditions and had been on hunger strike. 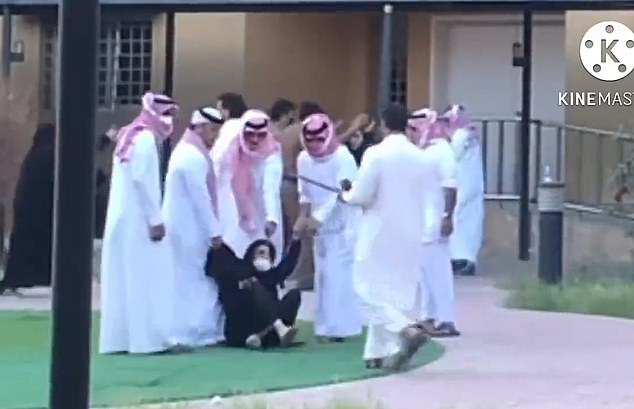 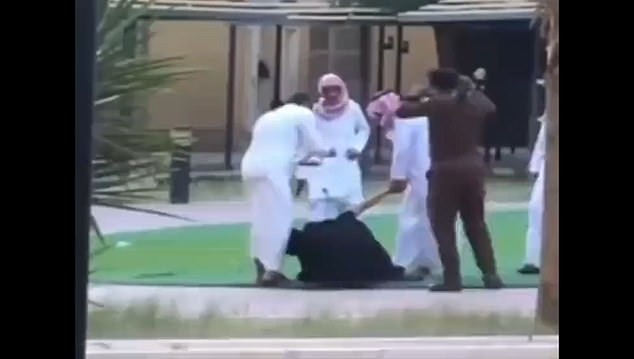 The beginning of the clip shows women running away from the men and screaming before one is caught and thrown to the ground.

The women are seen trying to break free from the security forces but get pulled back.

Then officers drag one girl on the ground before handcuffing her and beating her with a belt.

A woman has handcuffs placed on her feet before being hit with a stick by officers while another has her arm twisted round then hit with a belt.

The clips were posted on Twitter on Tuesday night and had been viewed nearly a million times by Wednesday afternoon. 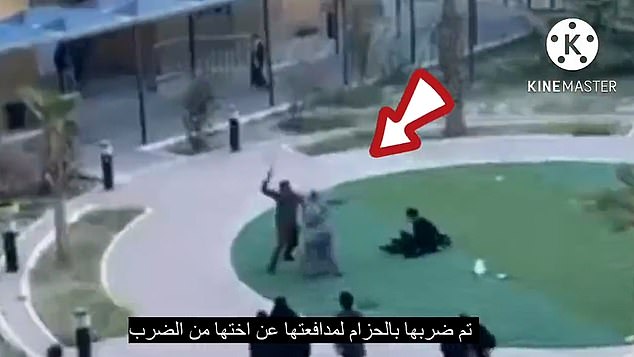 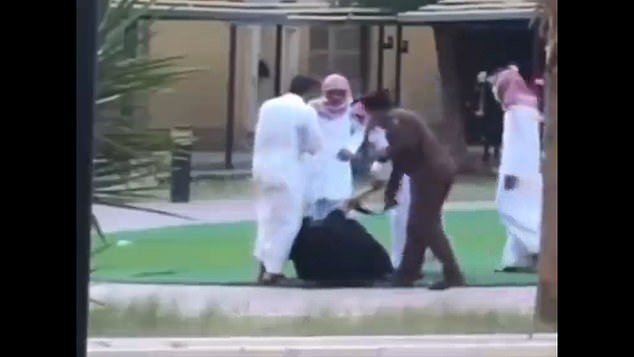 Saudi activists living in exile said the clip highlighted the brutality women face at the hands of security forces in the country.

The government of the southern province of Asir said in a statement early Wednesday it would form a committee ‘to investigate the incident’, without offering details.

The original post was from a Twitter user who claimed to be living at the orphanage, but this could not be confirmed and messages sent to the account on Wednesday went unanswered.

Orphanages in Saudi Arabia are overseen by the Ministry of Human Resources and Social Development.

Saudi officials did not immediately respond to a request for additional information about the incident.

The videos could not be independently verified. 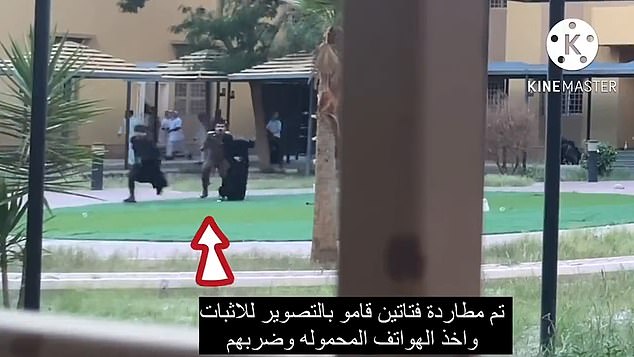 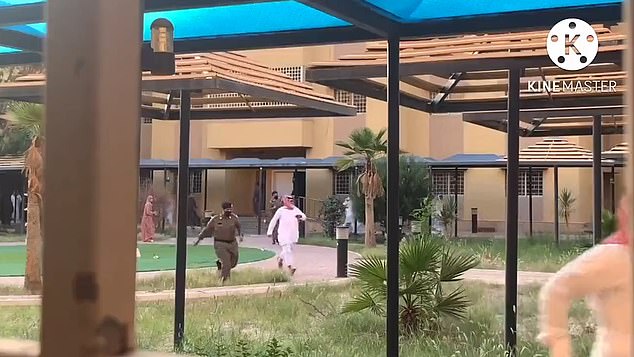 Such reforms, however, have been accompanied by a crackdown on women’s rights activists, part of a broader campaign against dissent.

The National Assembly Party, a Saudi opposition party composed of dissidents exiled in Britain, the US and elsewhere, on Wednesday joined the online outcry over the clips, saying on Twitter it ‘condemns the vicious attacks’ and calling for an investigation.

The party said it ‘demands the protection of girls in shelters and orphanages in order let them exercise their basic rights’.