THIS is the bizarre moment a 140lb wild boar emerged from the Med in front of stunned tourists and raced up a Costa del Sol beach.

The powerful animal, believed to be around three years old, made an uncontrollable dash along the sand late yesterday morning at family-friendly Benajarafe Beach near Malaga. 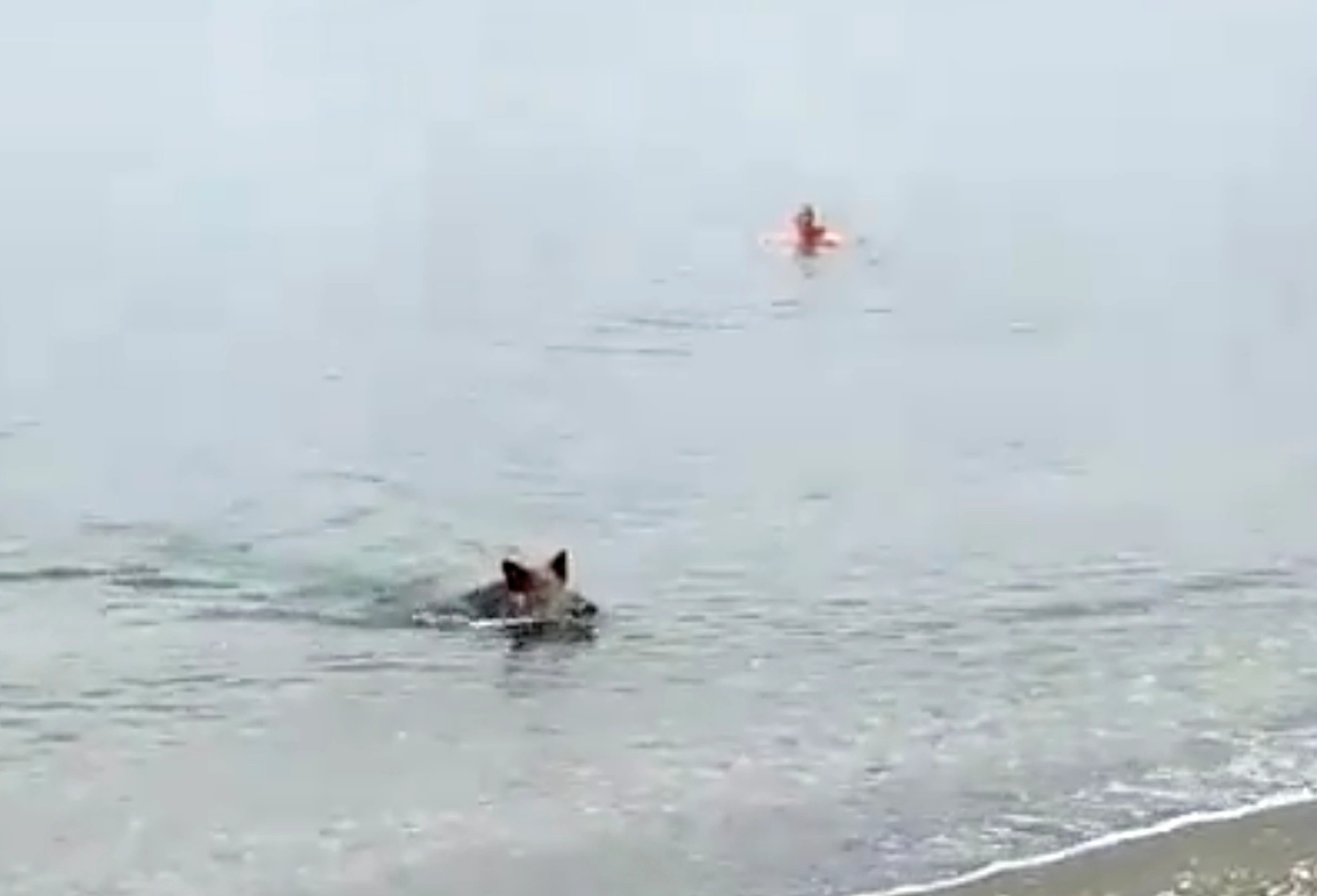 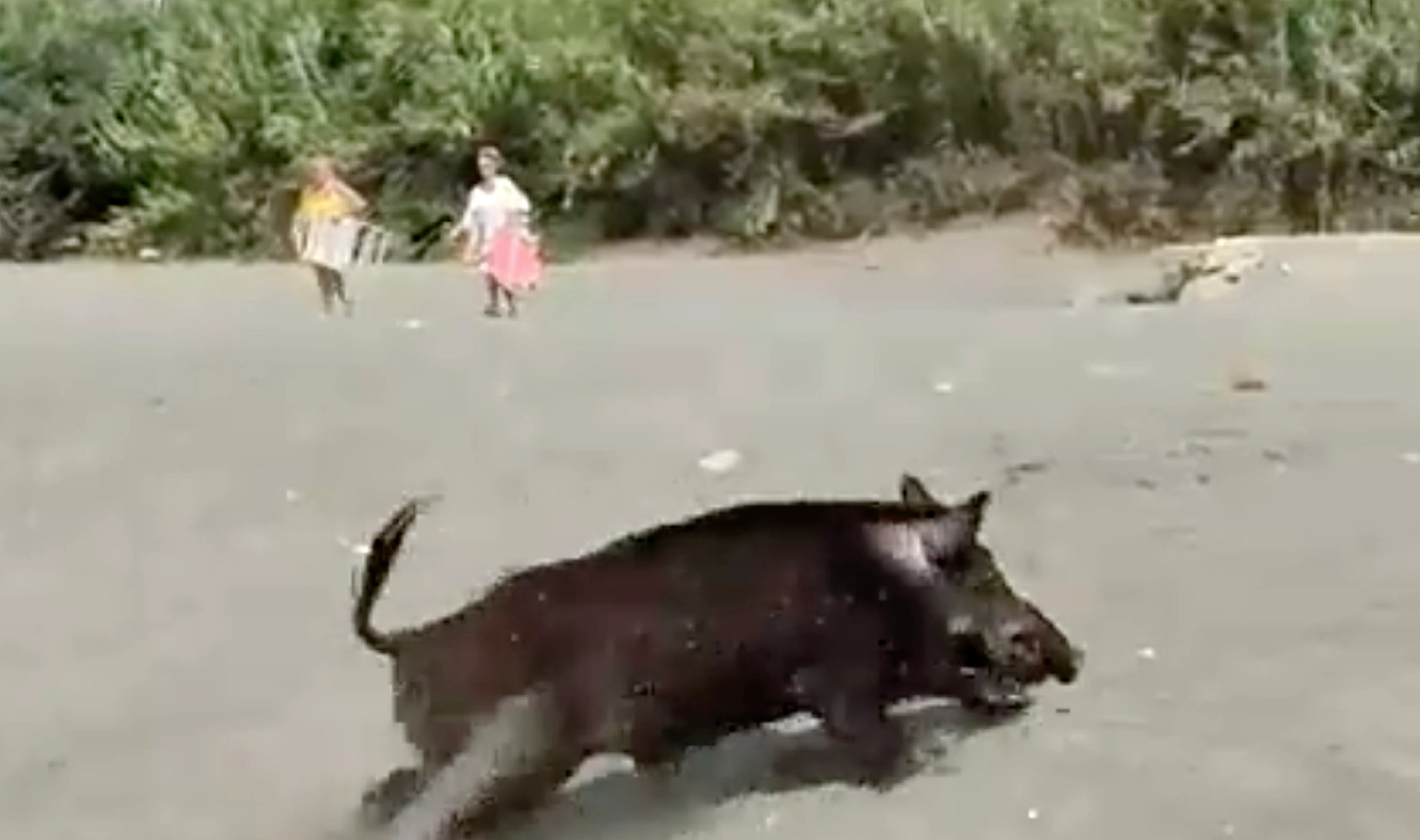 Frightened tourists and locals were heard screaming as the 10-stone beast swam towards the shoreline, with one overheard yelling in Spanish: "Watch out, it’s coming out of the water".

It narrowly missed an elderly couple in their swimwear and a topless young woman in a bikini bottom as it rampaged up the beach before disappearing into reeds behind the sand.

Animal experts and police hunting for the runaway wild boar – dubbed locally as the "wild boar shark" – are warning people who encounter the uncontrollable animal to "stay still and not harass it" for their own safety.

Jose Antonio Villodres, who runs a company leading the hunt, told a local paper he hasn't tracked it down but has "identified the path it’s taking". 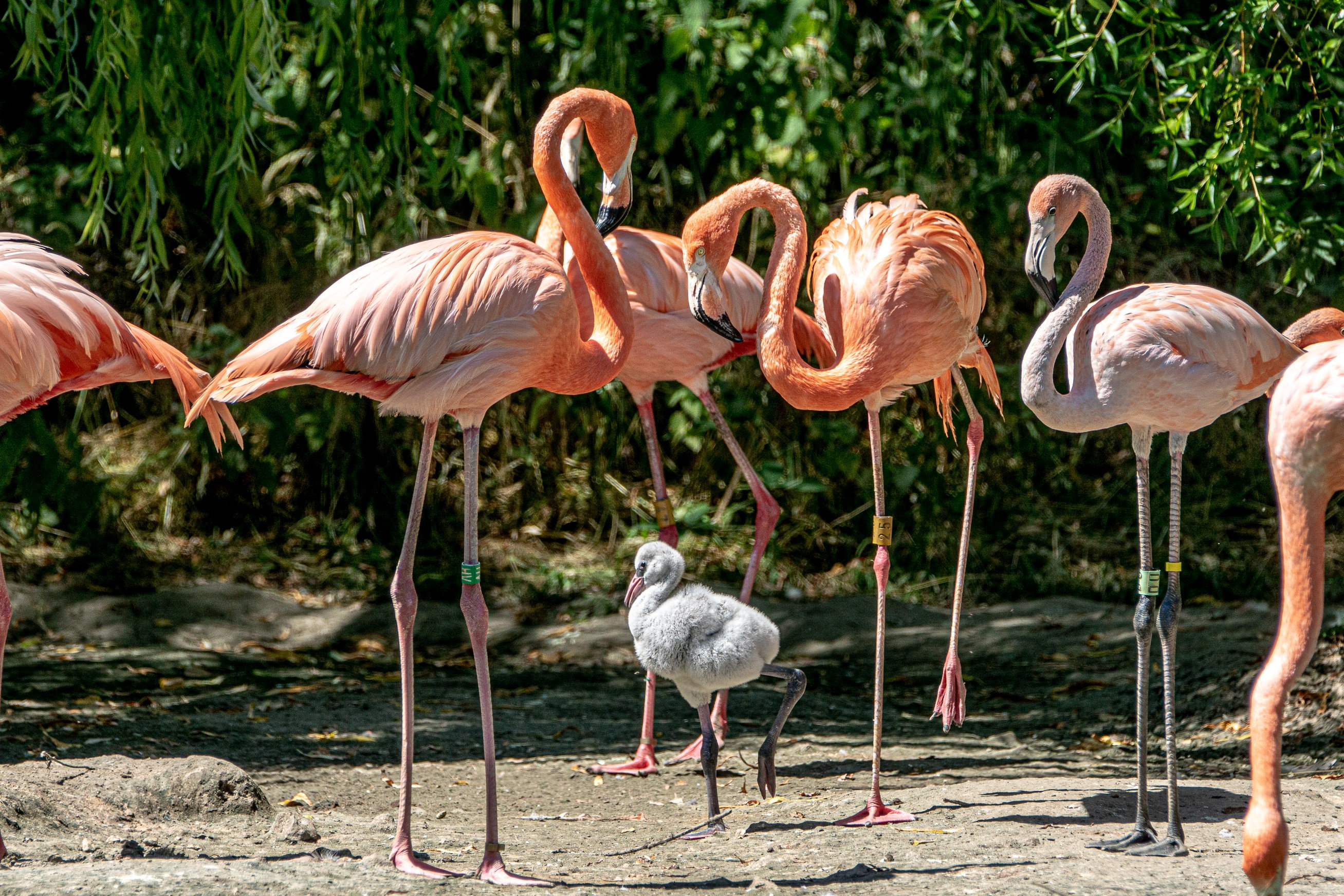 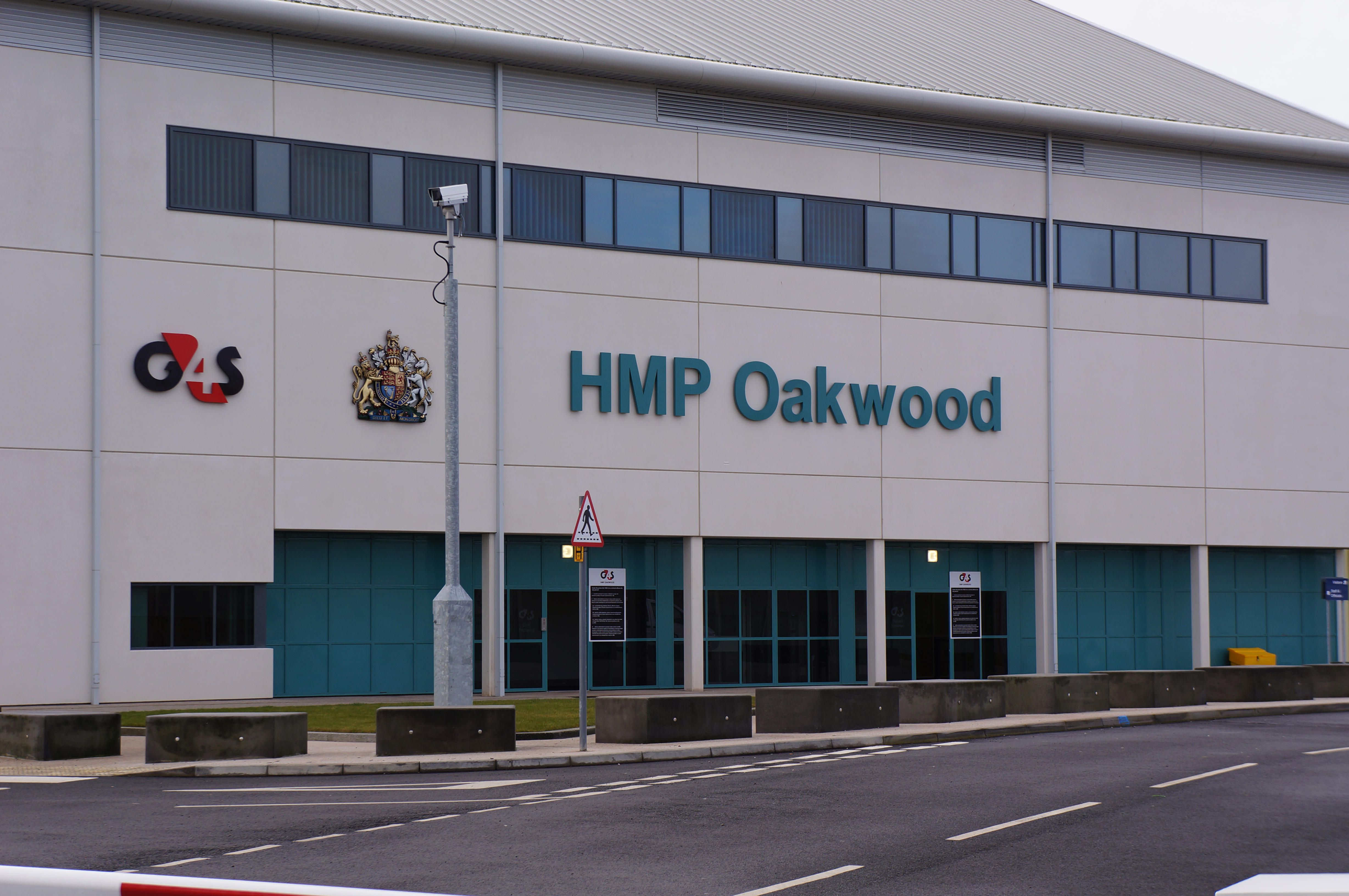 Warning sunbathers not to approach it if it returned to the beach, he added: "It has very sharp fangs and although it doesn’t attack it could do you a lot of damage just by grazing you.

"People who encounter it should stay still and not worry it."

He said the beach-prone beast could return to the area in the next 48 hours to seek respite from gruelling drought and heat affecting its natural habitat in southern Spain.

Hunters will use tranquilizer darts to subdue the animal if it is spotted again and transfer it safely inland to the mountains and away from the hordes of holidaymakers along the coastline.

Fortunately no-one was injured in the latest drama, which wasn't the case two months earlier when a 67-year-old female sunbather was bitten by one on a beach on the Costa Blanca.

That incident happened at El Albir beach just north of Benidorm on June 2 after the disorientated animal rushed out of the sea as lifeguards sounded the alarm and attacked the OAP.

Medics claimed the woman’s injuries may have been caused when the wild boar charged her and collided with her around where its teeth are.

That animal had been spotted in the water by boat crews who alerted lifeguards on the beach as it began to head for dry land after they made an unsuccessful attempt to catch it.

It's believed to have come from the nearby Serra Gelada Natural Park which consists of over 5,000 acres of protected coastline in the municipalities of Benidorm, Alfaz del Pi and Altea.

It is not known how it ended up in the sea.

On August 1 a wild boar bit a 10-year-old girl while she played on the beach with friends on Playa Grande in Girona.

It sank one of its fangs into the youngster’s leg, causing an injury which ended up with her being taken to hospital and having stitches.

Colombian pop star Shakira revealed in September last year she was “attacked” by two wild boars who tried to “rob” her while she was in a park in Barcelona with her son Milan, now nine.

The pop singer showed off a bag she claimed was destroyed by the animals in a home-made video she posted on Instagram.

The 45-year-old mum-of-two, who split earlier this year from her footballer partner Gerard Pique, showed off her handbag as she said of the bizarre incident in an Instagram story: "Look at how two wild boar which attacked me in the park have left my bag.

"They were taking my bag to the woods with my mobile phone in it. They’ve destroyed everything."

She then added as her son walked off in the background: "Milan tell the truth. Say how your mummy stood up to the wild boar."

The singer did not detail when the incident took place or which park it occurred in.

Neither Shakira or her son appeared to have been injured.

Wild boars have increasingly come into towns and cities to forage for food, with the numbers growing during the coronavirus pandemic. 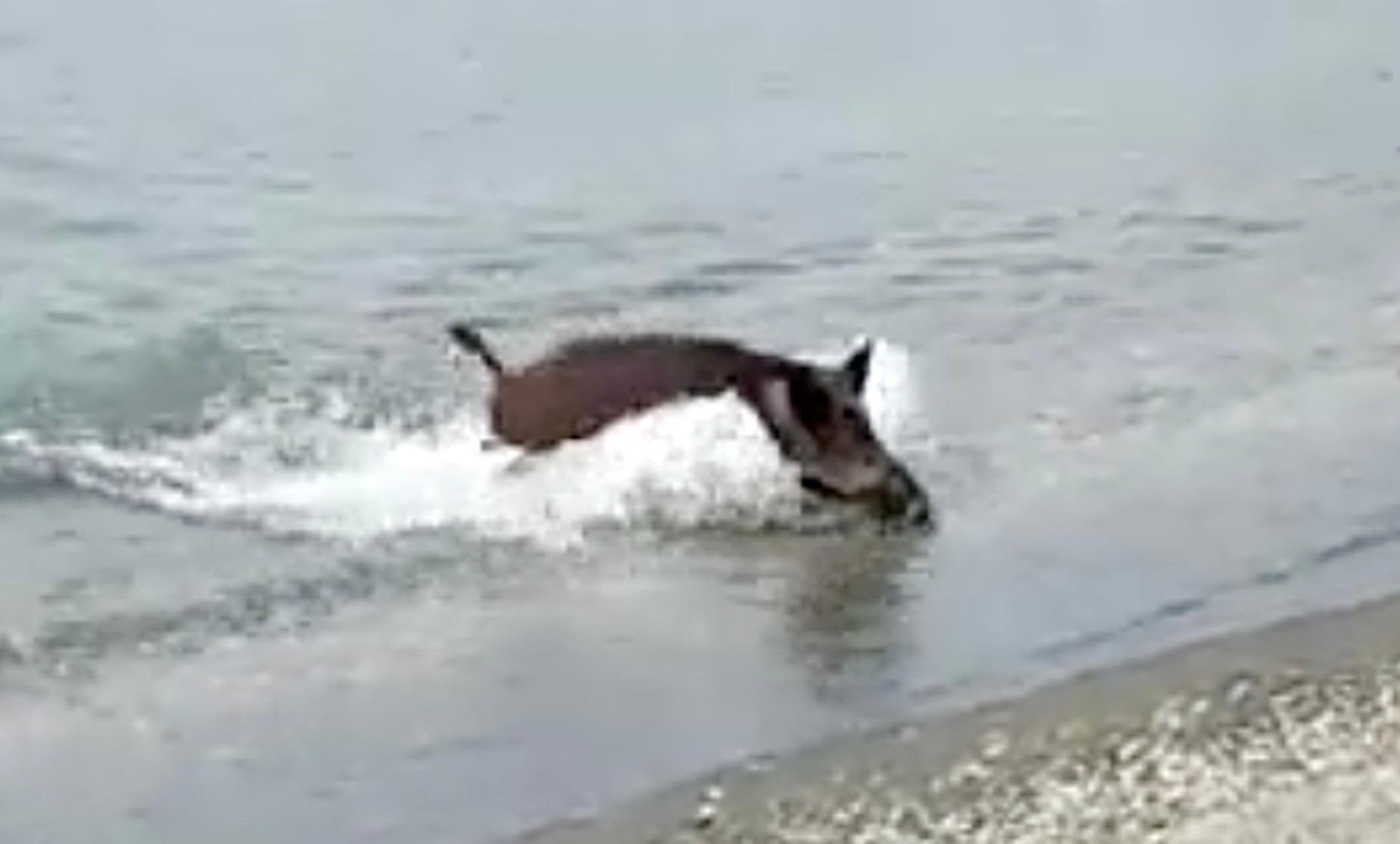 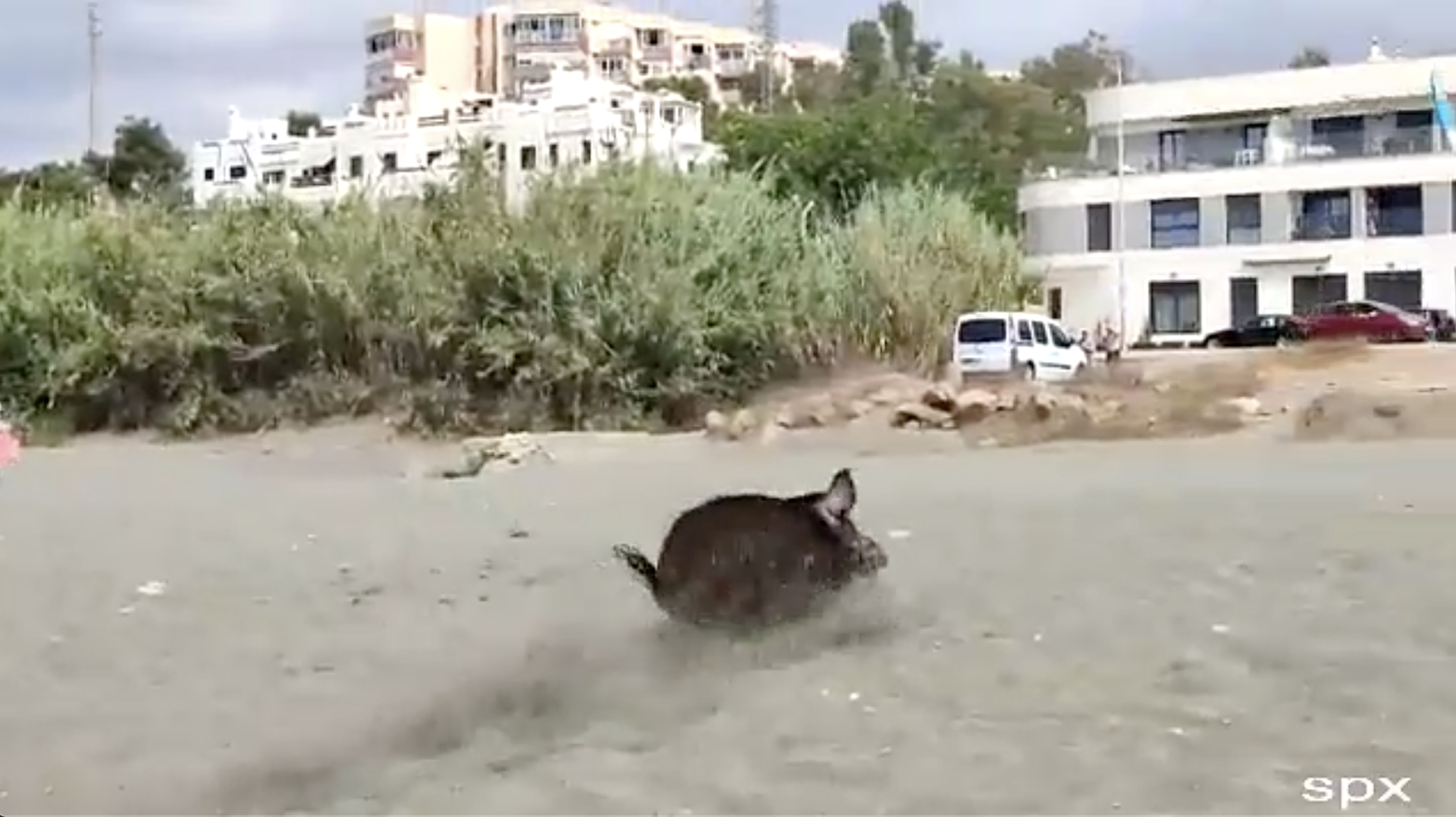