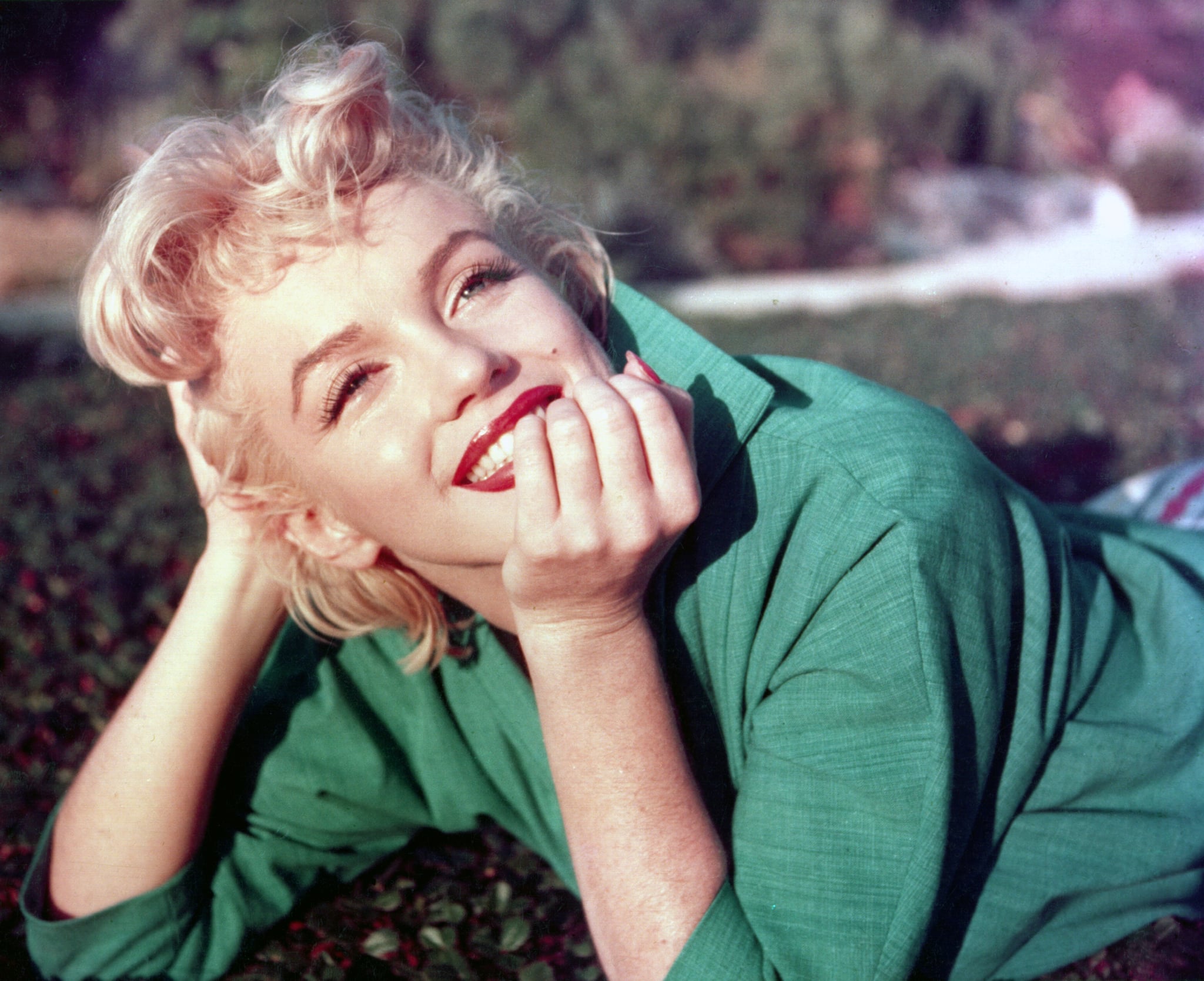 With Netflix’s “Blonde” starring Ana de Armas finally available to stream, people are asking themselves: what was Marilyn Monroe’s natural hair color? For context, “Blonde” is a fictionalized historical drama about the star’s life and depicts her rise from Norma Jeane Baker to the actor, singer, and model the world knew her to be.

The movie shows us a young Monroe before she legally adopted her stage name in 1956, and in those scenes, we see her with her natural hair color. Given Monroe’s title of “blonde bombshell,” maybe people are surprised to learn that the star’s real hair color is more of a light brown. Monroe’s natural hair color is visible in some of her earlier modeling shots from the 1940s. She became a platinum blond around 1948 when she signed with Columbia Pictures (now 20th Century Fox), and the rest is history.

Monroe kept that peroxide-blond hue for the rest of her life, and most of her movie roles revolved around the hair color — 1953’s “Gentlemen Prefer Blondes” is exemplary of this. Monroe’s blond hair became a key element of her signature look.

Take a look at Monroe’s natural hair color ahead.

Marylin Monroe, or Norma Jean Baker, With Brown Hair in 1947 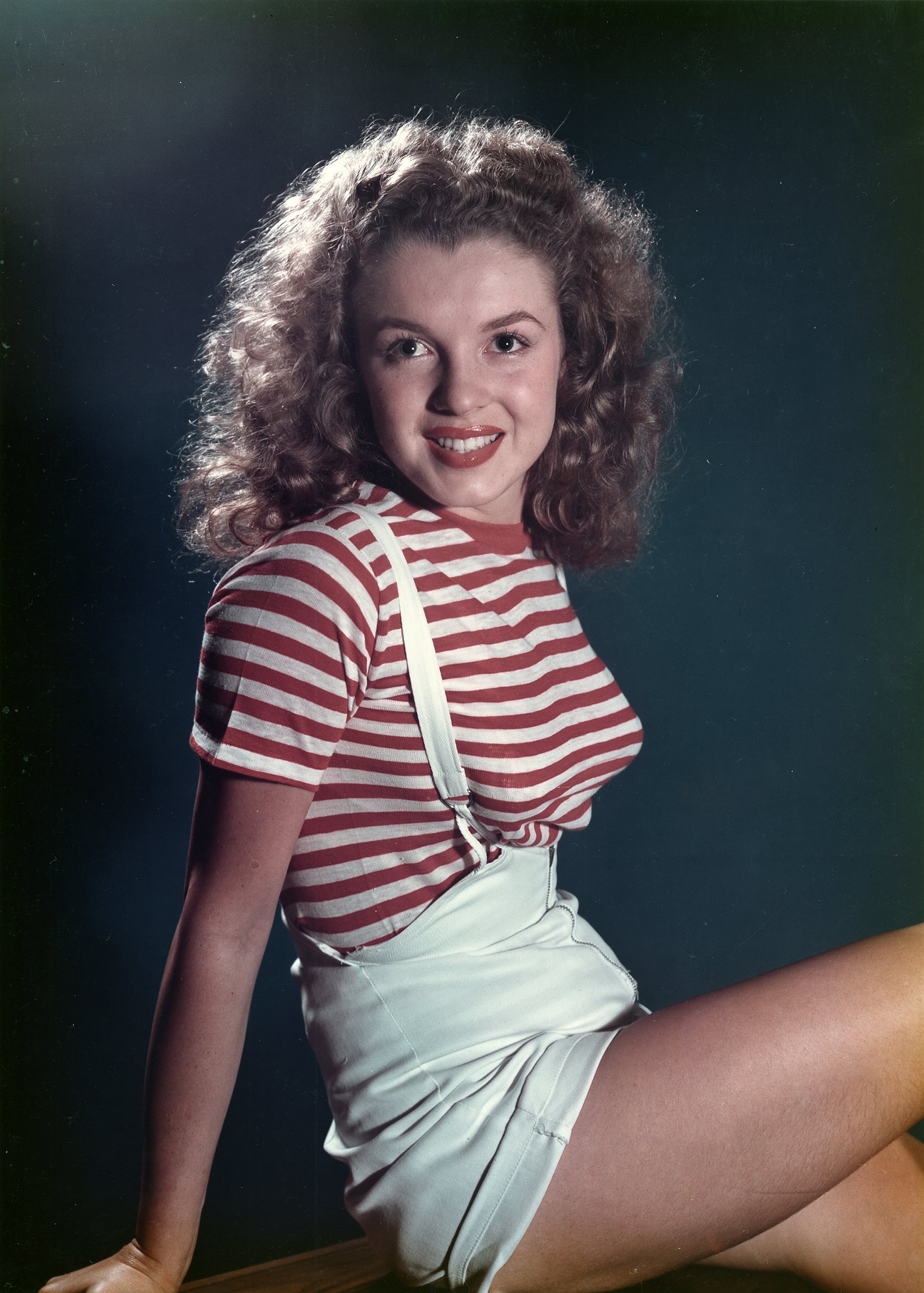 Marylin Monroe, or Norma Jean Baker, With Brown Hair in 1946 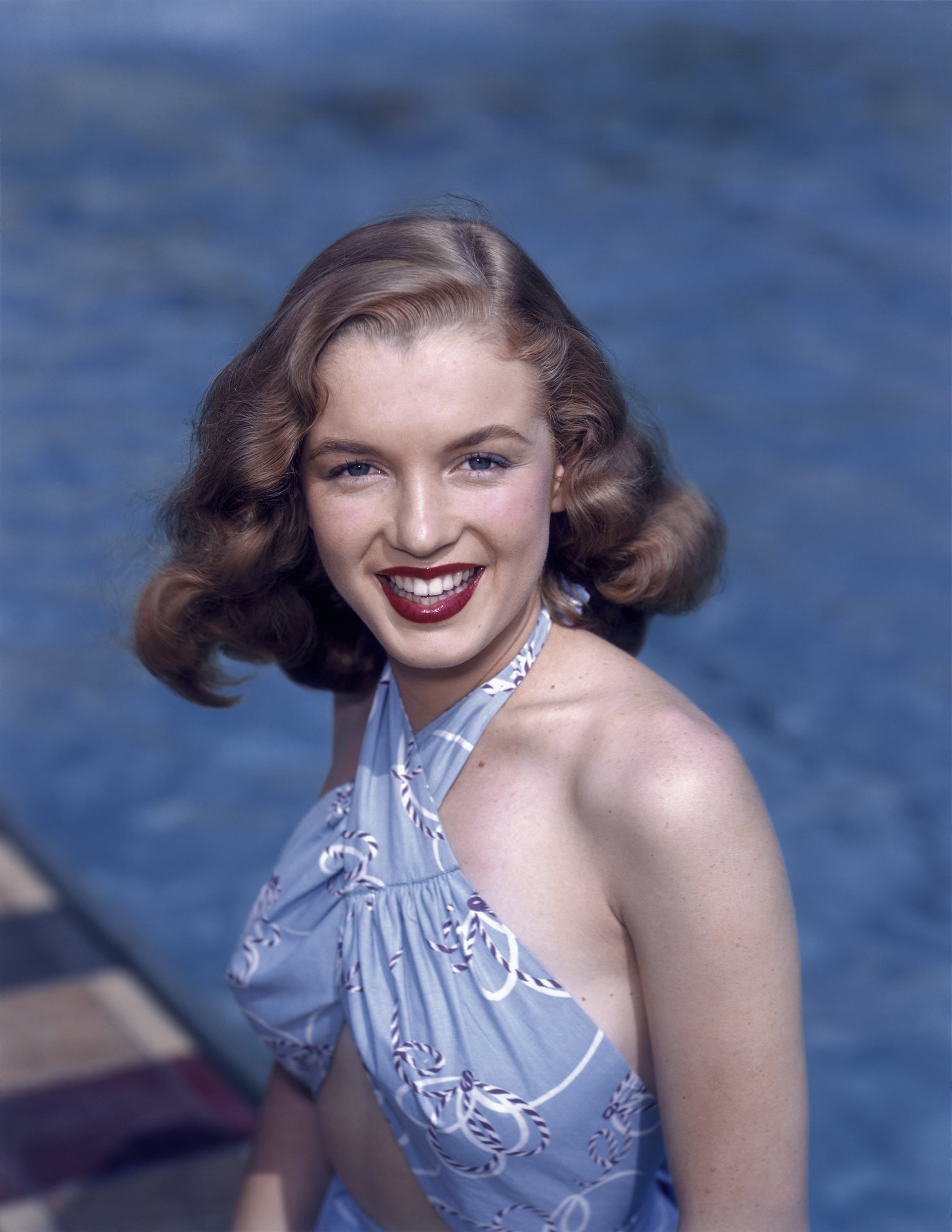