21 times royal children were spotted being naughty in public

Whether or not they are born into royalty, young children will always be prone to tantrums, cheekiness and moments of naughtiness. These little Princes and Princesses are certainly no exception!

From sticking their tongues out during royal engagements, bursting into tears at a formal event, or just playing up to the annoyance of their disapproving mum and dad, click through to see the naughtiest moments from these royal rascals… 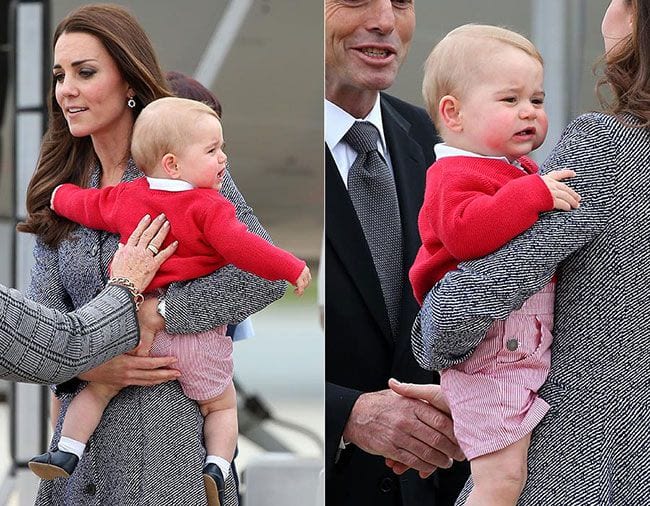 Prince William and Kate’s firstborn has grown up to be more shy in front of the cameras compared to his little sister Princess Charlotte, who loves to wave to crowds. But when he was a tiny tot, Prince George had no qualms in showing his feelings.

During the royal tour of Australia in 2014, an eight-month-old George was pictured bawling his eyes out as the family departed Canberra airport. While the then-Prime Minister Tony Abbott shook hands with Kate, the Duchess tried to soothe her crying baby. Poor grumpy George!

WATCH: The best of Prince Louis

Prince Louis stole the show when he joined his parents in the royal box at the Jubilee pageant during the Queen’s Platinum Jubilee in June 2022. While Louis’ older siblings, Prince George and Princess Charlotte were on their best behaviour, the event was all too exciting for little Louis. He was photographed making a series of unforgettable cheeky faces – including sticking his tongue out at mum, the Duchess of Cambridge, and pretending to be a lion.

Princess Charlotte was captured poking her tongue out at someone in the crowd when Prince William and Kate took part in the King’s Cup regatta on the Isle of Wight in 2019. It turned out to be her grandfather Michael Middleton and even the Duchess joined in by pulling a funny face at her dad! 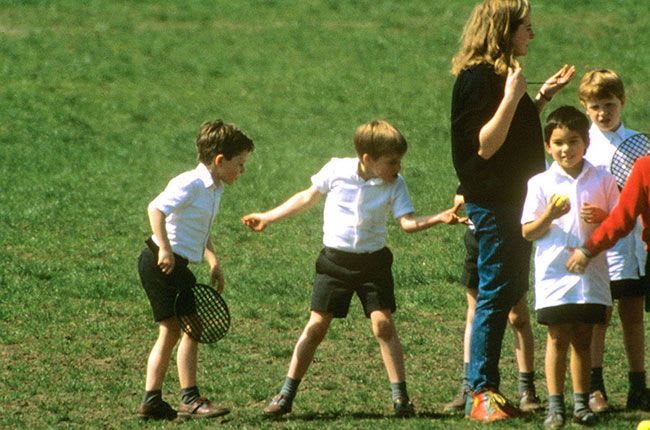 Cheeky Prince William gave his teacher a quick pinch while playing around with one of his friends at school. The royal was taking part in a tennis lesson when he decided to play a bit of a prank on his unsuspecting teacher, much to the amusement of his little mate!

MORE: This is what it’s really like inside Prince William and Kate Middleton’s London home 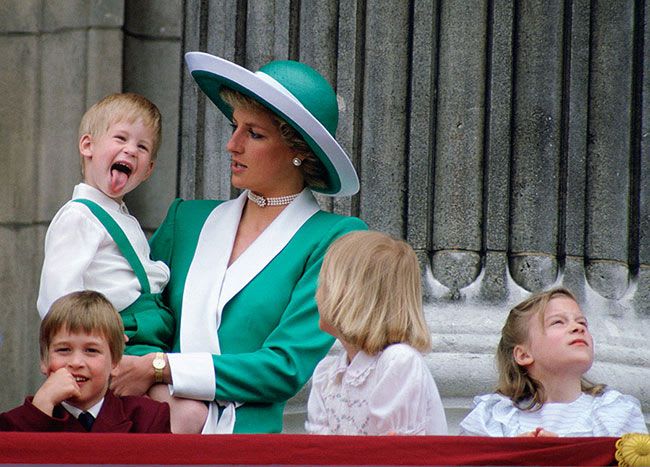 Princess Diana looked on at little Prince Harry, who she was carrying, as he cheekily stuck his tongue out at the crowds during an appearance on the royal balcony at Buckingham Palace. Oblivious to his little brother’s antics, William was stood with a big grin on his face.

While holding Princess Charlotte‘s hand, Kate appeared to give her son, Prince George, a few cross words while he served as a pageboy at his Auntie Pippa’s wedding. Although we’re not sure why, the youngster had been playing behind Pippa’s wedding dress, and shook out his flower basket before Kate gave him a quick talking to. The youngster briefly shed some tears after he was scolded but quickly perked up. Kids hey! 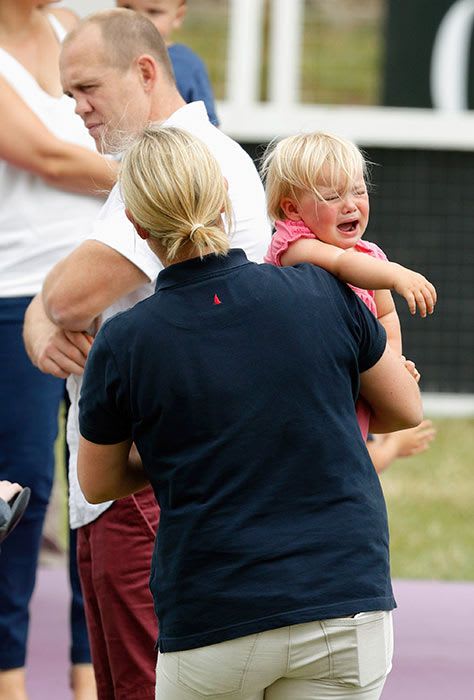 Not even royal youngsters can be expected to be happy all of the time! For whatever reason, Mia Tindall was snapped not looking exactly thrilled when her mum, Zara, carried her towards her dad, Mike. Reaching out for something, we’re guessing that the little royal just didn’t want to stop playing! 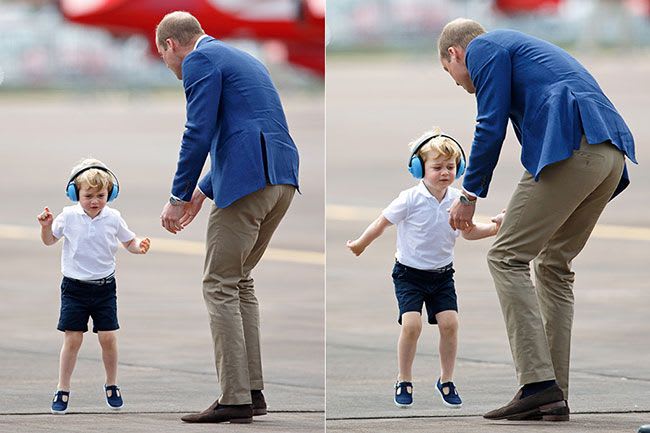 Prince George had enough at the Royal International Air Tattoo, and had to have a talking-to from his dad, Prince William, after he stomped around at the Royal Airforce Station while wearing large noise-cancelling headphones. We can only assume Kate told William it was his turn to give George a telling off!

Naughty Princess Beatrice just wanted to try on her mum’s hat during a balcony appearance! Sarah Ferguson hilariously leaned back as her young daughter tried to steal her style, while Princess Diana looked on, laughing at the sweet mother and daughter moment. Prince William also turned around to watch the action! 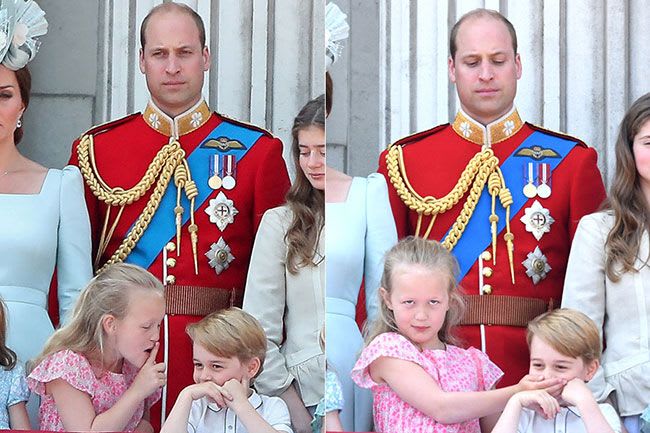 Savannah nearly broke the internet in June 2018 after she was pictured telling Prince George to be quiet during the Trooping the Colour ceremony. She wasn’t afraid to tell her little cousin what to do, and he didn’t seem to mind either!

At one point, she was pictured putting her hand over Prince George’s mouth to quiet him down… after her attempts at shushing him didn’t work the first time! (All while dad Prince William kept a close eye on them, of course!)

Prince George seemed a little overwhelmed with the groups of well-wishers at his sister Princess Charlotte’s christening, and broke down in tears as he walked with his parents and new baby sister. The Duke and Duchess quickly cheered up the little Prince, who looked happier after leaving the church, and even stood on his tiptoes to peek over into his sister’s pram – adorable! 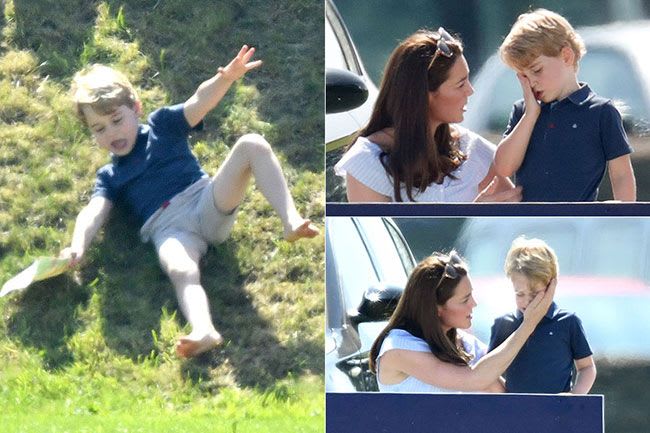 Prince George needed some TLC from mum Kate back in 2018, when he was jokingly pushed down a hill by cousin Savannah Phillips whilst attending the Maserati Royal Charity Polo. While Savannah got a swift telling off from her mum, Autumn, the future King turned to his mum for comfort, and Kate was snapped consoling the little Prince and stroking his cheek.

And it seems Princess Charlotte was also a bit sensitive at the match, needing to be comforted by her mum for a little while before going back to running around with brother George and impressing everyone with her cartwheels.

Mia Tindall cheekily stuck her tongue out at her playmate, but this wouldn’t be the first time the youngster has been a little bit naughty! Her dad, Mike, previously spoke on Good Morning Britain about the moment Mia held up her great-grandmother’s handbag for her 90th birthday portrait, saying: “It just happened at the right time. She was being a bit naughty. The Queen got it quite right when she told her, ‘Just hold the handbag now,’ and she did that. It ended up being a great photo for her.” 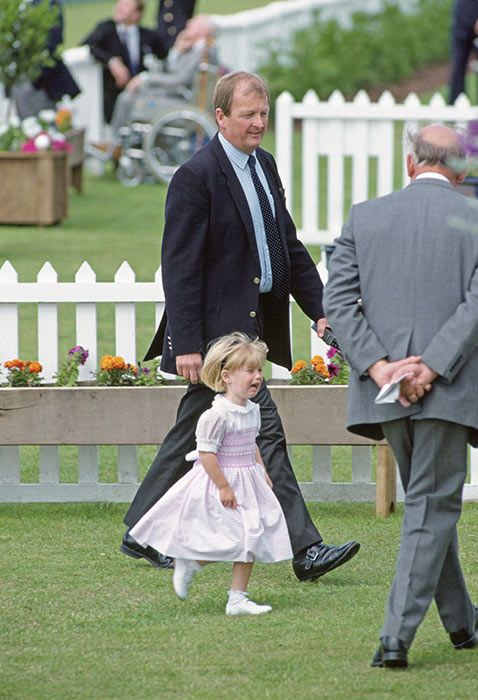 We’re not sure why a little Princess Beatrice was having such a horrible time during the fund raising polo match back in 1991, but her bodyguard appeared to be amused as he walked alongside the youngster, who wore a pink and white dress, during her tantrum at the Gulf trust fundraiser. We’re sure she cheered up quickly!

Prince Christian of Denmark is now 16, but when he was just a tot he didn’t enjoy the photoshoot with his dad, Crown Prince Frederik! While sat outside and dressed in a smart checked shirt and blue shorts, the little one quickly lost patience with the session and burst into tears!

Princess Alexia of the Netherlands 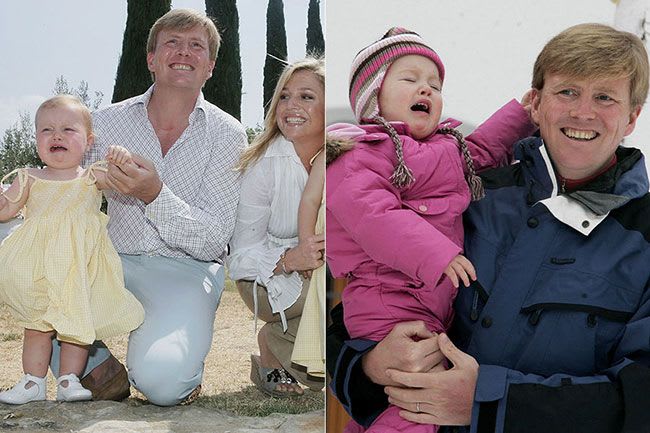 Oh little Princess Alexia of the Netherlands is not one for a photoshoot, is she? In both snaps, the now 16-year-old princess looked devastated to be involved and broke down into tears, while her parents, King Willem-Alexander and Queen Máxima, grinned next to her (possibly hoping she’d stop soon!). We wonder what her big sister, Princess Catharina-Amalia, made of all the fuss! 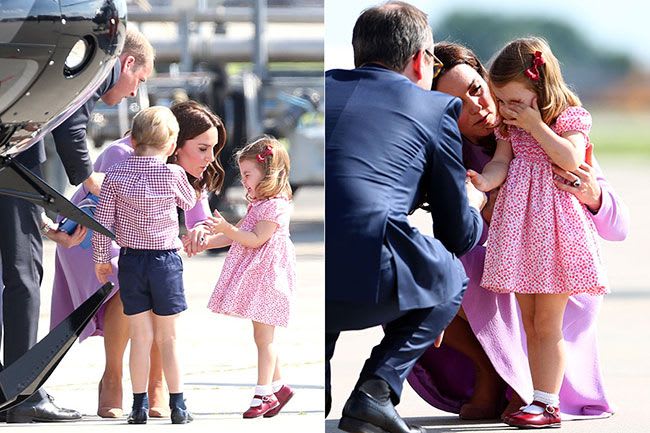 Princess Charlotte seemed like she needed a nap after she fell over at Hamburg Airport and burst into tears. The Cambridge family paid a visit to the airport to view helicopters, but it was all a bit much for the little Princess who was picked up and comforted by her mum.

Although Prince George loves looking at helicopters, he wasn’t having any of it when he went to visit a Royal Airforce Station in Gloucestershire, England, with his parents. The Cambridge family toured the station at the event, which was aimed at getting young people involved with aviation, when Prince George broke down in tears and needed his mum to give him a cuddle! 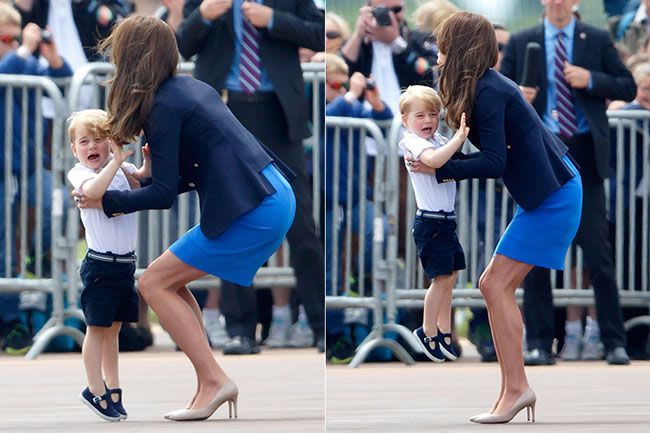 Prince George had quite the emotional day as he welled up while seeing a helicopter pilot! The third-in-line to the throne rubbed his eyes and had to be comforted by his mum during the day out, while the pilot looked on and gave the toddler a reassuring smile. 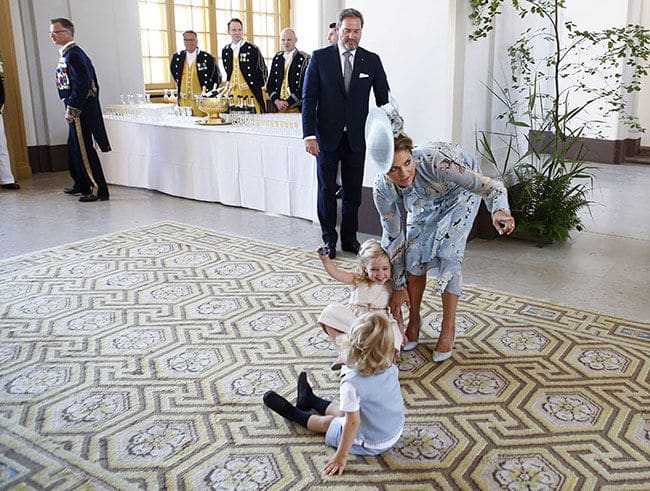 Princess Leonore of Sweden looked very unconcerned as her mum, Princess Madeleine, tried to get her to stand up during an event. The little princess was sat on a rug playing with a friend, and giggled as she was pulled up by her mum, who attempted to get her attention by pointing to something in the distance.