7 Tech Accessories you Should Always Keep in Your Car

Products featured are independently selected by our editorial team and we may earn a commission from purchases made from our links; the retailer may also receive certain auditable data for accounting purposes.

The average American spends 51 minutes driving each day according to a survey conducted by AAA, and if you have a lengthy commute, or live in an area with a lot of traffic, you’re probably spending even more time behind the wheel.

It may seem smart to keep your car as tech free as possible to cut down on potential distractions, but keeping a few key accessories inside actually makes a lot of sense. Our recommendations are designed to help you focus on the road while you’re driving, and help you solve common-but-unexpected problems as quickly as possible.

Some are designed to work with your phone, the gadget you’re most likely to have on you at all times, without enticing you to interact with it, while others add modern features to an older car. All the accessories we’re recommending will work with almost every car, regardless of its year, make, or model, so it won’t matter what you drive.

The Beatles in India: 16 Things You Didn't Know

Black Sabbath on the Making of 'Vol. 4': 'It Was Absolute Pandemonium'

Whether you’re driving an hour a week, or two hours a day, the tech accessories we’ve found all deserve a place in your car. 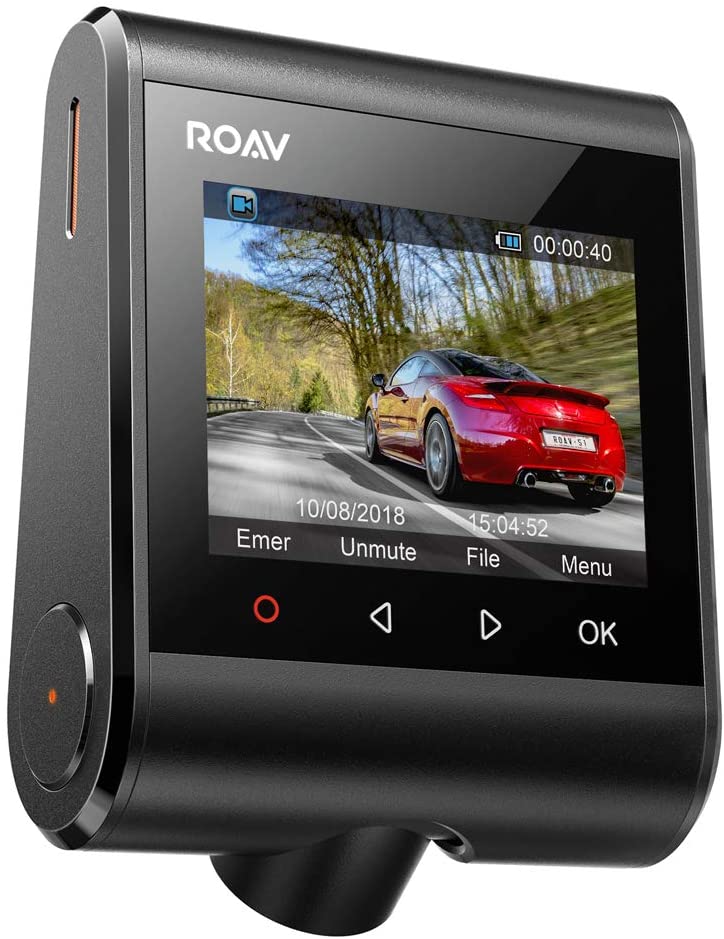 Nobody wants to think about carjackings or accidents, but unfortunately these things do happen. A dash cam can give you a concrete record of what actually happened, which is a lot more substantial than two people arguing over a particular event.

Roav’s Dash Cam is a suction cup dash cam that records video in 1080P (Full HD). It’s equipped with a wide-angle lens that can capture what’s going on in four lanes of traffic, and uses a technology called NightHawk to improve its low light performance.

The footage captured by Roav’s dash cam includes GPS data and your driving speed, so you’ll have even more information to turn over to the police in case something happens. The camera is powered via MicroUSB (cable included), and has a battery, so it can keep recording even when your car is off.

The Dash Cam saves its video onto a MicroSD Card, but you can transfer clips to your phone wirelessly via Roav’s App. This works over WiFi, so make sure you have that setting enabled before initiating a transfer. 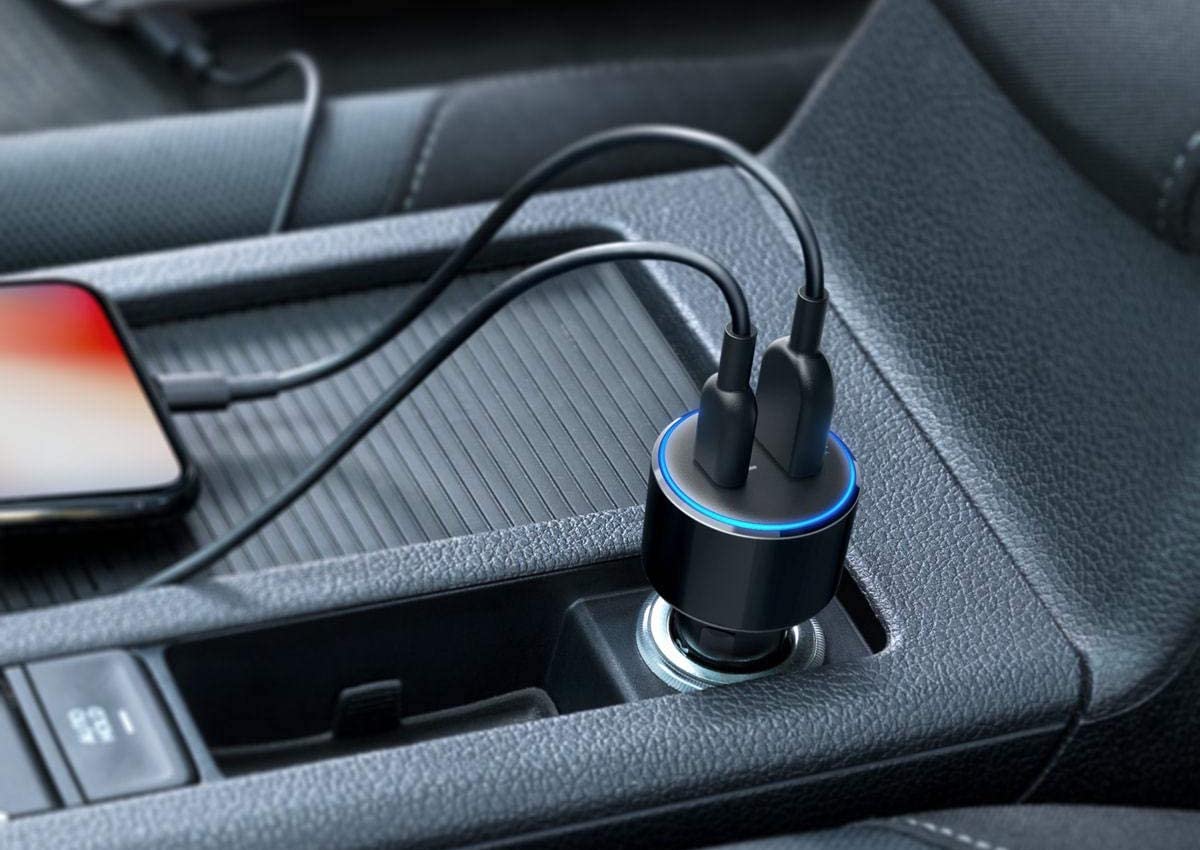 Anker’s PowerDrive Speed+ Duo is an ultra powerful car charger for any gadget you have with you.

It has a USB-C PD (Power Delivery) port, which can deliver up to 30W (Watts) of power, and a USB-A port, which has a maximum power output of 18W. The USB-C port on this adapter is powerful enough to fast charge a phone, or charge a 13-Inch MacBook Air at full speed. The USB-A port can be used for auxiliary devices, like our dash cam recommendation. 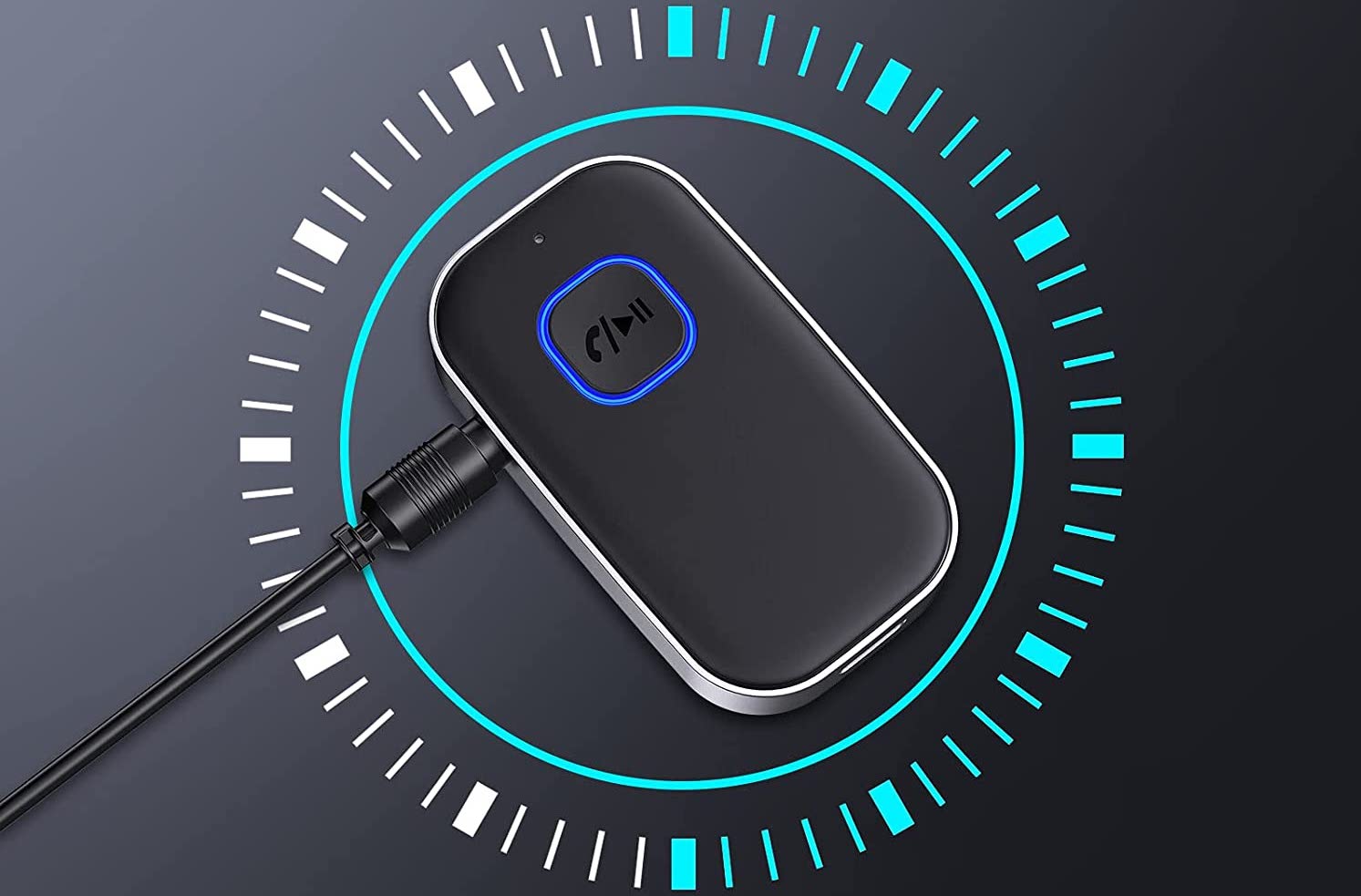 The audio system built into many older cars don’t support Bluetooth, but you don’t need to replace the center console to get this feature. Comsoon’s Bluetooth 5.0 Receiver allows you to stream audio from your phone to your car’s stereo wirelessly, here’s how it works.

First, pair your phone to the wireless adapter over Bluetooth. Next, attach a 3.5mm audio cable from the adapter to the AUX input on your car’s stereo system; if it doesn’t have an AUX input, you can also use a 3.5mm to cassette adapter. Once everything is connected, play music from your phone like you normally would.

It’s not a seamless as connecting your phone directly to your car’s stereo system, but AUKEY’s Wireless Audio Adapter offers the same functionality at a far lower price. 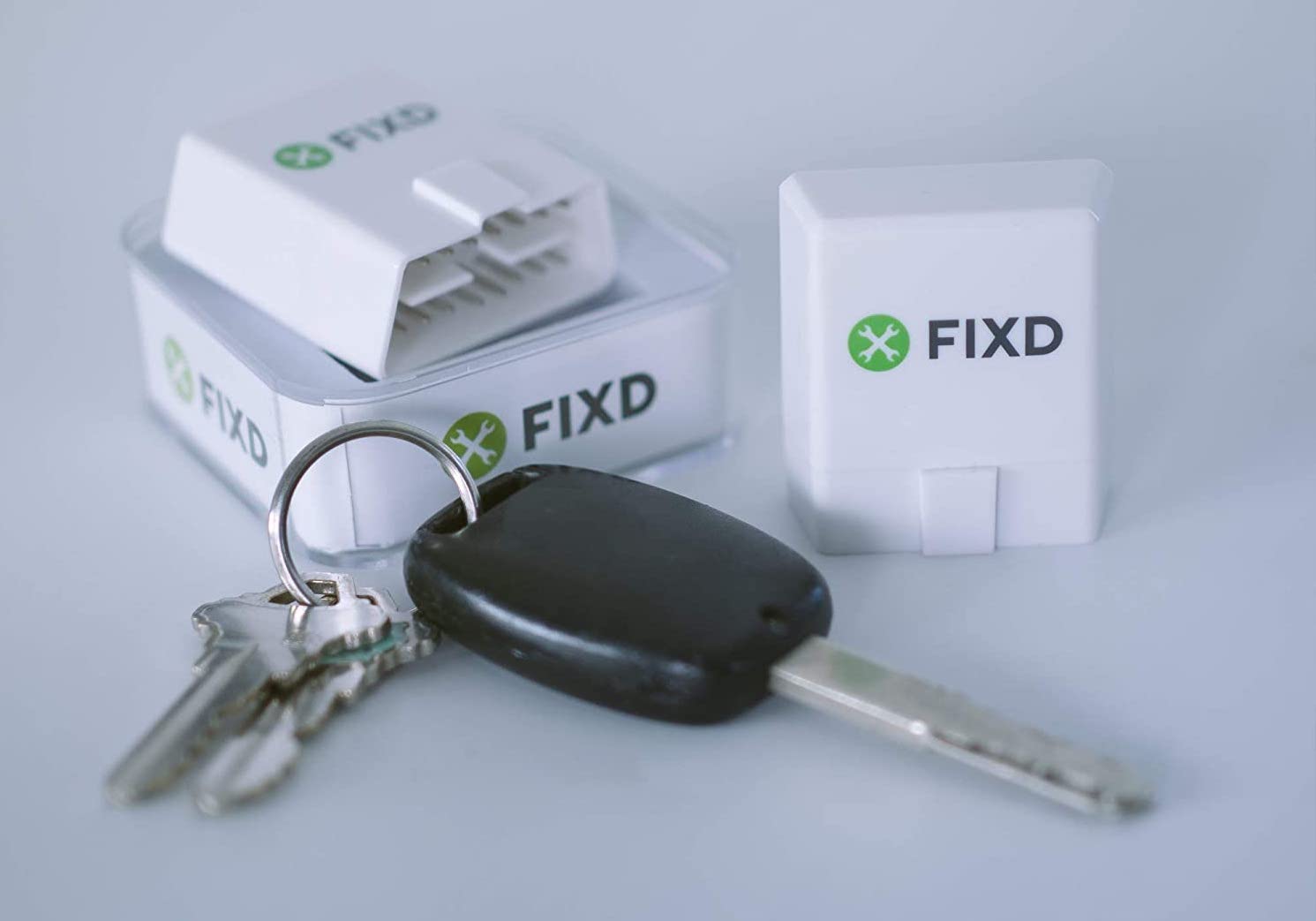 Fixd’s OBD2 Professional Bluetooth Scan Tool is desgined to turn your car’s vague “check engine” light into information you can use to address and fix the issue.

It fits into your car’s OBD2 port, which is available on most cars dating back to the late 1990s. Setting up the scan tool took about 10 minutes, and it diagnosed my car’s issue almost immediately.

Fixd’s app shows you the error code, issue, and severity of the problem in an easy to understand interface. This way you can either fix the problem yourself, or ask the mechanic to perform a specific repair. Having this information can prevent you from being unnecessarily overcharged.

I may not keep Fixd’s tool plugged in all the time, but it’s earned a permanent place in my glove box. 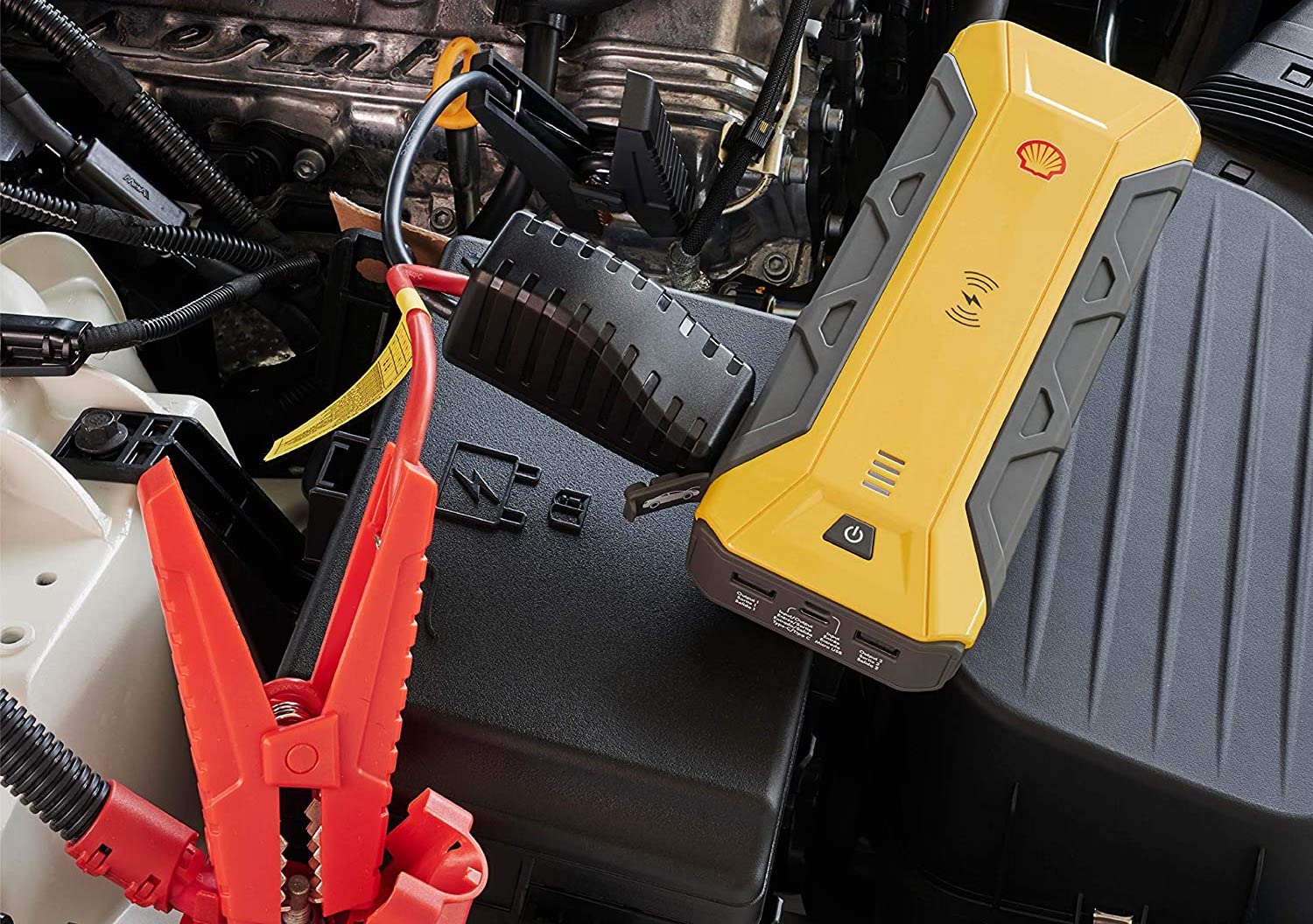 A dead battery is one of the most common issues you’ll face as a driver, and it can be time consuming (and expensive) to call a tow service for a jump. Shell’s Portable Lithium Jump Starter has a 16,000mAh (milliamp) battery and two jumper cables, so you can take care of the problem yourself. It also comes with all the necessary charging accessories: a two-port USB-A Car Charger, Micro-USB Cable, and USB-C cable. Shell says this battery can jump a car, truck,motorbike, ATV, lawnmower, or even a boat.

What sets Shell’s Jump Starter apart is its extra features. It has three USB ports and a wireless charging pad, so you can keep your devices alive while keeping your friends and family updated on your situation. It also has an integrated light, so you can jump your car in the dark. We still recommend keeping a flashlight in the trunk just in case, but this feature can be incredibly helpful in a pinch. 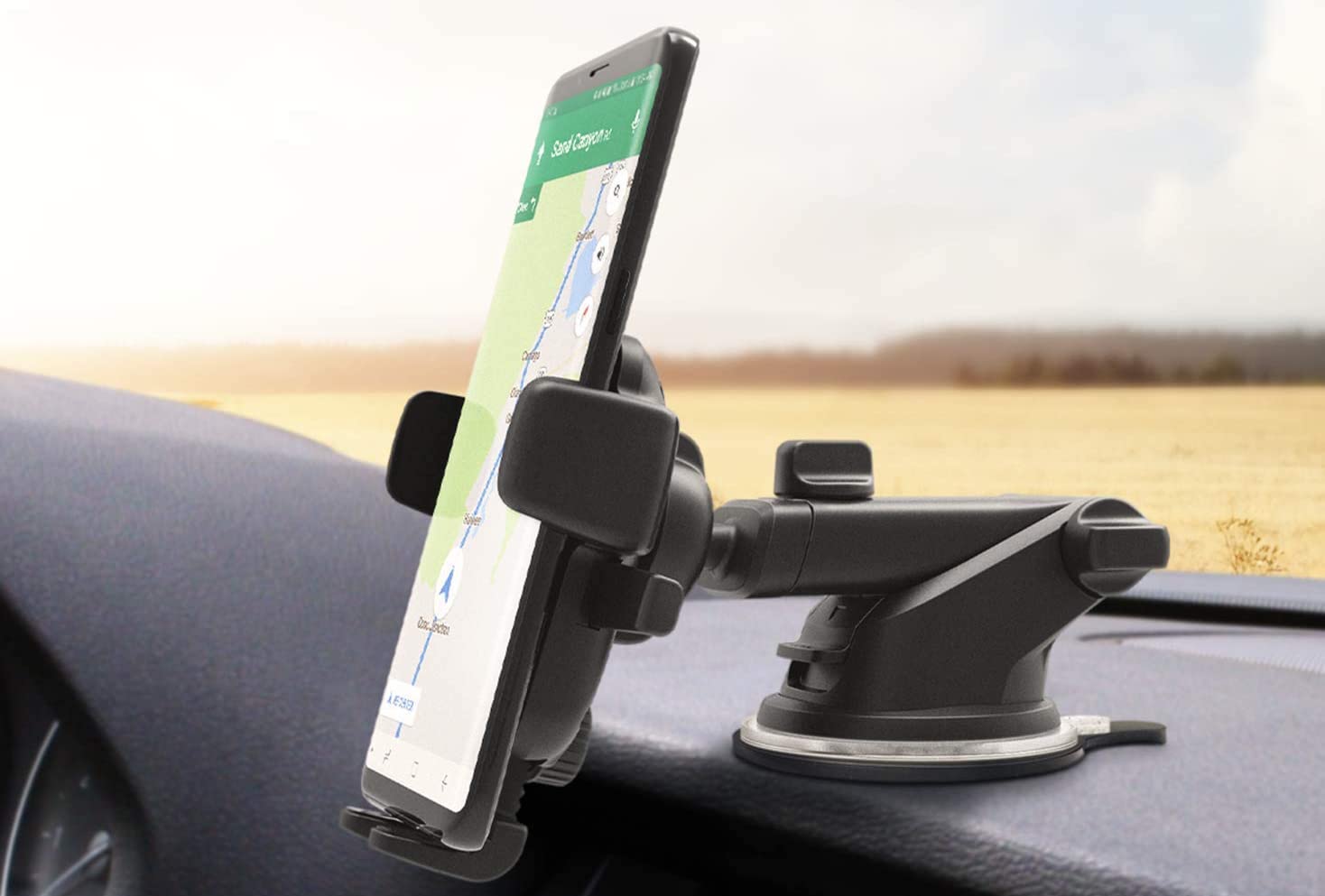 Most of us rely on a GPS app to get to from place to place, but it’s crucial to keep your eyes off your phone and on the road while you’re driving. IOttie’s Easy One Touch 4 Car Mount allows you to keep your phone at eye level, so you can glance over at it only when necessary.

The mount can be attached anywhere on your dashboard via a suction cup, which will hold it in place even on bumpy terrain. Its arm can be adjusted higher or lower to get it to the right position, and the phone holder can be swiveled up or down, so you get the right angle.

This is the car mount I’ve used for over a year, and it’s worked flawlessly during tens of hours of drives. The mount’s arms have kept my phone (an iPhone 11 Pro Max) secure regardless of which case I’m testing, and iOttie says it can accommodate phones up to 3.5-inches wide. If you’ve currently leave your phone in your car’s cup holder, I can’t recommend this car mount highly enough. 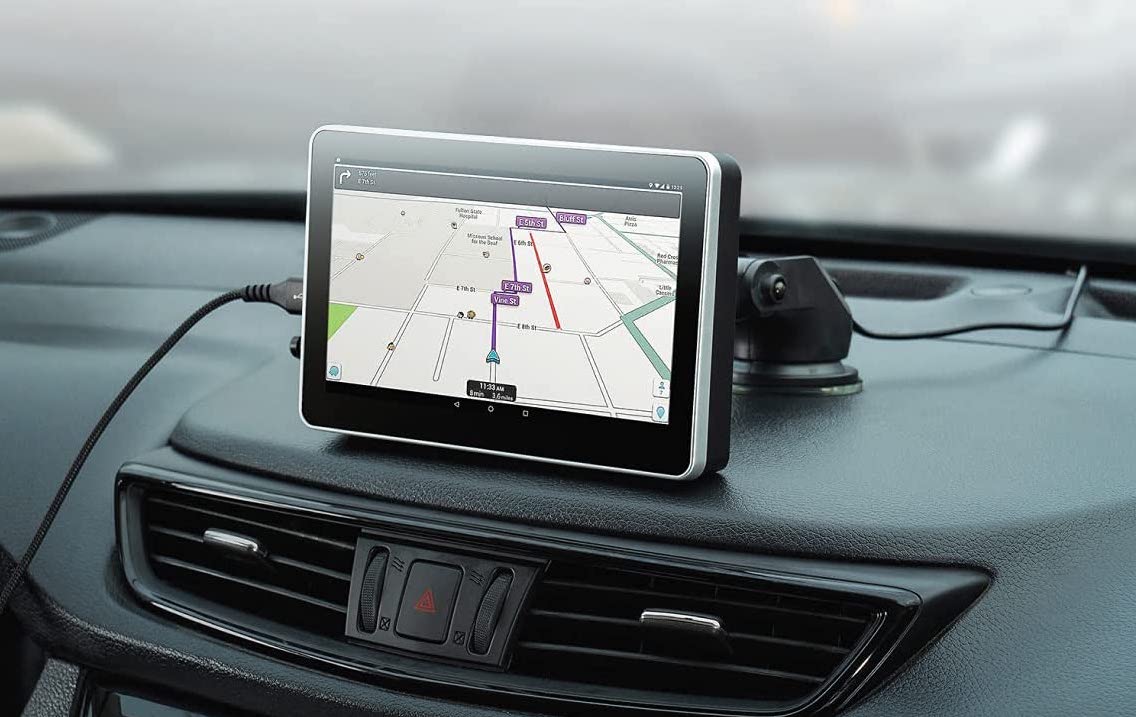 Car and Driver’s Intellidash Pro is the ultimate tech upgrade for your car. The device can fully replace your car’s current media center and act as a GPS when it’s connected to your phone. Its 7-inch touchscreen is far larger than a phone’s display, which makes it easier to read directions. The Intellidash Pro works with both Android Auto and Apple’s CarPlay, which allows you to access key apps from your phone (music streaming services, your mapping app of choice, etc.) from the Intellidash Pro. Notifications like texts and calls will also be displayed on the screen in a non-obtrusive way.

I’ve never used a CarPlay device before, but setting it up with an iPhone took less than five minutes. The most time consuming part was figuring out the best place to install it on my dashboard. The Intellidash Pro’s most appealing feature is its easy installation. Traditionally, an upgrade like this would require you to rip out your car’s existing entertainment console, and permanently install a new one. With the Intellidash Pro, you can get the same features without picking up a single tool.