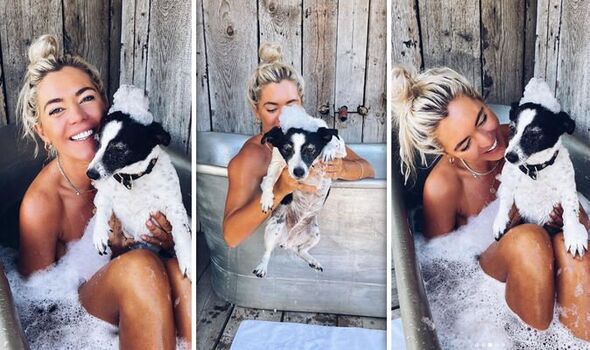 Danni Menzies, 32, left very little to the imagination this evening, as the blonde beauty shared a series of bathtub snaps with her dog, Kinky.

The former A Place in the Sun presenter posed up a storm for the racy snaps, giving off a leggy display, as she used her adorable pet pooch to cover her modesty

She wore her hair back in a messy bun as she smiled for the light-hearted snaps.

Many social media users rushed to the comments to praise the “beautiful” presenter on the revealing snaps. 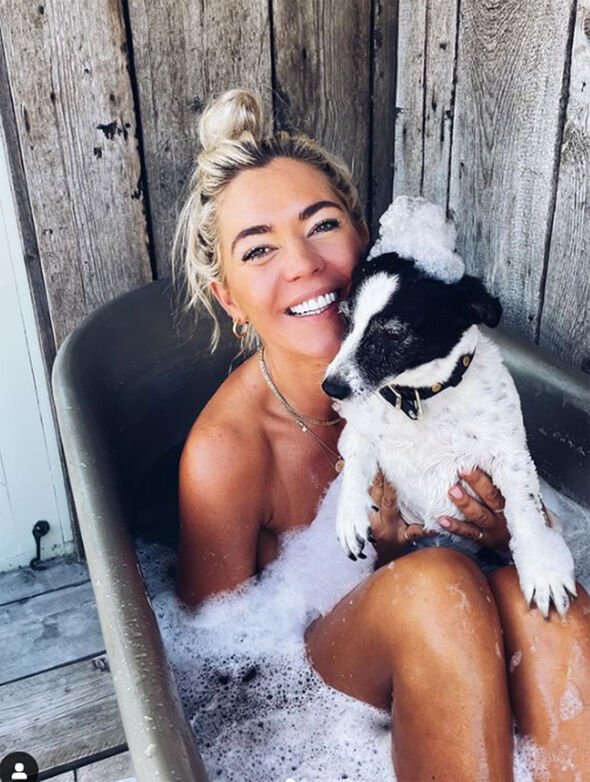 Danni left little to the imagination

She shared the bathtub snaps on Instagram in view of her 300,000 followers. 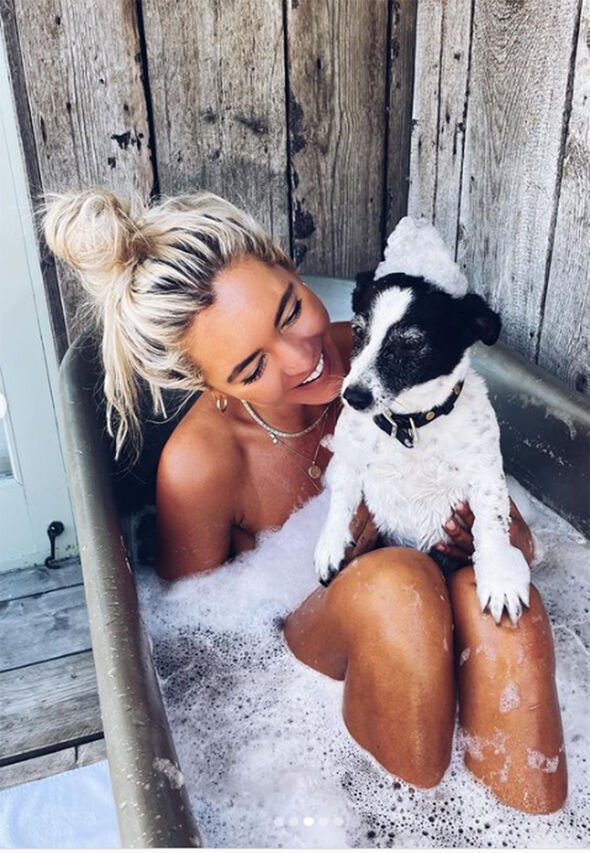 Danni shared the bathtub with her dog Kinky 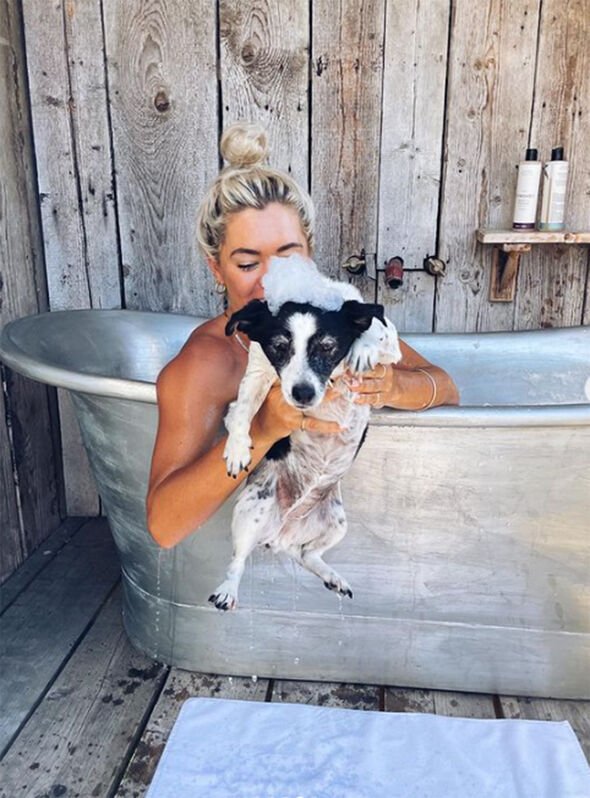 Danni is known for her stunning figure

She announced she was leaving A Place in the Sun earlier this year. 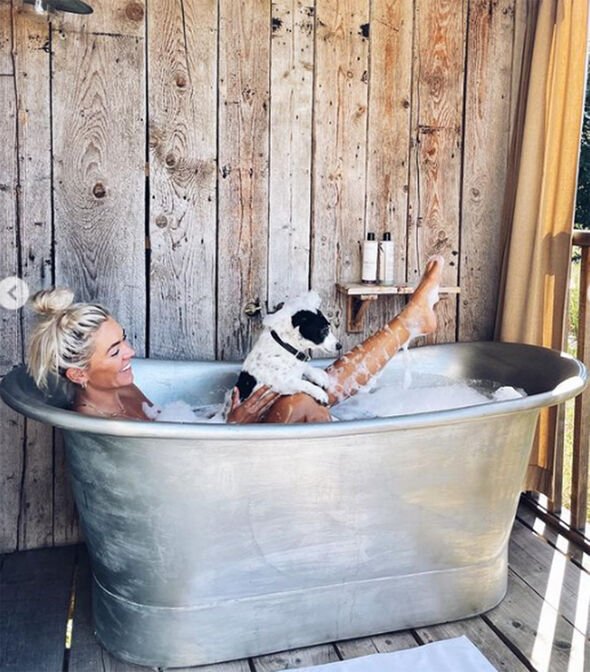 She gave a leggy display 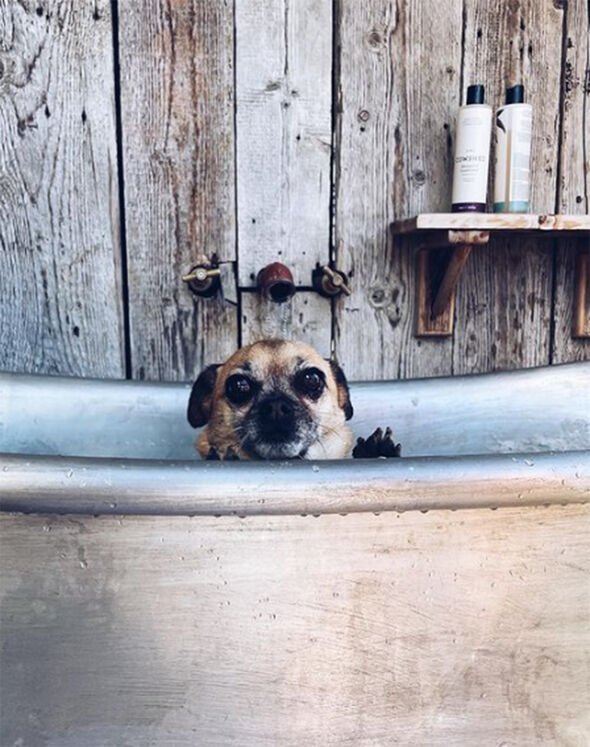 She shared the adorable dog bathtub snap on Instagram

Danni assured fans at the  time that although she was leaving the show, she still had plenty of episodes to film. 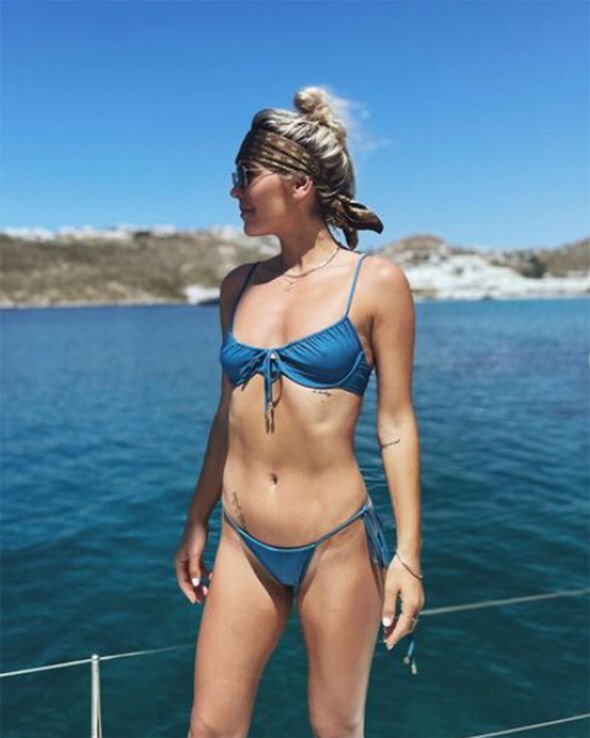 In the statement released at the time, she said: “I’ve got plenty of new shows coming out in the next series,” Danni explained. So although I’ve finished filming, it’s not quite the end of me on the show yet!” 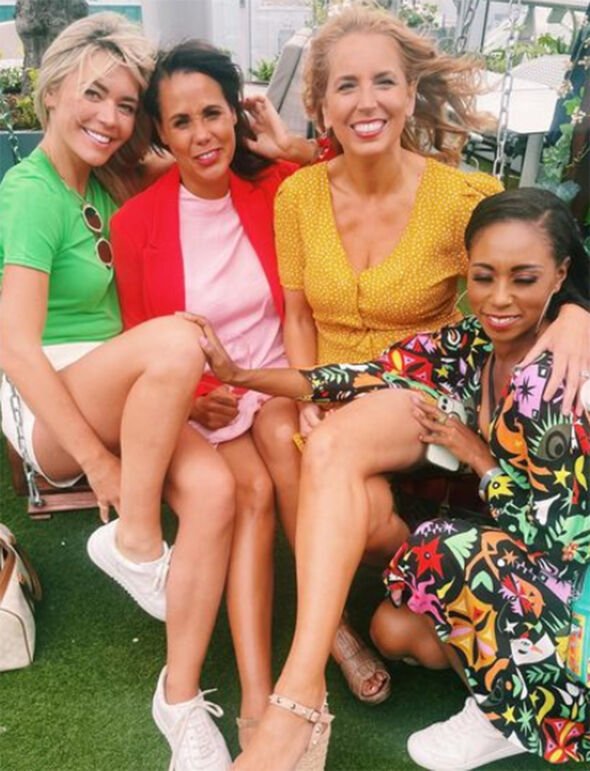 Danni with some of the A Place in the Sun stars