Al Roker has been back in hospital since Wednesday following some complications concerning blood clots on his lungs.

MORE: Al Roker’s latest job will leave you in awe – and it’s for a good cause

It’s understandably been a worrying time for his loved ones, and the Today star’s wife Deborah Roberts has been sharing several messages on social media as a way of keeping fans updated.

Most recently, the ABC News journalist appeared to give a positive update after visiting Al.

Alongside a photo of a coffee cup, she wrote on Instagram Stories: “Faith and gratitude.”

The journalist later posted a picture of the TV screen while back at home, showing the Georgia Bulldogs winning against the LSU Tigers. “A good day all around!” she wrote, suggesting that there had been some positive news about Al too.

Deborah had also shared a reflective post last week, posting a picture of the turning leaves in New York, where the family lives, and wrote: “So grateful for the love.”

She didn’t elaborate on Al or how he was feeling but earlier that day she had also shared a snapshot of a TV airing the Rockefeller Christmas Tree Lighting ceremony and she appeared to be in a hospital room.

Al is also in the thoughts of his children, Leila, Nick and Courteney. His youngest daughter, Leila, took to Instagram after Page Six and multiple other outlets shared the news about her dad’s return to hospital and delivered an emotional update on the last month.

Alongside a series of upbeat photos, including one of her, Al, her mom, Deborah Roberts, brother, Nick, and sister, Courtney, she wrote: “November photo dump – the parts of this month that were actually enjoyable.” 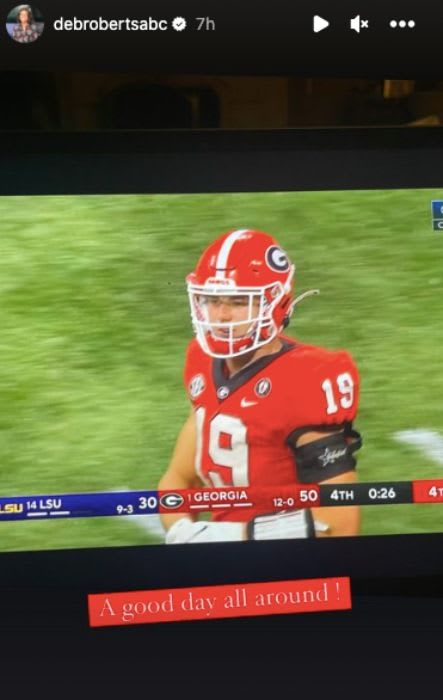 Al’s wife was feeling positive over the weekend

Fans rushed to check on her father and commented: “Hope your dad is feeling and doing better,” while another added: “Love to you! Praying for more good times,” and a third wrote: “Prayers for your family/dad.”

The beloved host has been off from the Today show for several weeks due to ill health, though he had returned home on Thursday, 24 November, just in time to spend the holidays with his family.

His entire Today family have been wishing him well, with the NBC daytime show posting a tribute to the star on Instagram after he was rushed back to hospital.