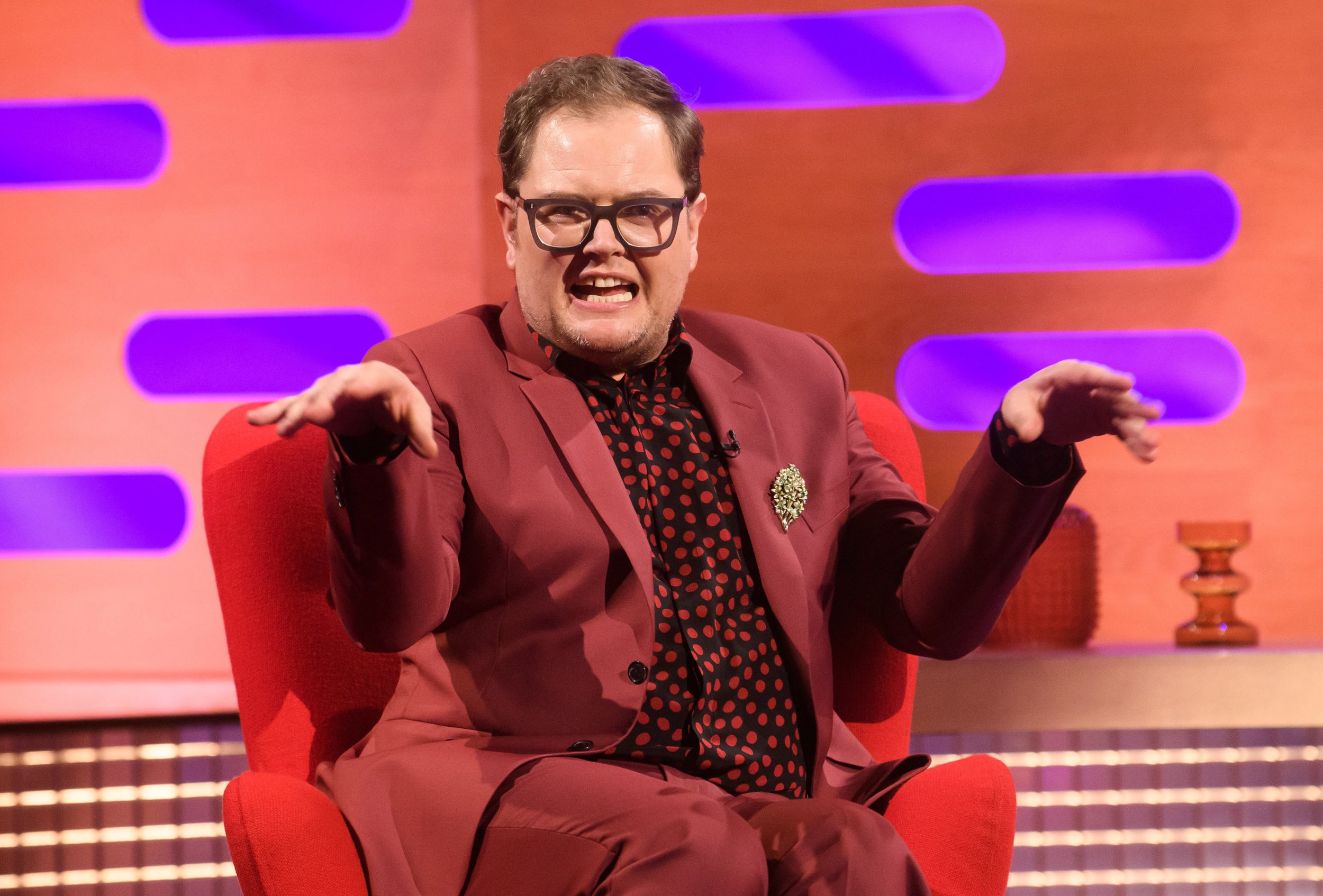 Radio 2 listeners have stepped in to praise and defend Alan Carr after the comedian received horrific abuse from those who weren’t on board the Chatty Man presenter replacing Zoe Ball on today’s Radio 2 Breakfast programme.

Apparently, because people are so enraged by another voice on the BBC radio show, Twitter was a dumpster fire of irked people who wanted Zoe back – with many calling out various messages they felt had ‘homophobic undertones’.

It was recently announced Alan would be sitting in Zoe’s chair, covering five mornings from Monday to spruce up the day.

Welcoming us to the show today, Alan began: ‘I can’t wait to spend my Monday morning with you,’ as he got things underway with absolute banger Heaven Must Me Missing An Angel.

He went on: ‘Good morning superheroes, who’s with us this morning? I’m not a morning person, so this is gonna be a lot of fun.’

While there were a lot of laughs on the show to ease us into Monday, some weren’t feeling the fun and perhaps needed to hit the snooze button a little longer as they reacted to Alan’s appearance on the programme.

One disgruntled punter said they were ‘switching off’ after hearing Alan on Monday morning, feeling Twitter needed to know their thoughts on the matter as they wrote: ‘I’m sure Alan Carr is a lovely bloke, but that is not a voice I want to ease me from sleep into work mode first thing in the morning. Radio 2 becomes more unlistenable by the day. *switches off*.’

Another said they ‘didn’t think it could get any worse’, which is rather dramatic when talking about a radio programme.

Not to worry though, as Alan had many a fan going in to bat for the presenter, as one defended him against the social media user: ‘Strangely I prefer Alan Carr and will be listening. Missed this morning as didn’t know. It’s lucky we are not all the same.’

Along that same vein, another fan added: ‘Not even listening to Radio 2 but I know Alan Carr is funny as f**k and people are just projecting a dislike for him being camp.’

To many fans, they felt Alan’s addition to the stand-in line-up was ‘refreshing’, as another noted: ‘In spite of all the negativity surrounding his sit-in for Zoe Ball, I loved having Alan Carr on the breakfast show this morning. Really refreshing.’

Alan Carr is hosting the Zoe Ball Breakfast Show all week, from 6.30am on BBC Radio 2.