Ugh, as if! Alicia Silverstone has surprised fans of the iconic 1995 movie Clueless by revisiting Cher Horowitz’s look. The 44-year-old actress was on hand to unveil Rodarte‘s Clueless-inspired Fall 2021 collection, designed by Laura and Kate Mulleavy. Photos from the new campaign, taken by Todd Cole on a California beach, show Alicia totally channeling the mid 90s look that’s synonymous with the film, as she rocked a pink, pearl-buttoned suit with black piping. 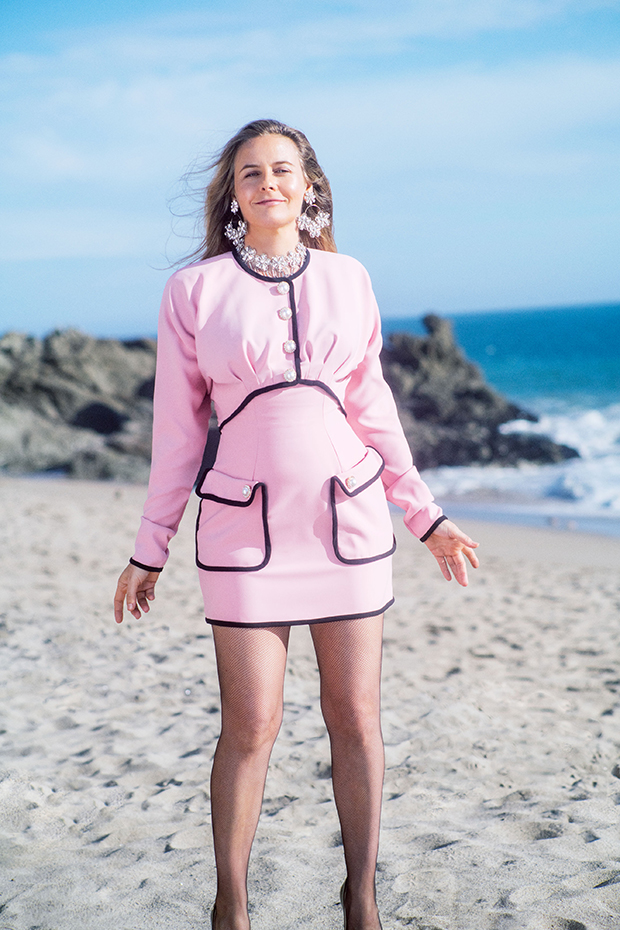 The blonde beauty, who has barely aged a day in the 26 years since the film’s release, accessorized with a chunky silver necklace, oversized silver earrings, and black pantyhose with black stiletto pumps. Another photo showed her modeling a bright green, cropped sequined cardigan with a black leather skirt, while she donned a puffy-sleeved floral dress with elbow-length gloves in another pic from the campaign.

The actress also seemingly channeled other characters from the movie, like Cher’s BFF Dionne, when she stunned in a new Rodarte catsuit paired with an oversized varsity jacket. Just last year, the film’s costume designer Mona May opened up about working with Alicia. “She would come [to fittings] in her sweats with her dogs and she really had to learn about high fashion and designer clothes and how to become that character,” Mona told Tatler, adding that the pair have remained in touch. 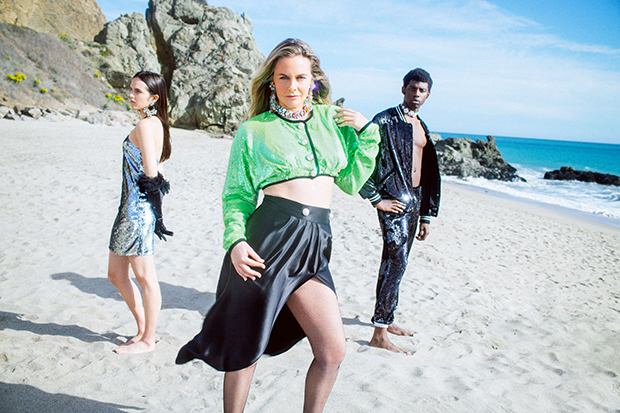 “We’re still close friends, she texts me pictures of things she might wear on red carpets.” She also descibed the actress as “a young ingenue” noting that she “had been in one or two music videos and she didn’t have a lot of experience with film. She was already then, at 18, an activist.” Of course, fans of the film would recall that Alicia’s character had 60 costume changes throughout the film, including the now-iconic yellow plaid Dolce & Gabbana suit in the film’s opening. “I had to create a giant chart with all of the outfits printed,” Mona revealed.