Alyson Hannigan Finds Buyer for $18 Million 'This is Us' House 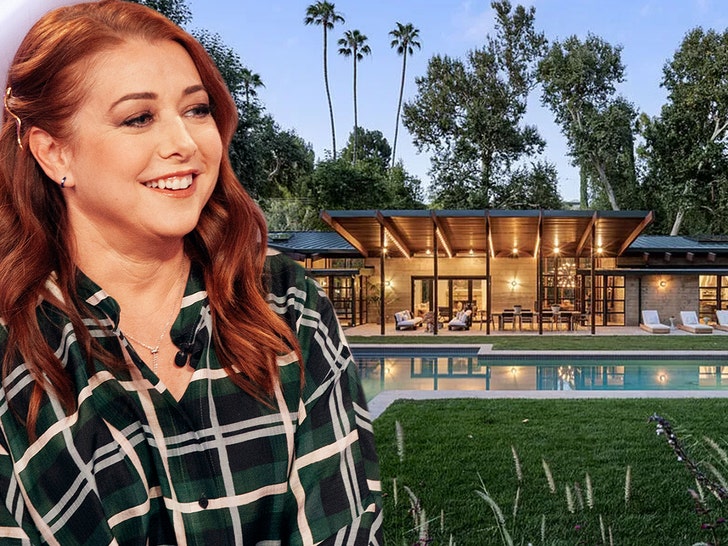 Alyson Hannigan can break out the bubbly … because she finally found a buyer for her home, which was a filming location for NBC’s hit show “This Is Us.”

Real estate sources tell TMZ … the “How I Met Your Mother” star accepted an offer Thursday on her 5-bedroom estate, which she listed for $18 million.

The place is 7,605 square feet and it was featured in “This Is Us” as the home Mandy Moore‘s character, Rebecca, tells Justin Hartley‘s character, Kevin, to build in memory of Milo Ventimiglia‘s character, Jack.

Alyson’s place was used in multiple flash-forward scenes over a couple of seasons on the NBC show … and she’s on the record saying she liked having her digs converted into a filming set, because NBC footed the bill for a ton of repairs.

The house is a go-to for Hollywood producers … it’s also been used in “Fun With Dick and Jane,” “Marvel’s Agents of S.H.I.E.L.D” and “Fractured,” plus a Hyundai Super Bowl commercial starring Kevin Hart.

The estate sits on 3 acres of land in a gated community in Encino … and includes a main residence, guest house, home gym and office space. The place is decked out with a pool, tennis court and a vegetable garden.

The very private property is super green, too — dotted with palm trees, orange trees, avocado trees, sycamores and succulents … which can be seen from every room in the house.

Alyson and her husband Alexis Denisof bought the home in 2016 for $7.95M, and last month they reportedly bought a new home in Santa Monica.