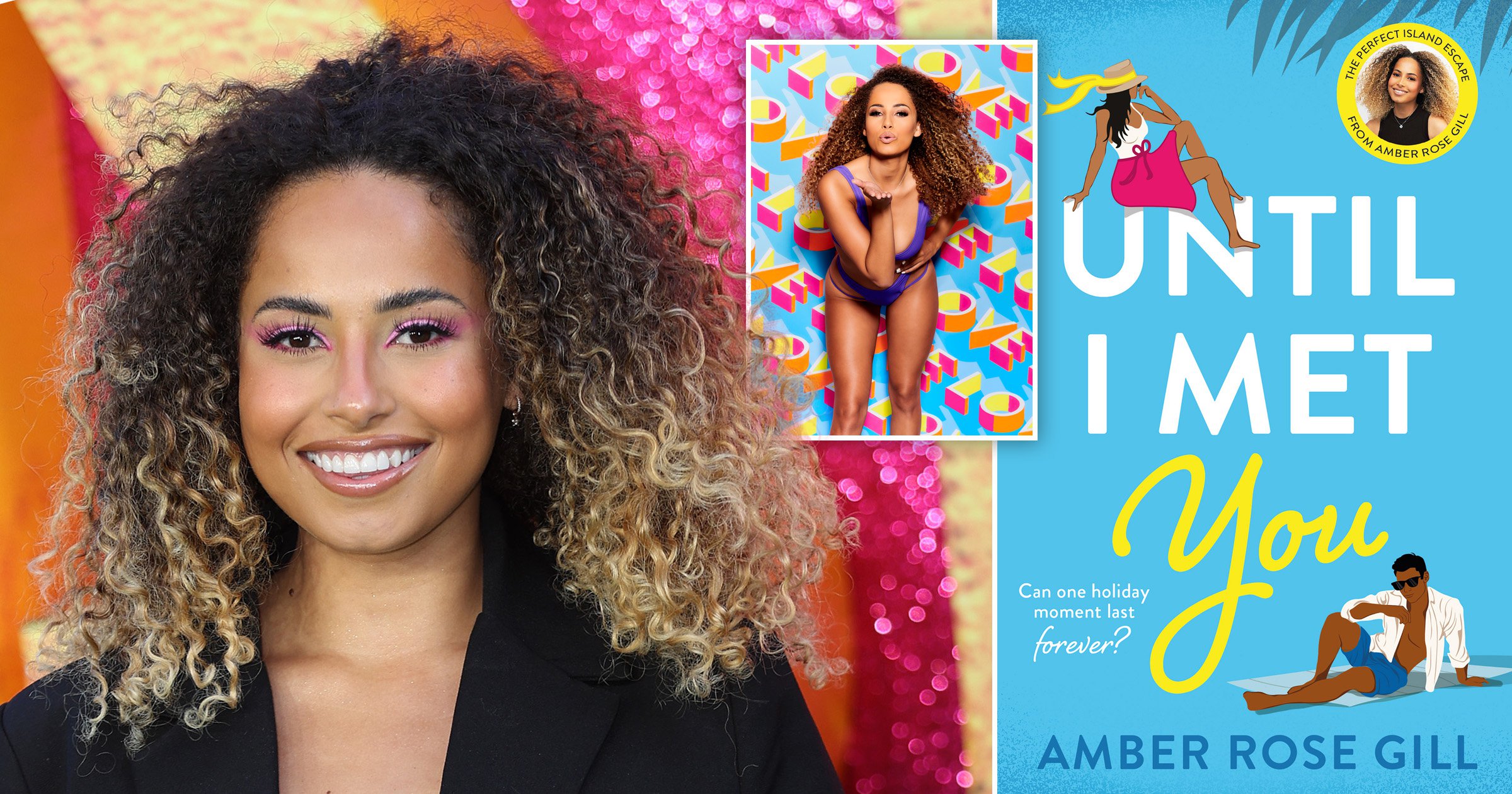 Love Island star Amber Gill is soon to release her debut book, a romance novel through Mills & Boon, after thinking she’d left the chance to pursue her passion for reading and writing behind when she didn’t go to university.

The 24-year-old, who won the 2019 series of the hit TV show, found herself wooed into embarking on her first writing project after the publishers recruited her to judge their Love to Write competition searching for new writers from underrepresented ethnic backgrounds.

Speaking exclusively to Metro.co.uk, Amber explained how she went from judge to writer as she reflected on the importance of representation in the romance book sector – something which is often lacking.

‘They knew obviously that I liked reading books but they didn’t realise how much I liked the writing side of things as well. So then the conversation started about having my own and I was like, “Are you sure? I don’t know!” And then I was just like, “You know what, I’d love to go for it.” Why not?

‘When I was growing up, I felt like I wasn’t really represented. And I think it’s important to feel represented. When I was [even] younger – at the time, I didn’t realise because I was just enjoying my books. But now that I’m a bit older, I know that representation really matters.

‘I thought the opportunity to get to do something like this was absolutely wild – so I took it with both hands!’

The result is her own romance Until I Met You, and Amber is open about – and full of praise for – her co-writer, US author and Mills & Boon veteran Nadine Gonzalez, who she ‘absolutely loves’.

‘She has loads of experience because obviously I’ve just been thrown in the deep end, coming off Love Island, and it’s like, “Right, okay, write a book now.” And I’m not sure if I can do that!’

‘It was really nice to have someone just hold my hand. We did huge brainstorming sessions about characters and plotlines and locations and she just really helped me get the messages and the plot that I wanted, and the characters’ personalities, on the paper better,’ the TV star and influencer shared.

‘We just wanted to really both be super confident about the way that it was coming across. It was really nice for me because it would have been ridiculously hard without her. Obviously I had respect for authors anyway, but when I’m reading books now I’m like, “Okay, I really respect it because I know how much hard work [has gone into] every aspect of the book.” So, so much thought was put into it.

Amber also joked that the ‘gel of their relationship’ was helped by Nadine thinking of ‘even more crazy things than I was’.

Former Made In Chelsea star and presenter Georgia Toffolo currently writes for the publishing house still closely associated with so called ‘bodice-rippers’, producing her series of ‘Meet Me… ‘ modern love stories in partnership with writer Louisa George.

Sarah Ferguson, Duchess of York has also produced a best-selling romance with her family-inspired historical, Her Heart For A Compass, alongside Marguerite Kaye.

When it came to inspiration for the novel, a friends-to-lovers romance set at a wedding in Tobago, she was inspired by her own background.

‘I knew I wanted it to be a hot, tropic kind of location. I ended up picking Tobago just because that has meaning to me – part of my heritage is from Trinidad and Tobago. I had just taken a trip there before the pandemic kicked off. I really just wanted to convey the beauty of Tobago and it started from an idea of the location, and what sort of characters I’d want, and then we just sort of slotted everything else in around that.’

She also admitted that inspiration didn’t strike quickly for the plot because of the pressure of the blank page.

‘It took a long time to brainstorm because I was so passionate about wanting it to be an amazing story and book, and I could not for the life of me just have something plucked up! So I couldn’t do it, I don’t know why, I think it was because I was putting so much pressure on myself.’

However, Amber did find inspiration in her real-life friends to help with the novel’s supporting cast of characters, as well as a bit from herself, saying that she has told her loved ones to see if they can guess which character ‘I would think I was’ (not that she’ll tell us).

‘I want people to guess! To see if people know me that well.’

‘I didn’t like, base it off myself,’ she added. ‘But it’s just that when I was reading it back, I was like, “That sounds like me. That’s what I would say to my friend!”

‘There’s different bits of my friends and me that I took and made into these cool friendships. That’s the main thing about the book, it just shows a lot about friendship. And that’s like my life: I love my friends so much.’

One clue as to which character Amber sees herself as though – it’s not her leading lady Samantha, a travel blogger who Amber describes as having ‘independent boss girl vibes’.

‘I think that’s important to have in romance books [and] not just someone that falls at the guy’s feet straightaway.’

Revealing the sacrifices alongside the hard work that’s gone into her debut book, Amber said that it has been quiet on the romance front for her recently.

‘I think everyone thinks that I’ve based it off [my life], as I’ve put my heart and soul into this. I don’t have a love life! Roman and Samantha are my love life at the minute. And it’s so much work, [but] I’ve had so many fun things to do that I hadn’t even realised that I didn’t have one until people started asking me and I was like, “That’s right, I forgot!”

The former Islander has also shared that, although nothing is certain yet, she ‘would love’ to write another book.

‘I’ve really enjoyed this experience and it’s satisfied my love for books and English in ways that I didn’t think that I would be able to do when I decided not to do it for a degree. So now I’ve opened that door, and I’ve got the first one under my belt, I would love to do more. I would love it.’

Amber is also narrating the audiobook herself (“I don’t know why I signed up to do that with my Geordie accent!”) with her recent recording sessions leaving her pondering about possible follow-ups.

‘As I was coming to the end of Until I Met You again, [this time] speaking it, I was like, “I wonder if there could be a follow-on for any of these characters?” And I feel like there could, definitely.

‘But that’s something that I haven’t spoken about yet. I want to wait until this one launches and walk before I can run, because I’ve got a terrible habit of never looking back at my achievements. I’ll be onto the next thing, and the next thing, and I’m trying to stop doing that!’

Until I Met You by Amber Rose Gill is published by Mills & Boon in paperback, ebook and audiobook. It releases on July 7. Find it on Amazon here.

Kiss goodbye to your social life – Love Island is back to dominate your evenings, with the new series promising more drama than ever before.

For all the latest updates, visit Metro.co.uk‘s Love Island page.