Amelia Hamlin stunned in a yellow bikini by the lake a day after her mom Lisa Rinna shaded her BF Scott Disick in a ‘Real Housewives of Beverly Hills’ episode.

Allow Amelia Hamlin to make the case for adding a bright yellow bikini to your wardrobe. The model, 20, spent the day lakeside in a yellow bikini and documented the look via Instagram Story video on Thursday, Aug. 26. The daughter of actress Lisa Rinna and Harry Hamlin finished the look with a stylish black fisherman hat with drawstrings.

The lake content comes a day after her mom shaded her boyfriend Scott Disick on the August 25 episode of Real Housewives of Beverly Hills. In the episode, Amelia and sister Delilah, 23, visited Lisa’s house to try on some of her vintage dresses. Amid the hoopla, Lisa did not hold back on her thoughts about her daughter dating a much older man. (Scott is 38.)

The shade came after Delilah expressed excitement over her mother’s wedding dress, which she wanted to keep for her future wedding to her model boyfriend Eyal Booker. “We love Eyal. He’s so good for Delilah,” Lisa said in her confessional. “She’s really growing into herself. Harry’s made it quite clear that he would not object if Delilah and Eyal got married. Which is pretty shocking, but that says a lot.” 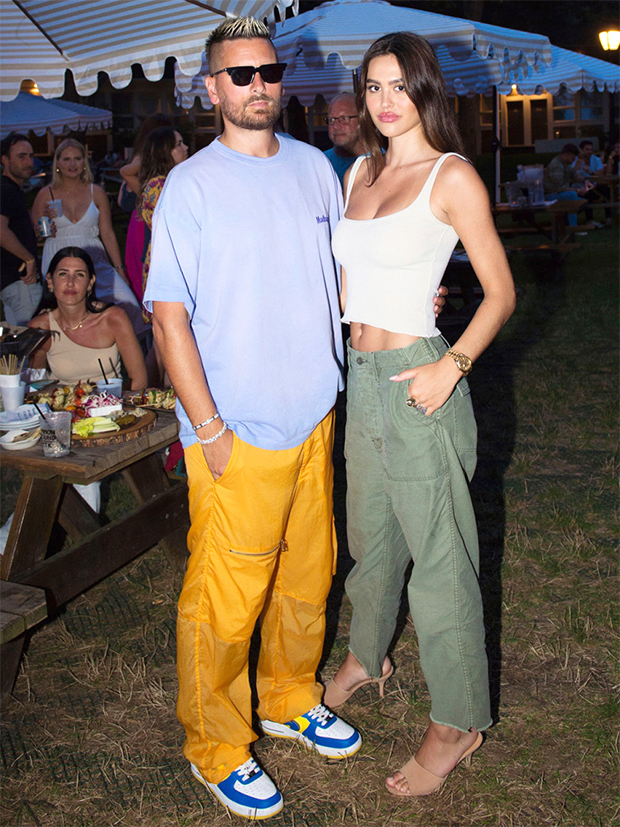 Lisa then addressed Amelia and Scott, who have been linked since November 2020. The star expressed her preference for her daughter to be dating a certain popular musician instead. “I can’t say the same for Amelia at this point,” Lisa continued in her confessional. “No. Like why can’t [she be dating] Harry Styles? Why the f*ck is it Scott Disick?”

Of course, the previously taped episode might not be totally indicative of Lisa’s feelings now. Lisa recently appeared on Watch What Happens Live on August 12 and revealed she was “thrilled” that her daughter is happy despite her initial reservations. “Listen, I will say this: Amelia’s very happy right now and you really want your kids to be happy, so Harry and I are very thrilled that she’s happy,” she told host Andy Cohen.

The change in tone came after Lisa recalled the “WTF moment” of learning of the relationship in a June episode of RHOBH. “She’s 19. He’s 37 with three kids. Hello? I’m a lot nervous about it,” she said at the time, referring to his children Penelope, 9, Mason, 11, and Reign, 6, with ex Kourtney Kardashian. “We’re thinking it’s a phase, right? It’s a phase. Whatever. I don’t want to bring attention to it.”