The popular Good Morning America host bolted to the UK and arrived only hours after the announcement was made.

She shared a snapshot on Instagram in Scotland where she was reporting and the image took her co-host, Sam Champion, by surprise.

Alongside the photo of her looking somber, dressed in black and in front of the camera outside of Edinburgh Castle, she wrote: “Covering the Queen’s final moments in Scotland and awaiting Operation Unicorn… where the Queen will be taken here to Edinburgh… members of the royal family are expected to hold a vigil at St Giles Cathedral in the coming days.”

Fans commented: “My favorite journalist I know you would be covering this entire story, Amy you the best,” and, “Thank you for being there for us”.

MORE: Will Prince Charles give Prince Edward a new title?

Sam also remarked and said: “Amazing how quickly you got there,” and fans reiterated his comment. “I thought the same thing Sam. How do you know what clothes to pack so fast??”

News of the Queen’s death at the age of 96 on 8 September was announced by Buckingham Palace in a statement that read: “The Queen died peacefully at Balmoral this afternoon. The King and The Queen Consort will remain at Balmoral this evening and will return to London tomorrow.”

A short time before the announcement, family members were pictured arriving at Balmoral.

Prince William, Prince Andrew, Prince Edward and his wife the Countess of Wessex were seen driving into the estate. The Duchess of Cambridge remained in London to care for her three children with William. 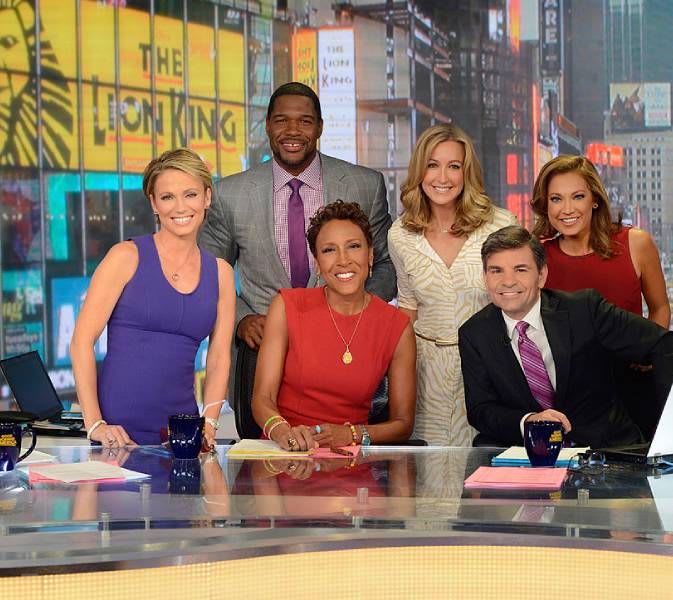 Amy left the GMA crew behind in New York

The announcement was also officially posted to the railings outside Buckingham Palace by aides dressed in black, while the Union flag was lowered to half-mast.
Elizabeth’s eldest son Charles will now be known as King Charles III.

In a deeply personal statement following the death of his mother, the King shared that her passing was “a moment of the greatest sadness for me and all members of my family”.