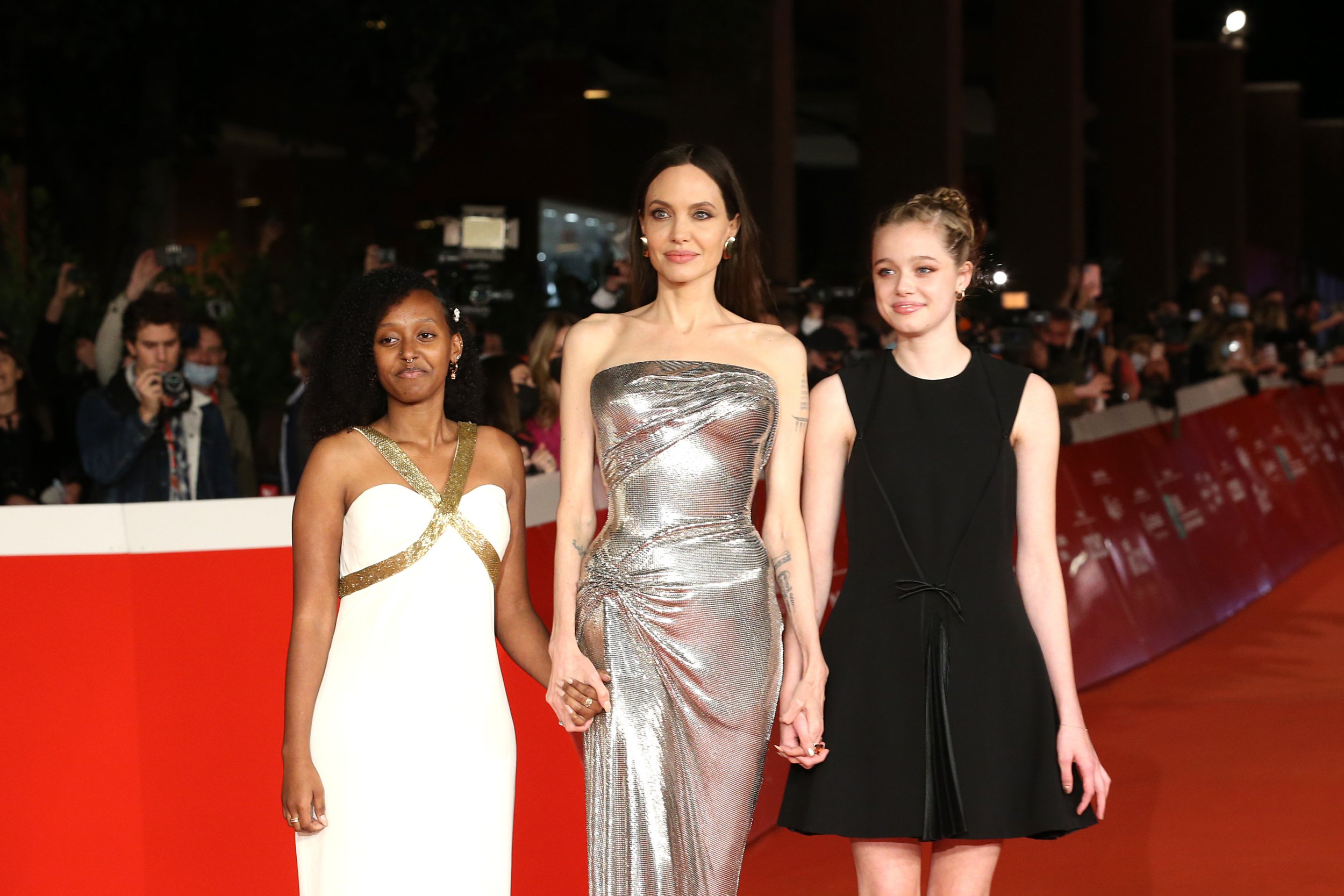 Angelina Jolie made the Eternals premiere a family affair as she hit the star-studded red carpet alongside children Zahara and Shiloh.

The actress, who plays Thena in the upcoming Marvel film, was joined by the teenagers at the Rome Film Festival, as well as a string of her co-stars.

The 46-year-old looked incredible for the celebrations, donning a floor-length strapless silver gown, which she accessorised simply with chunky earrings.

She seemed to be in good spirits for the event, smiling widely and waving at the crowd before posing for pictures with her daughters.

Zahara, 16, rocked a Grecian-style white gown with gold detailing, while her sister put her own spin on a black dress, teamed with animal print trainers.

Kit Harington was among the other cast in Rome on Sunday night, in a belted black coat, black shirt and trousers, with Richard Madden getting the suit memo in a similar look.

While Gemma Chan was regal in a long-sleeve black crop top and matching floor-length skirt, complete with diamond embellishment and a bejewelled head piece.

After what feels like a lifetime of waiting, but in reality was just a few months, Chloé Zhao’s blockbuster will finally be hitting the big screen on November 5.

Kumail Nanjiani and Salma Hayak round out the A-List cast, with speculation that Harry Styles also pops up at one point.

The former One Direction singer has long been linked to a role in the Marvel flick, following his impressive stint in Dunkirk, but there has been no confirmation so far.

However, reports suggest the Watermelon Sugar singer appeared in an end-credits scene of the movie.

The official synopsis reads: ‘Marvel Studios’ The Eternals features an exciting new team of Super Heroes in the Marvel Cinematic Universe, ancient aliens who have been living on Earth in secret for thousands of years.

‘Following the events of Avengers: Endgame, an unexpected tragedy forces them out of the shadows to reunite against mankind’s most ancient enemy, The Deviants.’

The Eternals will be released in cinemas on November 5.