There’s a lot of buzz about Angelina Jolie’s new look! The movie star and passionate philanthropist donned a protective beekeeper suit to celebrate the graduates of her Women for Bees project!

The Maleficent star was all smiles under her protective mesh hood and white jumpsuit as she awarded the graduates from the French Apidology Observatory their diplomas on Wednesday.

Jolie spoke with the recipients, who were women chosen from different areas and went through a 30-day accelerated learning course at the Observatoire Français d’Apidologie, in Domaine de la Sainte-Baume, an area in the hills of Provence, France.

Jolie rocked the bulky beekeeper suit in style, accenting the white ensemble with some particularly chic boots that showed off her stylish sensibilities. 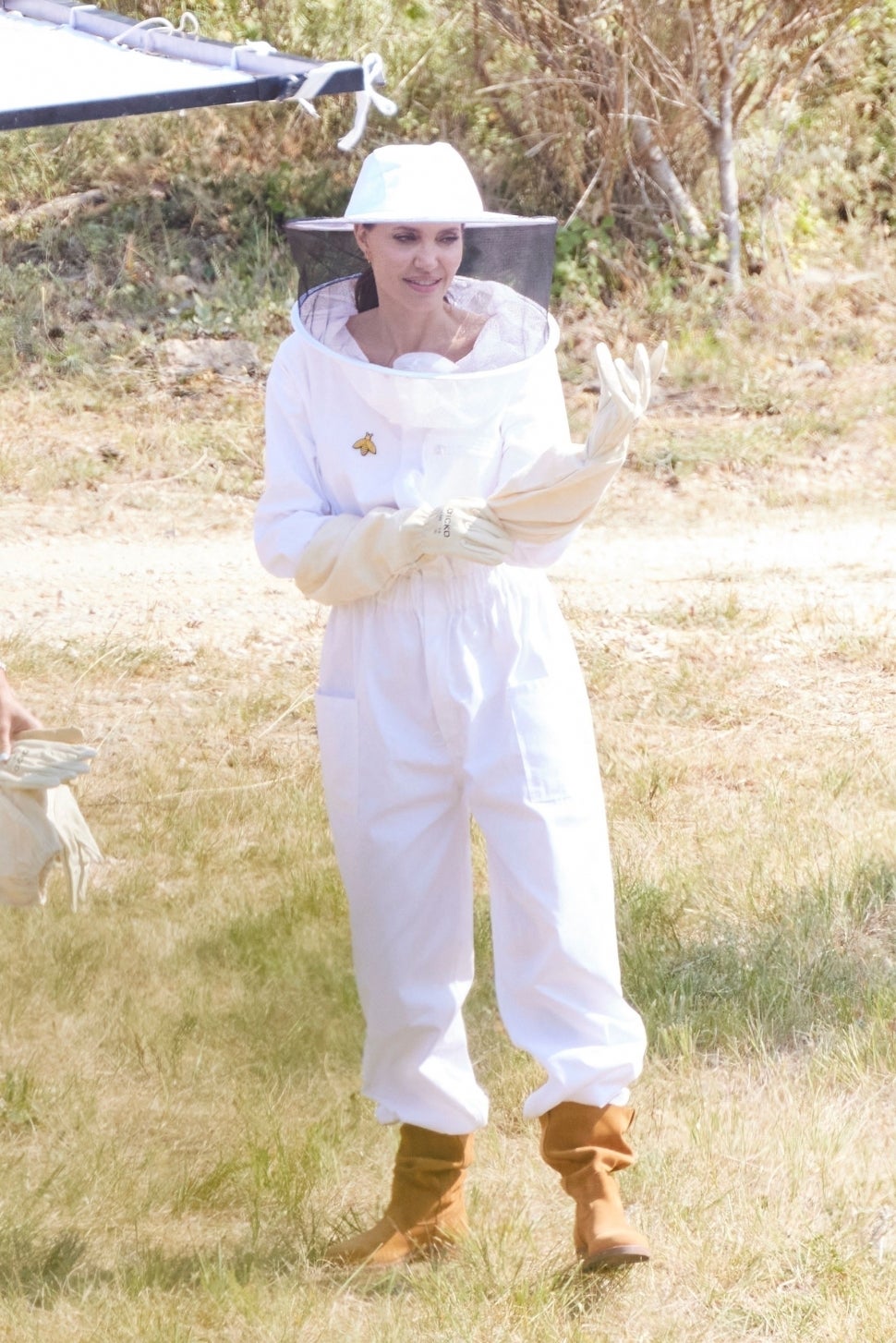 During the event, Jolie joined the newly graduated beekeepers at the celebrated French apiary, where she looked at the different hives and their tiny residents while learning about the bees and the science of beekeeping. 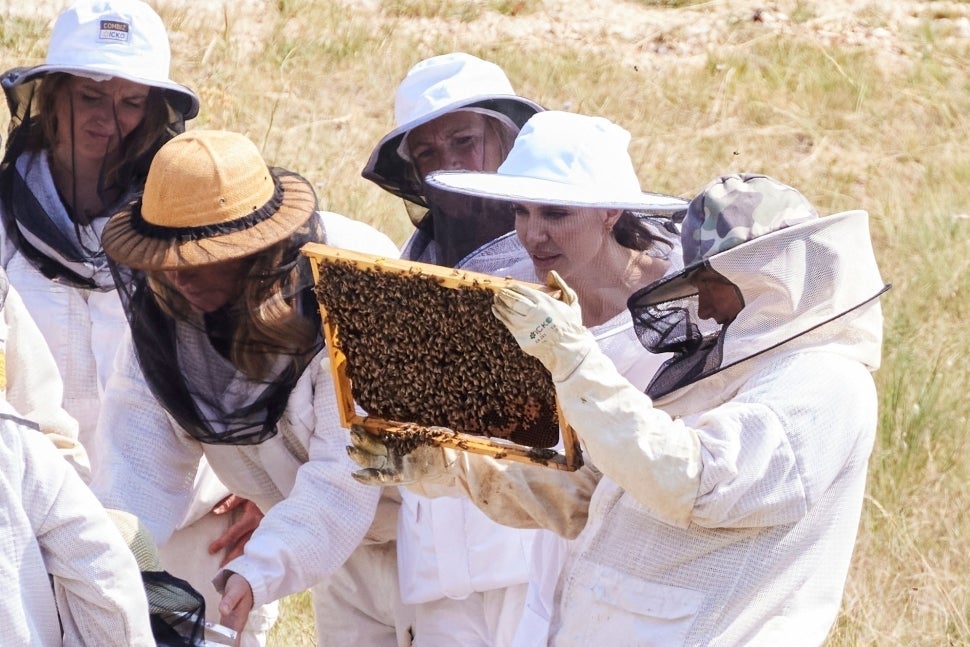 This marks the Women For Bees program’s inaugural session. The undertaking was spearheaded by Jolie, along with UNESCO and the cosmetics house Guerlain.

The effort is an attempt to increase worldwide biodiversity and stem the die off of bees by increasing interest in beekeeping and the education of professional apiarists.

The program is also meant to foster female entrepreneurship, according to UNESCO, who shared in a press release, “Over five years, 50 participants will learn the theoretical and practical bases of beekeeping, including the running of a professional apiary. At the end of the training, participants will have acquired all the protocols allowing them to sustain the life of their bee colonies and to become fully professional beekeeper-entrepreneurs, and members of an international network of female beekeepers.”

For more on Jolie’s recent work, see the video below.